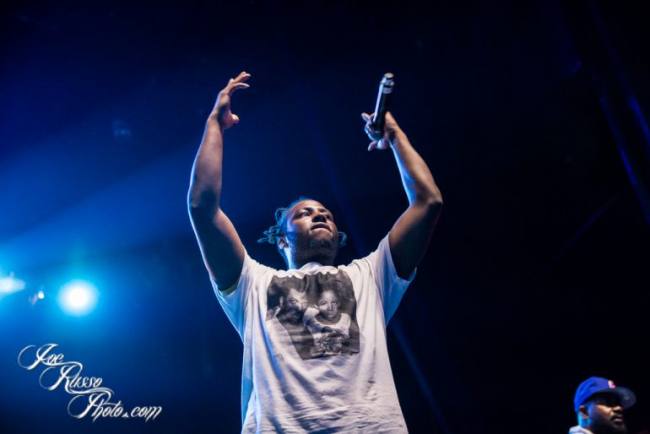 I can’t believe it’s been 25 years since the epic inaugural studio release of Wu Tang Clan’s ‘Enter the Wu-Tang Clan 36 Chambers. I remember being in college when it came out and this record was a game changer. It gave a tremendous amount of credibility to the fast moving hip hop game that was building off the foundation of what the previous generation of mc’s forged in the 80’s.
Here we are 25 years later and their music is just as relevant as ever. In celebration of the 25th Anniversary of this seminal album, they hit the road in celebration of it. And what a celebration it was.
The rain most definitely didn’t hold anyone back for this hometown show out in Brooklyn, NY at the Ford Coney Island Amphitheater. The place was packed from front to back. Wu Tang shirts as far as the eye could see. And so the celebration began. The energy was fierce and charged in anticipation of the Wu hitting the stage and it never let up the entire night.
The Wu came out on stage one member at a time as they began to run through and perform 36 Chambers in it’s entirety starting with ‘Bring the Ruckus’. They charged straight through to the last song of the album, joyously celebrating and spraying champagne on their fans.
About halfway through the show upon completion of 36 Chambers, each of them performed some of their solo hits to get the crowd frenzied even more. While Old Dirty Bastard is no longer with us, his son Barson Jones is carrying on his legacy under the moniker of Young Dirty Bastard. It’s uncanny how much he looks and sounds like his father and he seems to fit in nicely with the rest of the Clan.
The show raged on and the crowd sang every word to every song from beginning to end. What an amazing show…if not EPIC.