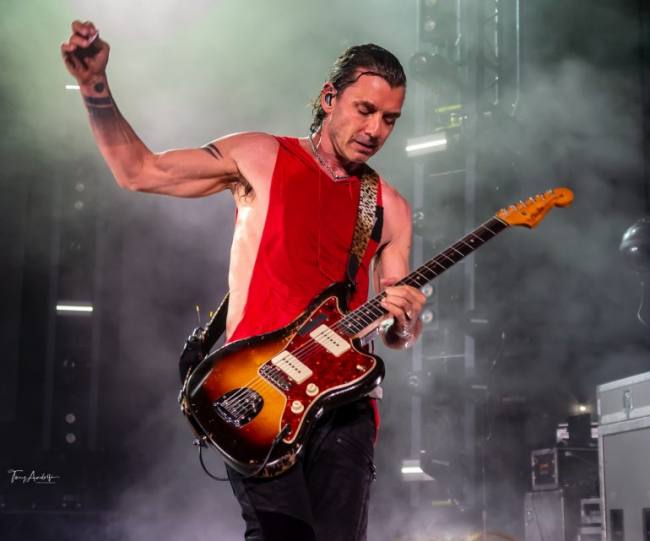 The Altimate tour featuring Live and Bush made its way to New Jersey on Saturday. The Nineties Rock groups have teamed up to brings their fans a high energy, light show extravaganza. This summer. Bush and Live both gave a headline performance, with each sharing the full stage.

Bush hit the stage first. Their Front man -Gavin Rossdale, led the fifty-five minute show packed with all their hits off the album “Sixteen Stone” that sold over ten million albums in the USA. Their eleven song set list also included a new single, “Bullet Holes” that is featured as the end title track in the movie John Wick 3. Gavin was unbelievable. His energy was contagious. He actually left the stage, and ran through the crowd- not stopping until he hit the lawn at the top of the arts center. Then he continued finishing the song, with all his surprised fans on the hill. A sight you had to see. I was truly blown away by their set. A must see show, for the nineties/rock fan.

Live then hit the stage with their fourteen song set list. Front man Ed Kowalczyk led the way. With popular hits like “lighting Crashes” “I Alone” and “All over you” the crowd was happy, and singing along with every word. Ed’s voice was strong and powerful. Chad Taylor and Zak Loy guitar playing was masterful. Like I said, the production of both the shows were outstanding. A must see show for the nineties/rock fan!! 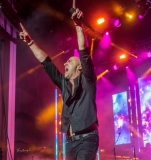 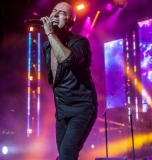 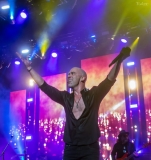 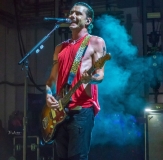 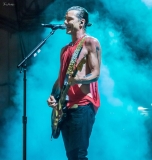 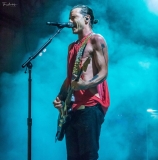 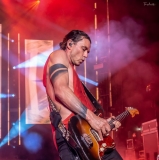 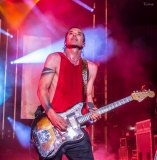 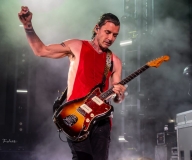 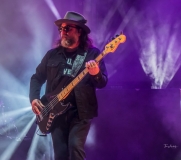