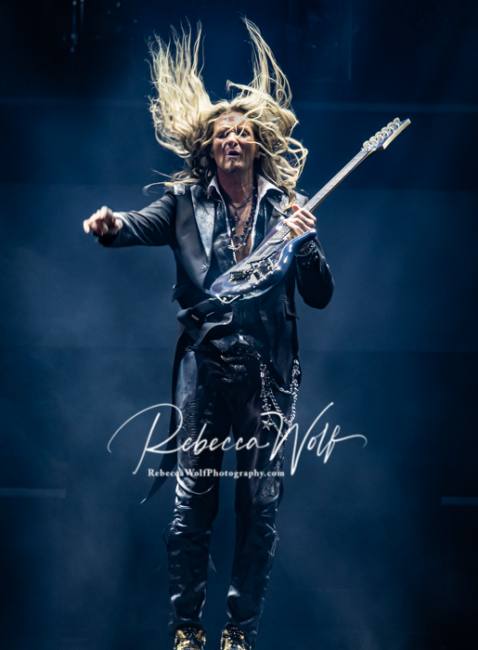 Almost a year ago to the date of the 2019 Trans-Siberian Orchestra show at the Prudential Center, I sat at the Prudential Center to see my first TSO performance, with no knowledge of the breathtaking, awe-inspiring show I was about to witness. I left the arena that night with two definite plans in mind. My first vow was to return the following holiday season to again witness this musical and visual extravaganza. My second was to share my enthusiasm for Trans-Siberian Orchestra, informing others that this is one show you MUST NOT miss.  Over the course of this past year, each time I reviewed my photographs from the 2018 TSO show, I was reminded of how spectacular the performance was, and shared my gushing enthusiasm with anyone also viewing my pictures. The moment the 2019 Trans-Siberian Orchestra tour schedule was announced, I booked my calendar. I was so enthused about seeing the performance, that seeing the show only once would not suffice.  While I have not been a TSO fan for a decade or two, like many fans, and though I do not know their song lyrics by heart, I believe the enthusiasm and joy I felt during both performances equaled that of their most adoring fans.

Trans-Siberian Orchestra’s 2019 winter tour, “Christmas Eve & Other Stories,” returned the band to its roots, to the album and tour that started it all, though with new staging, lighting and spectacular effects. The tour brought to life their 1996 debut album, of the same name, which is the first of their Christmas-themed trilogy. “Christmas Eve & Other Stories,” began the band’s tradition of holiday tours, which was masterminded by TSO’s late founder and composer, Paul O’Neill. While the band began touring in 1999 in only a handful of locations, the “Christmas Eve & Other Stories” tour became an annual national tour that lasted until 2011. While the content of the performance changed after 2011, TSO continued each year to expand their incredible performances and to showcase the remarkable talents of their musicians and singers. As stated by Paul O’Neill in the TSO website, ‘This is a group – a constantly morphing group – of extremely creative and talented individuals who are always trying to raise the bar of where a band can take its audience sonically, visually and emotionally.’  This is what Trans-Siberian Orchestra has successfully done, year after year.

While it’s been 8 years since TSO performed “Christmas Eve & Other Stories,” the plan was to make 2019 their most amazing show to date. “Christmas Eve & Other Stories” tells a tale, narrated on the East Coast by Bryan Hicks, of an angel sent to Earth on Christmas Eve to find the good in humanity. Along with classics such as “Christmas Eve/Sarajevo 12/24” and “This Christmas Day,” the show included audience favorites, “Ornament” and Old City Bar,” which had not been performed in recent years.  If experiencing the visually, musically and emotionally beautiful “Christmas Eve & Other Stories” wasn’t enough, upon completion of the album, Chris Caffery, unofficial TSO East “ring leader,” enthusiastically shouted to the audience, “Is everyone having fun so far?”  As the crowd roared back their thrilled appreciation, Caffery responded, “Well, now get ready for the second half of the show!”

“Get ready” was what everyone needed to do, as the intensity of the show amplified by 10 (if possible). Opening with a cover of the Savatage song, “The Storm,” the ominous sound of thunder and rain gave way to a powerful jolt of electrifying energy, as an enormous Tesla coil arose from the ground with shooting bolts of lightning, blasts of fire leapt from the stage, flashing multicolored laser beams filled the arena sky, and musicians frenetically played “The Mountain,” from TSO’s fifth rock opera Night Castle. Throughout this second half of the show, a mix of Savatage covers, tracks from TSO albums, The Lost Christmas Eve, Beethoven’s Last Night, and Night Castle, kept the energy and spirit on stage at its peak.

Like a kid in a candy shop, it was almost impossible to determine where to took first. Should you feast your eyes on the fantastical brilliantly colored lights and images flashing on screens behind the stage and around the arena? Should you look up at the enormous diamond-shaped light frames suspended mid-air, rising and lowering, tilting back and forth, and changing colors at the speed of light? Should your attention be drawn to the laser beams, criss-crossing the arena and bathing the audience in hues of red, green, yellow, blue and white? Maybe the heat from the blasts of fire shooting up from the stage would grab your attention or the enormous sparklers lighting up the stage. Or, just maybe…..it would be the incredibly skilled musicians and singers.

Joel Hoekstra, the ultimate rock and roll guitarist, showed the utmost enthusiasm, as he fiercely jammed on his guitar, flipped his long blond hair, and dramatically posed on stage. Violinist Roddy Chong, was astonishing to behold, and surely not your typical orchestra string player. Bounding back and forth across the stage and leaping as if he was on springs, Chong never missed a beat or a string. Keyboard players, Derek Weiland (musical director) and Mee Eun Kim, passionately pounded on the keys, at times in unison, at other moments in the ultimate ivory battle. Drummer, Jeff Plate’s energy was obvious from behind the glare of the cacophony of stage lights, as his arms and drumsticks flew above his head, powerfully landing atop the drums. Tony Dickinson demonstrated tremendous passion and skill on bass, and with a broad smile across his face, no one would doubt he was having the time of his life. Fellow guitarist, Chris Caffery,“host” of the evening, traveled about the stage with energy, enthusiasm, and positive spirit. While occasionally communicating with the audience, it was apparent how much heart and soul Caffery invested in the band during the past 21 years, and how much the late Paul O’Neill “our angel” meant to him.

There would be no Trans-Siberian Orchestra without the immensely talented singers, five women and four men, performing together as a choir and as individual artists.  Each vocalist had a strong, rich, textured voice, that added depth and meaning to the songs they were singing. This was especially the case with Zak Steven’s beautiful and emotional “Old City Bar,” Robin Borneman’s powerful, breathtaking “Believe,” and Kayla Reeves’ intensely passionate performance of the newly discovered song, “Can You Hear Me Now,” written by Paul O’Neill, 35 years ago.

In order to take my vow of sharing my enthusiasm for Trans-Siberian Orchestra one step further, I brought my best friend, her husband and my daughter to this year’s performance. My best friend commented that she never could’ve imagined the spectacular performance she witnessed. My daughter was likewise in awe, and noted that the enthusiasm and passion the TSO members displayed made the show even more incredible. We all left the arena in a bit of a daze….a sugar overload.  After being given free-range in a candy shop (a rare experience) and sampling the best treats, you don’t want the moment to end. However, you know if it continues too long, the candy won’t be as sweet or exciting anymore. It’s the rarity, the waiting, the treat, that makes it all the more special. So, we will hold on to our spectacularly sweet memories, and bide our time until next year, when we have the opportunity to revisit that candy shop and fill ourselves again with all the incredible musical, visual, and emotional sweets that Trans-Siberian Orchestra has to offer. 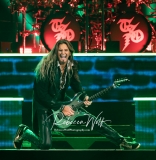 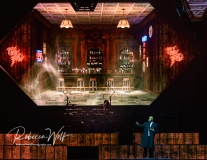 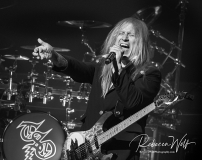 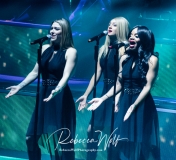 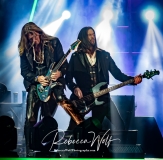 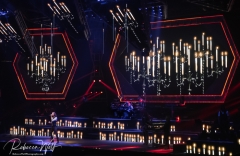 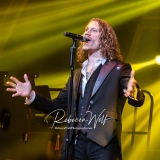 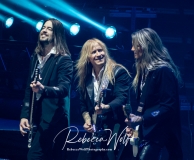 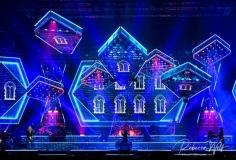 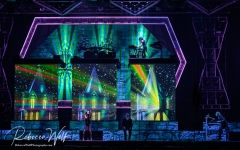