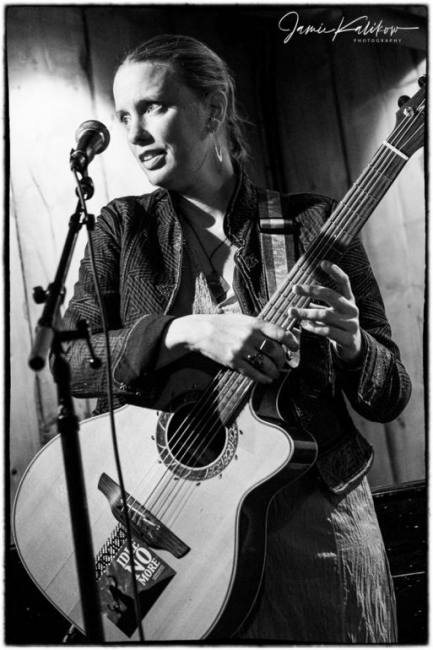 Morley, a New York City-born singer-songwriter, played Rockwood Music Hall in NYC at 4:30 in the afternoon — to a full house!

Masterfully backed by Chris Bruce on guitar, Meshell Ndegeocello on bass and Jack DeBoe on drums, Morley’s rich and utterly beautiful voice filled the venue with a blend of jazz, folk and soul sounds.

Most of the songs, with their strong calls for social change, were written by Morley.

The combo of stellar voice, band and songwriting delivered awesome music to an enthusiastic crowd that often joined in with the vocals.

This year, Morley got involved in a collaborative effort creating Borderless Lullabies which is a collection of songs and spoken-word recordings, with 100% of proceeds benefiting KIND: Kids In Need of Defense (supportkind.org).

In Morley’s own words:KIND came to my attention through playwright and activist Eve Ensler, who visited the border with KIND last month. Her heartbreaking account of what she witnessed emboldened me to find a way to take action with the mightiest tools I know: music, and the power of our collective voices.

May this offering be of service and may we realize that we are each other’s only home, protect the babies, respect the cultures, end race hatred and bigotry.

The KIND staff and their pro-bono attorney partners at law firms, corporations, and law schools nationwide represent unaccompanied immigrant and refugee children in their deportation proceedings. Together, they ensure that no child stands in court alone.
The majority of the children KIND serves have fled extreme violence in their home countries — many have been, threatened or attacked by gangs, abused, abandoned or trafficked. They come seeking safety, but find new challenges in the U.S.

Borderless Lullabies is available as a download exclusively on Bandcamp, for the at-cost price of just $18 (https://borderlesslullabies.bandcamp.com). 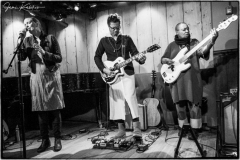 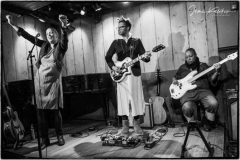