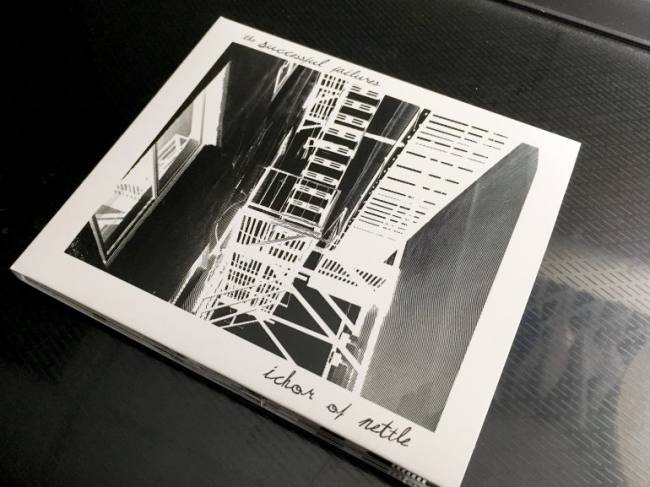 It all started one night, I was at the show to watch Men Without Hats and The Successful Failures opened for them. Quite honestly, I was amazed, I was like wow, these guys are awesome! Then I posted that blog link, and Mick, the lead singer of the band contacted me. They really loved the photos that I shot. We went back and forth and next thing I knew, we were trying to get a date to photograph everyone for their next upcoming album.

Working with the guys, collaborating, staying true to who they are, their brand, what they wanted for their new album, letting me see the lyrics to the songs a few months in advance, showing examples of where they wanted to do for outside shots. We tossed around some ideas and locations. But, it was hard to schedule everyone to be there at the same time. So, photographing them in the studio was the best thing for us all, but I still wanted to give them more.

On January 14th, 2017, everything came together for their photoshoot. It was an overcast cold NJ day, I mean it wasn’t just cold, it was BITTER cold, like it was about to snow with ice mixed in. The guys made sure that they had clothing on that they wanted to be in, asked my opinion on some, and then we all started.

My goal is to be like a “fly on the wall”. Yes, we chatted, laughed, but I stayed low, and just let them be themselves. While I was there, they were working on their song, “The Shit That Weighs You Down”. We tried some posed shots in the studio, of them standing up, and sitting on the couch, but it wasn’t enough for me.

I was thinking back to what Mick was saying what he originally wanted, a location that had some history to it, that represented who they were, where they come from and their overall branding. There was this alleyway/street in Bordentown that has these fire escapes. So we head over to the location, it’s only less than 10 minutes away. It’s getting colder, and starting to snow. I had them take off their warm coats and hats off and they let me tell them what I wanted, they trusted me.

For the main cover image, we’re all trying to get Ron to smile and he’s doing his best, and then Pete does his “thing” and that’s how that shot came to be. It took everyone by surprise. We went across the street to my friend’s house because these row of colonial homes fit what I was looking for. So with her permission, we photographed the guys there.

The album launch happened on October 20th, 2017 at The Record Collector in Bordentown, NJ. The Paper Jets opened for them, the two bands compliment each other really well. The album, Ichor of Nettle, is amazing, I have a lot of favorites, The Shit That Weighs You Down, Misguided Light, PA Fight Song, Baby Home Tonight, to name a few. The lyrics remind me of where we live, but ring close to home for what happens in my life at times. The harmonizing of their voices compliment it, no surprise because The Beatles is one of their favorite bands. Their influences from The Beatles and the way that they tell stories come through clearly. This album is polished, but rough and gritty when it needs to be. Basically this is the perfect album that sounds great while listening to it at home or in the car, but when they perform live, there’s no deterioration of sound or energy like with some bands. 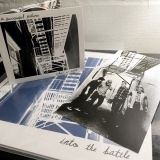 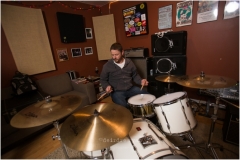 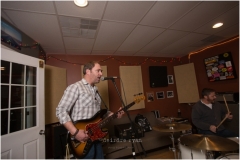 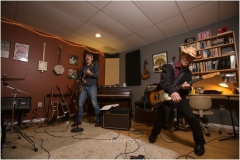 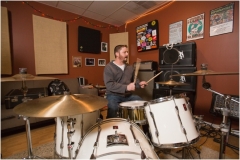 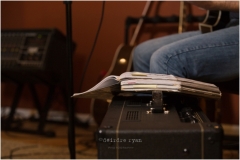 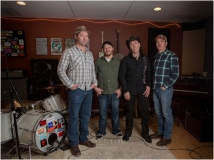 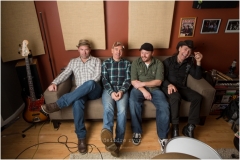 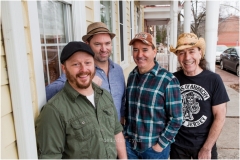