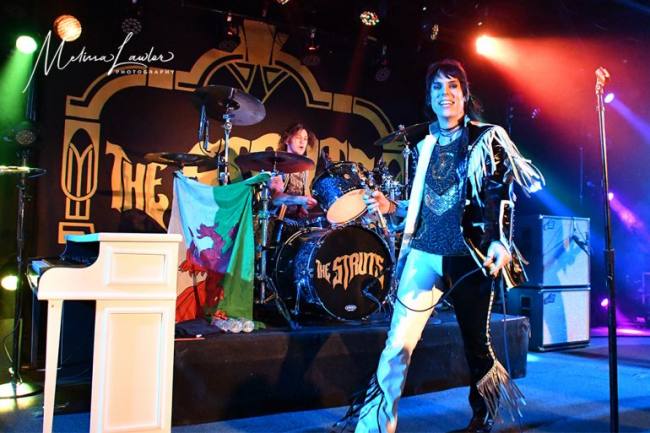 The Struts are a band from Derby, England formed in 2012 that have opened for some of rock’s biggest bands such as the Rolling Stones, the Who, Guns N’ Roses, Mötley Crüe and the Killers. And also, the Foo Fighters, which is where I first saw them in July of this summer at Madison Square Garden in New York City. I was very much intrigued by their look and sound. There are four men in the band: lead vocalist Luke Spiller, guitarist Adam Slack, bassist Jed Elliott, and drummer Gethin Davies. Their influences range from such bands as Queen, The Darkness, The Rolling Stones, Aerosmith, Def Leppard and more. Front man Luke Spiller, who has tremendous high energy stage presence, is a glam god dynamo! At times it feels like he’s a reincarnation of early Freddie Mercury. So, when I heard The Struts were playing the legendary Stone Pony in Asbury Park, I knew I had to see them.

SOLD OUT SHOW. And rightfully so. The enthusiastic crowd packed the club and gave this British glam-band a very warm welcome to the Jersey shore. Spiller asked for a show of hands, to see who had seen The Struts in concert before and who was seeing them for the first time. And then he asked who saw them open for the Foos this summer. It seemed about half and half, of first timers and experienced fans.

From a photographer’s perspective, this show was incredible to shoot! I like a performer that makes me work for my shots while I have a lot of fun. And Spiller had me working. I loved watching the connection between the band and the fans. “Is anyone feeling sexy tonight?!?,” shouted Spiller before going into ‘Dirty Sexy Money’. His hip swagger-n-strut is infectious and had everyone in the crowd moving. He then spoke about the new album coming out in a month and sang ‘People’. Next, Spiller asked if the crowd was ready to sing. He did a quick change of flashy attire, sat at the piano and went into, ‘One Night Only’. “I’m having fun tonight!” Spiller squealed as he spoke about the Stone Pony being a legendary place. He said he wanted to turn this sweaty crowd into a dancing night club, then told everyone to grab the person next to them and say, “Let’s dance!” Which led them into the next song, a cover of Bruce Springsteen’s ‘Dancing in the Dark’. Spiller searched the crowd and said, “I need my very own Courtney Cox! “You need to be able to dance, and you need to be able to sing (just a little bit).” After he chose a young woman from the crowd, she was brought up onstage and they had a blast together while all of us sang and danced along with them.

This show had everything! Glam, glitz, glamour…and even a wedding! Two young fans professed their love for one another, and for The Struts, in front of this intense crowd as drummer Gethin Davies performed the ceremony. He used the band’s song titles in the nuptials and ended it with, “If things don’t work out you can always do ‘The Ol’ Switcheroo’ (which is a song off of their 2014 album, ‘Everybody Wants’). Very clever!

But before they would end their show, Spiller told the crowd that they didn’t have a budget for fireworks. Instead, he wanted everyone to participate in creating ‘human fireworks’. The entire audience crouched down on the floor and waited for the buildup of the final chorus, to which everyone jumped up explosively and went wild.

I didn’t want this show to end. Everyone was having so much fun, which is what The Struts’ main goal is all about. The room felt like one big connected family. These guys are soaring to the top! Look for their new album, ‘Young & Dangerous’ landing on October 26th via Polydor Records.

Next time I see them, I have a feeling they will get their wish and have real fireworks! 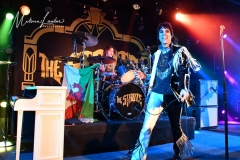 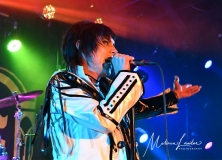 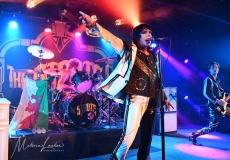 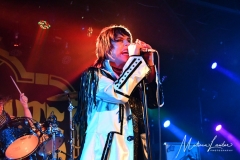 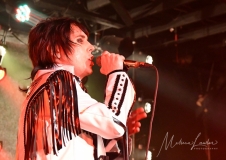 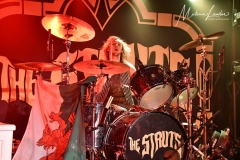 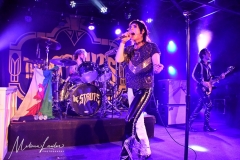 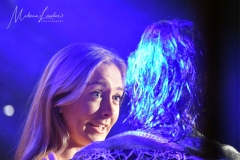 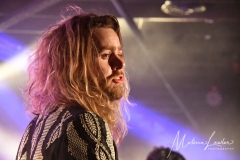