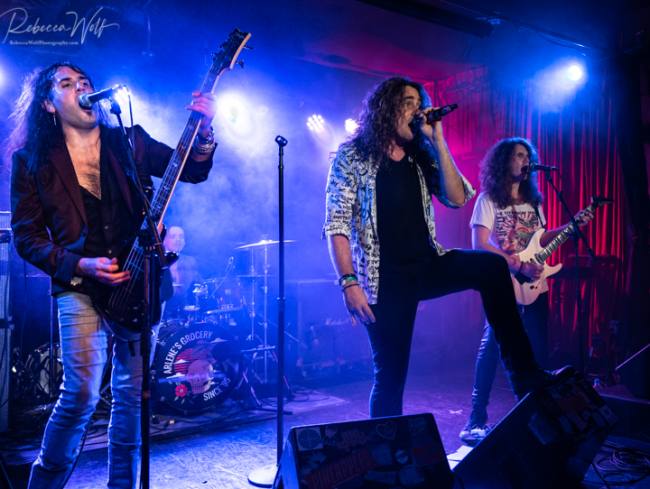 For the first time since before the pandemic, Station ventured onto the stage at Arlene’s Grocery in NYC, on October 22nd, to celebrate the release of their new album Perspective, released on 10/8/21. Arlene’s Grocery is an intimate setting, with an underground feel, in the heart of the East Village. This small, dimly lit room (beyond the stage lights), packed an energy and spirit well beyond the square footage. The evening of music began with the band Slark Moan (a bluesy rock band), followed by Thrillerdriver (with a harder rock feel), and culminated with the headliner of the night, Station. By the time Station entered the stage, the room was filled with eager fans, tingling with anticipation.

From the band’s first explosive note, on “All You Need is a Heartbeat,” released as a single in 2017 and included in the LP Stained Glass (2019), the crowd was completely engaged and remained locked in for the over hour and a half set.  The energy of Station’s music was amplified by the fiery spirit emanating from the members of the band. Having missed out on performing for close to two years, the band’s thrill for sharing their music and engaging with the crowd was exceedingly apparent. Whether jamming on their guitars, pounding the drums, flipping their hair, or euphorically singing, the members of Station were all in….and so were their fans. The evening’s set included a range of music from Station’s catalogue. High-energy numbers, included, “Cost of Sand” and “More Than the Moon,” from the album, More Than the Moon, “Everything,” from the band’s self-titled album, Station, and “Believe,” “Don’t Keep Me Waiting,” and “I Can’t Find My Way,” from Station’s current album, Perspective. In addition to these head-bobbing, fist-pumping numbers, the set displayed the band’s diversity with several heartfelt power ballads, including, “Are You Sleeping Alone,” “Never Enough,” “Do You Really Want to Fall in Love Again,” and “Spanish Steps,” the latter two from their new release.  Ending the evening with “I Won’t Break Your Heart,” the spirit and passion on stage was matched by the applause and cheers from the adoring crowd. No wonder “Guitar World” recently recognized Station as part of “the New Wave of Classic Rock.” Station’s music is new; it’s energetic; it’s diverse and it’s all their own. Definitely a band not to be missed!

On Monday October 18th, prior to the show at Arlene’s, I was fortunate enough to sit down over Zoom with Chris Lane, founding member of the band. CLICK HERE TO READ INTERVIEW.

Review and Photographs by Rebecca Wolf. 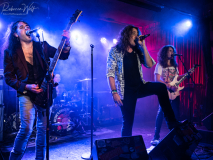 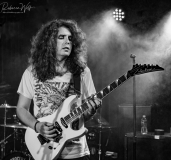 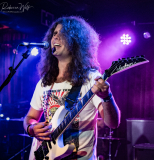 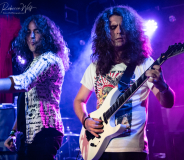 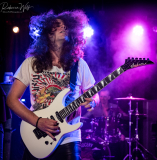