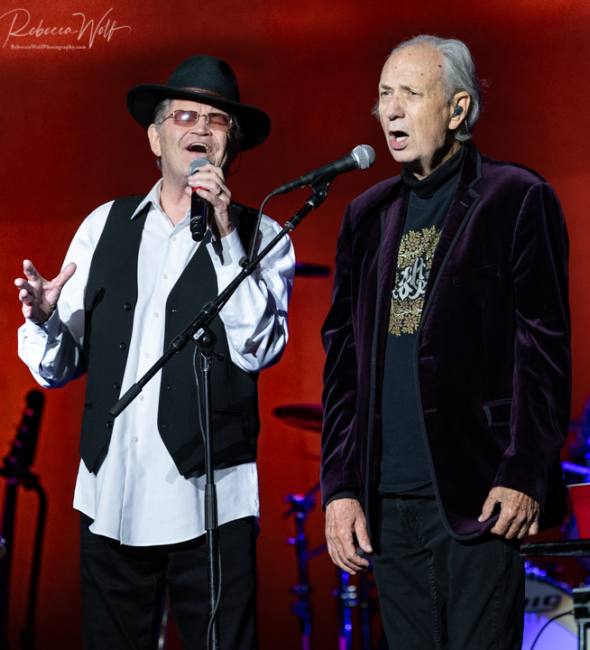 It’s been more than 55 years since 4 young actors/singers/musicians were brought together to star in an American sitcom about a fictitious band (The Monkees) trying to make it in the world of rock ’n roll. Little did TV executives know the show they created would evolve into a musical band, The Monkees, that would long outlast the TV show, would record platinum selling albums, have chart topping hits, including “Last Train to Clarksville” (#1 on Billboard Hot 100 – 11/5/66) and “I’m a Believer” (#1 hit of 1966 and best selling single of1967), and play tours around the globe for decades.

Initially, these gentlemen (Mike Nesmith, Micky Dolenz, Peter Tork and Davy Jones) had limited musical involvement in the show and in the recording studio. Songwriters, producers and backing bands were hired for the creation of The Monkees music, with Nesmith, Dolenz, Tork, and Jones contributing individually recorded lead vocals.

This did not sit well with The Monkees, particularly Mike Nesmith, who was already an established songwriter and musician. Peter Tork was on the NYC music scene as well, when he was cast in the show. It wasn’t until The Monkees 4th album, Pisces, Aquarius, Capricorn & Jones, Ltd., released 11/6/67, when the band members finally gained a level of control they’d been striving for and were able to play their own instruments, as a real band.

Although the TV show lasted for only two seasons, after Pisces, Aquarius, Capricorn & Jones, Ltd., The Monkees released two albums with the four band members, before Peter Tork’s departure. The Monkees continued with the remaining members until 1971, releasing three additional albums. In 1986, after 15 years, The Monkees reunited (including various members over next following 35 years), and released four albums, in addition to participating in a number of reunion tours.  Unfortunately, Davy Jones passed away in 2012 and Peter Tork passed in 2019. However, Micky Dolenz and Mike Nesmith, still wanting to share the music of The Monkees with adoring fans, embarked on The Monkees Farewell Tour this fall, after Covid postponed their 2020 tour.

On October 19th a large, enthusiastic crowd filled the seats at the Count Basie Center for the Arts, for this much awaited performance of Nesmith and Dolenz. As the theater lights dimmed and the stage lights rose, Nesmith slowly entered from stage left to boisterous cheers, with a beaming smile that further lit the stage. Making his appearance from stage right, Dolenz, sauntered on stage with his black hat and trench coat, and a cheeky grin, to booming applause.  Although Nesmith appeared a bit physically frail, it was soon obvious that any sense of frailty was only in relation to his physical strength. Nesmith’s memory and oratory skills were as sharp as a tack, as over the course of the evening he delighted in leading the audience down the historical path of The Monkees….sharing facts, stories and his own philosophical connections between past and present experiences. It was a delight to watch and listen to Nesmith, as he gestured while speaking, endearingly looked towards Dolenz to include him in the narratives, and spoke to the audience like a warm, caring grandfather, engaging family members in tales of his life.

As Nesmith spoke, Dolenz watched with a look of fondness on his face…perhaps envisioning the highs and lows they’d experienced together, as part of each other’s lives for over a quarter century.  Dolenz’s caring smile spoke to how these two gentleman currently balance each other out. There was a sense that the more robust, agile Dolenz had a watchful eye over his dear friend. While Nesmith generally did his storytelling near (from) his bar chair, Dolenz took lead on the majority of the vocals, as he milled about the stage with his trusty tambourine. Dolenz couldn’t help but be a presence on stage, with his broad grin, and a mischievous twinkle in his eye.

Dolenz’s voice remains strong, vibrant and powerful, belying his age. While Nesmith no longer has the same vocal power, there remains a warmth and spirit in his voice that complemented well with Dolenz, as they sang together during most of the night’s 30+ songs. The first set of the evening included the band’s hit song, “Last Train to Clarksville,” the Mike Nesmith penned, “Different Drum,” and the Goffin/King written, “Pleasant Valley Sunday.” Additional songs included, “The Door Into Summer,” from Pisces, Aquarius, Capricorn & Jones, Ltd., as well as “(Theme From) The Monkees”.  The second set opened with the Goffin/King written, “Porpoise Song,” (sang solo by Dolenz), as well as, “While I Cry, “ a beautiful solo number sung by Nesmith, “A Little Bit Me, a Little Bit You,” energetically sung by Dolenz, and the band’s iconic song, “Daydream Believer, written by John Stewart. The Monkees’ #1 hit, written by Neil Diamond, “Im a Believer,” was the final song of the evening, bringing the entire adoring crowd to their feet.

Throughout the over 2 hour performance, the energy and enthusiasm in the audience never wavered. The fans (of all ages and backgrounds), were thrilled to be sharing such a special evening with these icons of musical history. Those who grew up watching The Monkees on TV and listening to their music (upon first release) knew just how special it was to have these two gentlemen present, and still able to perform. Dolenz and Nesmith equalled the crowd’s spirit for the entirety of the show; a testament to their love for the music and The Monkees and sharing this experience their fans. While this might be The Farewell Tour for Mike Nesmith and Micky Dolenz, this is in no way a farewell to the music and legacy of The Monkees, which I suspect will live on for years to come. Yes, “Im a Believer.” 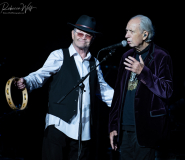 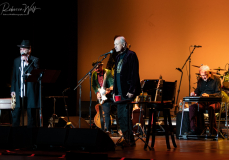 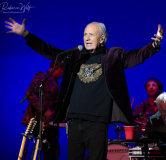 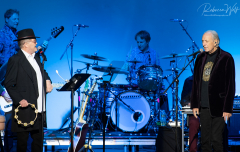 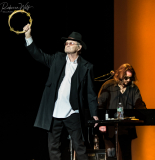 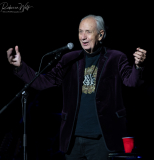