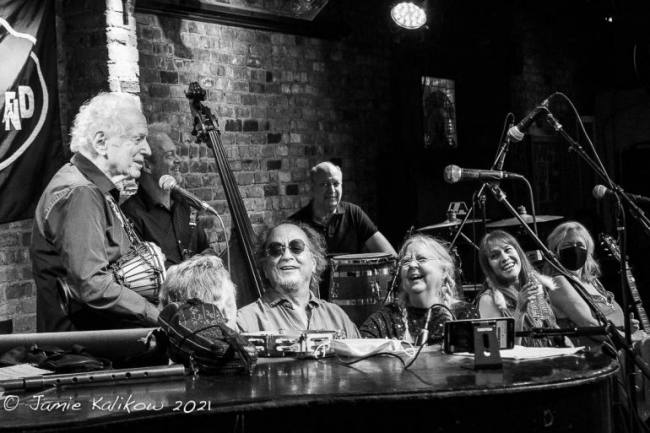 Once again, a celebration of the New York folk scene closed The Village Trip, the festival – now in its third iteration and extended to nine days – that celebrates the social and cultural history of Greenwich Village. And once again the venue was the Bitter End, https://bitterend.com, the landmark club at 147 Bleecker Street on whose stage so many names were made, and reputations burnished. This year marks its sixtieth anniversary and Sing Out! as the gathering was named tipped its hat to that auspicious birthday.

Lest we forget, Greenwich Village was ground zero of the New York folk revival which could be said to have begun on March 3, 1940, when Pete Seeger met Woody Guthrie at a benefit for the John Steinbeck Committee for Agricultural Workers. By the 1960s, it was well underway and on rickety stages in so many Village clubs and coffee houses the likes of Phil Ochs. Tom Paxton, Judy Collins, Eric Andersen, and Dave van Ronk, “the Mayor of MacDougal Street”, plied their trade. On Sundays, the fountain in Washington Square Park was a magnet for students and kids from out of town, among them a teenage Janis Ian.Bob Dylan hitched his way east in January 1961, in search of Guthrie. He was soon scuffling for dimes in the clubs, probably making his debut at the Gaslight, and securing a residency at Gerdes Folk City. Robert Shelton’s New York Times review of “A bright new face in folk music” (September 29, 1961- another sixtieth anniversary) launched Dylan’s career and the sounds of the folk revival found their echo far beyond the United States.

Christine Lavin was waiting tables at the legendary Caffe Lena in Saratoga where she was spotted by Dave Van Ronk, who persuaded her to move to New York City and pursue a career as a singer-songwriter. As MC for Sing Out!, she introduced David Buskin & Robin Batteau, who blew in briefly from Massachusetts for the evening, Hannah Reimann, a multi-genre musician based in the Village, and the inimitable David Massengill, the singer-songwriter whom Van Ronk liked to say “took the dull out of dulcimer”. And then of course there was David Amram, Artist Emeritus of The Village Trip, who sang, rapped, played a variety of instruments, and jammed with everyone. Bassist Rene Hart and drummer Marshall Rosenberg provided back-up

Hannah Reimann marked yet another musical landmark – the fiftieth anniversary of Blue by Joni Mitchell, who Shelton reviewed at the Bitter End on July 5, 1968, noting “a fine voice,” and observing that Mitchell “writes like a poet and strums like the devil.” Reimann played piano and dulcimer and was joined by Michele Temple on guitar and Felipe Torres on Cahone and other hand percussion for a special after-show performance. 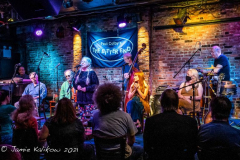 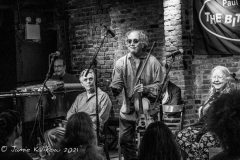 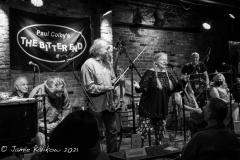 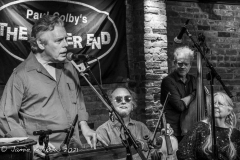 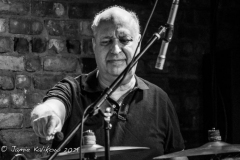 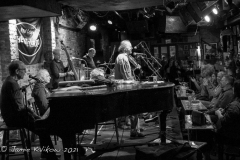 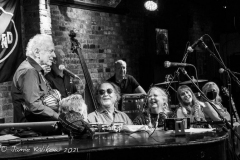 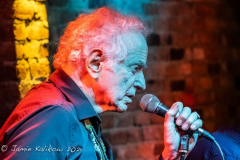 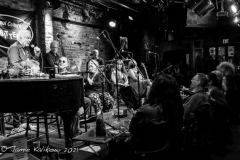 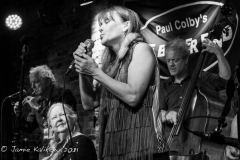 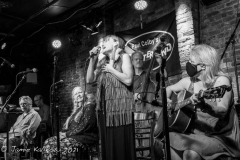 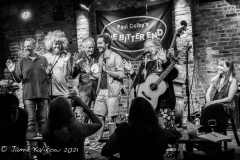 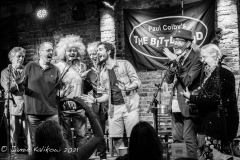 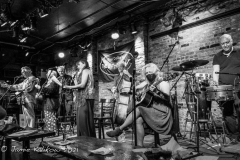 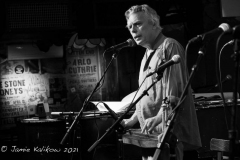