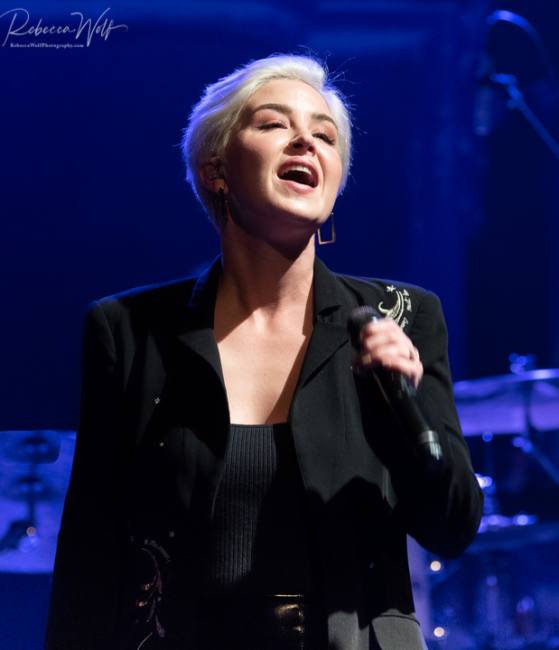 Having been relatively unfamiliar with singer-songwriter Maggie Rose, I didn’t know what to expect upon arriving at the Musikfest Café on September 30th.  I was pleasantly surprised to see the size of the crowd, as enthusiastic fans congregated at their tables. Obviously, others were not in the dark like I was regarding Maggie Rose’s musical talents.  A mere few notes into her performance and I too became witness to her incredible artistry. Maggie Rose’s voice is full of warmth and richness. It can be sultry and velvety smooth, as well as pack a powerful punch. It’s always a wonderful surprise to discover “new” artists and music. However, when it’s someone who’s been on the scene as long as Maggie Rose, you wonder where you’ve been all this time.

Maggie Rose made her debut in the music industry in 2009. While she began her career as a country artist, over the following decade she honed her musical interests and has emerged as predominantly a rock and blues singer-songwriter. However, Maggie Rose and her music need not be confined to one genre or one sound. Her skills are diverse enough that she is able to mix and meld musical styles and genres and create a sound that is purely Maggie Rose. Since her beginning in the business, Maggie Rose has released 3 LPs, as well as multiple singles and EPs.  Her most recent LP, Have a Seat, hit the airwaves on August 20, 2021,

Maggie Rose’s debut album, Cut to Impress (2013), and its first two singles, “I Ain’t Your Mama” and “Better,” were noted for highlighting her powerful, commanding voice, and both songs were Top 30 singles on Billboard Country Airplay.  By 2016, Maggie Rose began diversifying her songwriting and her EP, Variety Show, combined a country sound with a bit of pop and soul. While Maggie Rose remained in the country scene over the next few years, she continued to stretch her wings and released several soulful ballads, in the form of digital singles, with touches of pop and R&B. In September 2018, Maggie Rose released her second LP, Change The Whole Thing, which was described by Rolling Stone as a “must have.” Not one to remain in the studio, over the years Maggie Rose visited the U.S. Troops in the Middle East, headlined tours, performed at music festivals, and made multiple appearances at the Opry Show.

Maggie Rose is an undeniable presence on stage. On the Musikfest Cafe stage, she exuded an aura of confidence and sophistication that drew the audience in and commanded attention. At the same time, Maggie Rose presented as genuine and accessible. With her radiating smile, it was obvious she wanted to connect to and communicate with her audience.  This feeling of connection and communication was noted first and foremost between Maggie Rose and her band members. On stage, they shared a palpable bond. However, Maggie Rose’s band does not solely function as a backing band. They are their own successful musical group that creates, records and tours their music. Since their debut album in 2013, Them Vibes, has been showcasing their truly unique and engaging look, feel and electric vibe.

Them Vibes has its roots in NYC, born out of a musical connection between singer Larry “Brother Love” Florman and guitarist Alex Haddad. Upon moving to East Nashville, the duo expanded to include guitarist Kyle Lewis and have since added Kaitlyn Connor on keyboards, Judd Fuller on bass and Taylor Jones on drums. The band’s name, Them Vibes, is perfectly suited for a group that’s all about a vibe…a feeling…. a musical expression. While appearances would suggest they are a 60s rock band, Them Vibes’ music includes strong elements of funk, groove and an Americana sound.  Their music (and they themselves) are energetic and upbeat and they are eager for their audience to join in this positive spirit.

From the moment Them Vibes made their way onto the stage their infectious energy (along with their burning incense), was spearheaded by the effervescent, eye-catching “Brother Love.”  As “Brother Love” paraded about the stage, singing, dancing and playing the shekere (African Drum), his exuberance drew you in and made it hard to take your eyes away. While “Brother Love” was the ringleader of this musical party, every band member was equally engaged in the spirit and vibe of the band. This level of enthusiasm was only heightened when Maggie Rose joined Them Vibes and took her place centerstage.

While “Brother Love” transitioned from lead singer to percussionist/vocalist, he remained equally present and involved, both musically and energetically. Beyond her vast vocal abilities, Maggie Rose added her glow to the scene; everything seemed just that much brighter. During the set she performed songs from her new album, including, “What Are We Fighting For,” “For Your Consideration,” and “Saint,” and displayed her connection to her band members, as she sang face to face with guitarist Alex Haddad, and side to side with “Brother Love.” This feeling of connection and shared joy existed throughout the remainder of the evening, as band members moved about the stage, jamming, singing and grooving together.

As Maggie Rose’s set was coming to a close, this family-like connection was extended to the evening’s opening act, singer-songwriter, musician, Dylan Hartigan, who was invited to join Maggie Rose and Them Vibes on stage. While Hartigan is new to the industry, having just released several singles in 2020 and 2021, his beautiful singing, songwriting skills are clearly evidenced. Hartigan’s folk, indie, Americana sound is soulful, at times heart wrenching, and seemingly incongruent with his hipster attire (knit cap, checkered pants, work boots). One listen to “Moonlight,” “My Island,” or “Stop, Look and Listen” (and a look at the lyrics) and it’s easy to see that this artist has depth, tales to tell and the skills to share them with musical brilliance.

Having begun the evening at the Musikfest Cafe believing I was solely coming for a Maggie Rose show (an artist I had limited familiarity with), I ended the night having learned about three artists I was (and still am) thoroughly impressed with …. artists who’ve already become part of my musical repertoire.  As a consummate lover of 70s and 80s classic rock, I have long held onto the belief that I wouldn’t encounter new artists whose music would grab my attention or make me feel a connection. I’m thrilled to discover I was incorrect. I’m already looking forward to these artists coming through town again and I’m ready experience what new musical talents are out there on the horizon. I invite all of you to join me in this quest! 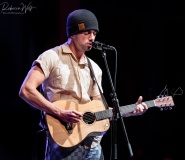 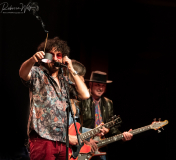 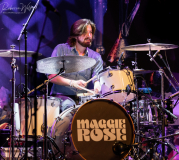 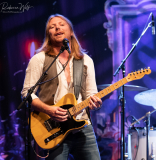 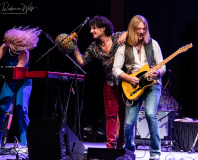 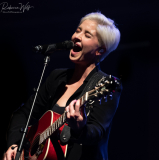 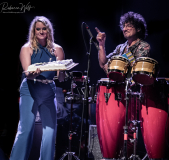 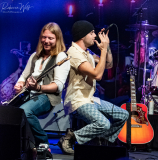 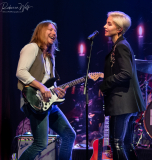 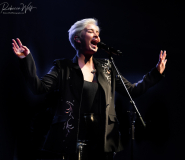