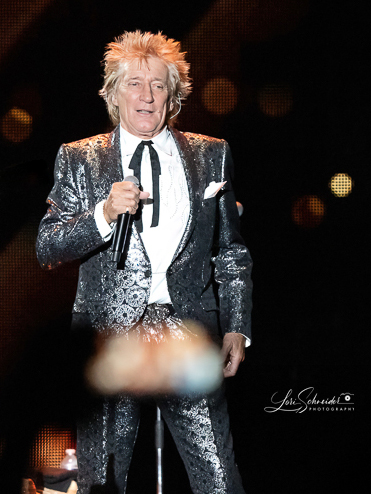 With a career spanning 6 decades, Sir Roderick David Stewart (aka Rod Stewart) took the stage at Hersheypark Stadium in Hershey, PA on Saturday, August 20th, for his 2022 North American Tour which kicked off in June. At 77 years old, his signature raspy voice is still as distinctive as ever and sounds incredible seemingly defying time considering he began his music career back in 1962.

Rod with his incredible band and arsenal of backup singers opened the show with a cover of his mate Robert Palmer’s 1986 hit “Addicted to Love”.  The backup singers even looked the part as portrayed in the music video flanking Rod on both sides with black suits and guitars. The stage provided a great backdrop as it was framed up, down and all around (and behind) with large video monitors.

This legendary professional performed almost 2 hours singing 23 songs which included “Maggie May”, “Do Ya Think I’m Sexy”, “You Wear it Well” and “Forever Young” to name a few of his originals. Also performed were some covers such as “Some Guys Have All the Luck” (The Persuaders), “The First Cut is the Deepest” (Cat Stevens) and “Have You Ever Seen the Rain” (Creedence Clearwater Revival).  An acoustic set performed consisted of “You’re in My Heart”, “Tonight’s the Night”, “Have I Told You Lately” (Van Morrison) and “People Get Ready” (The Impressions).  For an encore, Rod performed “Sweet Little Rock & Roller” (Chuck Berry).

This was a great moment in time to witness this true entertainer and full production show with an incredible band and amazing backup singers /dancers/musicians who all appeared to really enjoy each other and what they were creating and presenting for the crowd that came to see them. Near the end of the show, Rod was kicking soccer balls into the adoring crowd of fans (of course being the huge soccer fan that he is).

You can find him online at www.rodstewart.com

On the double bill for the night was opening act Cheap Trick who performed a power hour of rock and roll music. Together for almost 50 years, these rock and roll hall of fame inductees opened with “Just Got Back” and belted out signature hits such as “Dream Police”, their 1988 hit “The Flame”,  “Surrender” and 1977 hit “I Want You to Want Me” performing  for their fans a 13-song set. 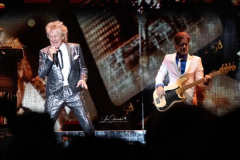 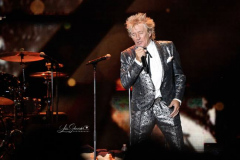 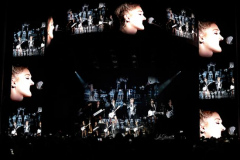 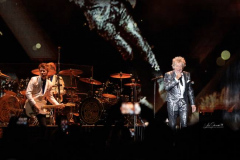 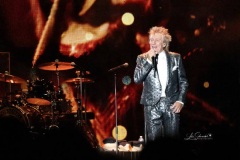 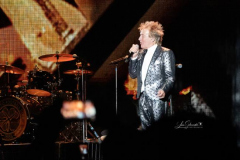 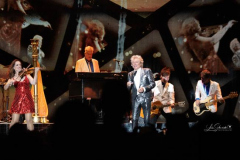 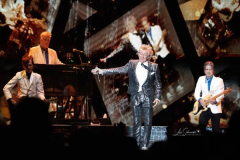 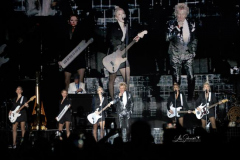 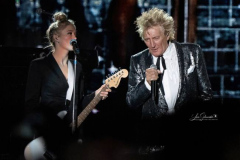 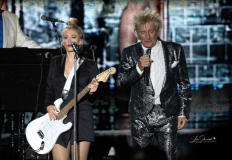 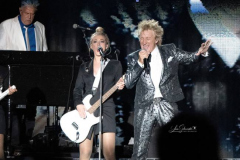 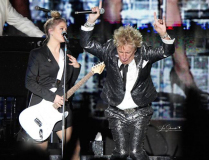 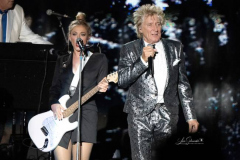 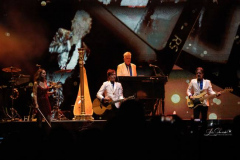