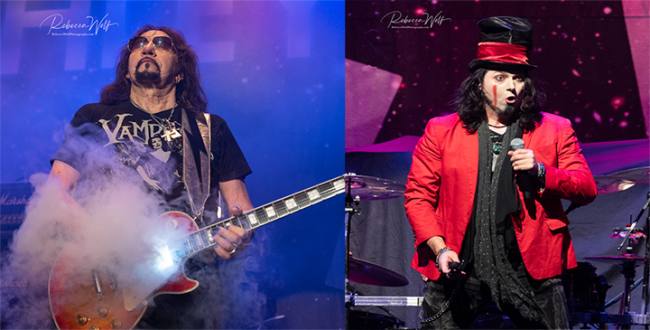 Having photographed multiple shows at The Newton Theatre I’ve experienced  performances that were packed and others that were more sparse. However, even for those with a larger audience the pre-show crowds outside the theater were typically minimal and generally low-keyed. I knew the evening was going to be different on August 25th from the moment I approached the theater for Ace Frehley’s show and found the block filled with highly enthusiastic fans conversing about Ace and Kiss-related memories. The venue lobby was likewise densely packed, as passionate fans continued their spirited conversations and crowded the merchandise table. This was just the start of what was sure to be a night of energetic, roof-raising rock and roll.

Fans of Ace Frehley and Kiss are accustomed to highly energized musicians with make-up covered faces, playing hard rock music. However, the evening’s opening act, the theatrical, heavy metal band, Kore Rozzik, quickly grabbed the audience’s attention from the moment the musicians entered the stage in various forms of goth make-up and attire. From drummer Will Spodnik’s black splattered, ghost-white face and spiked yellow hair, to bass player Alex Gil’s tinted green hue and pale, soulless eyes, to guitar player Liam Jefferis’ black-lined lips and mane of glam-rock hair, to guitarist Andrei Patorski’s black velvet coat and dark-lined eyelids, to lead singer and band namesake Kore Rozzick’s white face, with tracks of blood red tears, there was a vivid picture of the performance that was about to unfold. And, unfold it did….in a powerful explosion of hard rock, metal, and theatrical energy that immediately grabbed the audience. While the band’s stage area was small, their visual presence loomed large. With lights, smoke, an array of props, hair flips, and fierce guitar jams it was impossible to decide where to look first.

Throughout the performance, Rozzik transitioned between vocals that were gritty and hard rock, with a melodic undertone, to vocals with a powerfully fierce, heavy metal sound. This combination of hard rock and metal, with a theatrical flare, kept the crowd fully engaged during the band’s 30-minute set.

Changing attire mid-set, Kozzik returned to the stage in a red coat, top hat, and with voodoo doll in-hand. While singing “Spellbound,” from the band’s 2018 album Vengeance Overdrive, Kozzik ran through the theater aisles, sprinkling water on the crowd to put all under a spell.  However, no voodoo dolls, or holy water was necessary to put a spell on the crowd at The Newton Theatre. The band’s powerful presence and impassioned musical performance (with its intertwining of hard rock, heavy metal and theatrics) had already put the audience under a Kore Rozzik spell. As columns of smoke filled the stage at the end of the set, the couple next to me commented with excitement,  “They were amazing! This band is going to be really big!”  The crowd amassed in the lobby to meet the band was testament to audience members’ agreement with this assessment…this band is going to be really big!

With the crowd already pumped and in high gear from Kore Rozzik, it was no surprise that the energy at The Newton Theatre hit the roof the moment Ace Frehley and his band entered the stage.  Opening with “Rip It Out,” from Frehley’s 1978 solo album, Kiss: Ace Frehley, the passionate spirit in the small theater was as large as a crowd many times its size. Fans remained standing, waving their arms, cheering and singing along throughout the band’s 90-minute set, which included songs from Frehley’s tenure with Kiss,  including “Parasite,” “Strutter,” “Detroit Rock City,” “Shock Me,” and Hard Times,” as well as classic Frehley solo numbers, “Rock Soldiers” and “New York Groove.”

Frehley’s skills on the guitar have remained impeccable and he appeared laser-focused and intense while playing. While Frehley is a self-taught guitar player, who’s expressed his inability to read music, he’s known to have inspired a generation of guitar players. “How many guitar players do we have here tonight?” Frehley questioned the crowd. When a third of the audience enthusiastically cheered and raised their hands, Frehley nodded with a grin on his face, an expression that acknowledged his influential role.

While Ace Frehely is the musical star, the incredible skills of each band member were showcased throughout the performance. Frehley shared the front of the stage, as well as guitar and vocal duties, with guitarists Ryan Cook and Jeremy Asbrock, and bass player Zach Throne.  Frehley frequently jammed with Asbrock, who epitomizes the look and feel of a classic, old-school rock and roller.  On the opposite end of the stage, Cook and Throne displayed unbridled energy and passion as they sang, and jammed on their guitars, while Matt Starr’s drumming added a foundation of powerful rocking rhythm. Of course no Ace Frehley show would feel complete without a performance on his incredible smoking guitar. While band members exited the stage, Frehley played a furious solo, leading to wafts of smoke billowing from his guitar. With the speed and dexterity of Frehley’s playing it was as if he’d sent his guitar up in smoke with the power of his fingers. Although the theater that evening was as steamy as the smoke coming from Frehley’s guitar, it did nothing to stop fans from cheering and crowding the aisles for the remainder of the performance.

Fans exiting The Newton Theatre remained abuzz, happily caught up in the music of Ace Frehley and Kiss, and the memories this rock and roll continues to evoke. The anticipation and excitement present prior to the performance was now thrill at having experienced such an incredible show. As I approached the venue hours earlier I sensed the evening was going to be different. Between the passion of the fans, and the hard rock energy and spirit of Kore Rozzik and Ace Frehley, I couldn’t have been more happily correct. 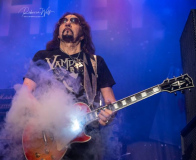 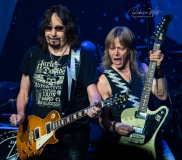 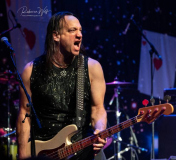 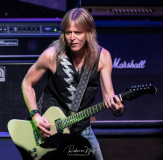 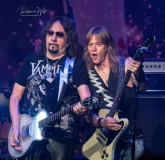 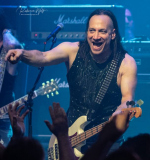 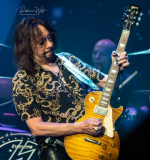 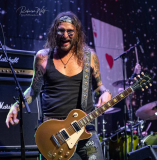 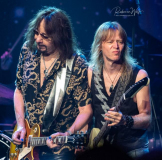 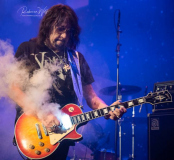 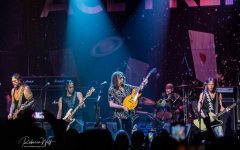