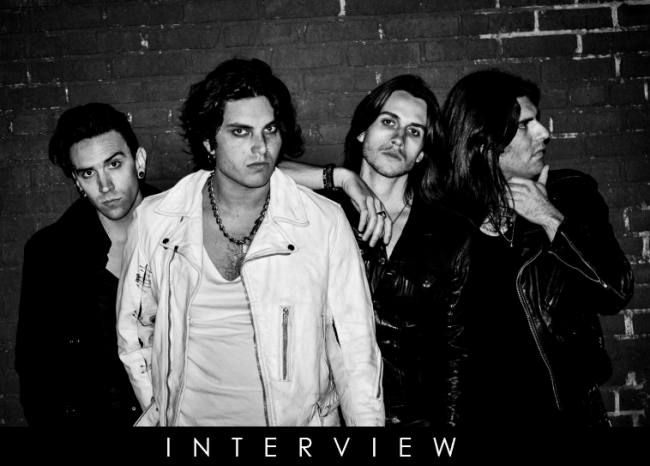 Next City is a brand new band hailing from Los Angeles, California. Made up of Samuel Larsen (lead vocals), Philip Paulsen (guitarist), Nick Diiorio (bass) and Ben Brinckerhoff (drums), the band released their debut single “Blue Star” back and in May 2019 and then their follow-up single “Tell Me” later in the month.

You may recognize Larsen from his role as Joe Hart on “Glee” or even from his supporting role as Zed Evans in the film “After”, which became a worldwide phenomenon and is based on the book with the same name by Anna Todd.

It wasn’t until after they met on tour and some time off that Larsen and Paulsen decided to form Next City. Before that, Larsen was a solo act and both him and Paulsen were a part of other bands. The two were then introduced to Diiorio and Brinckerhoff by a mutual friend. The band describes their sound as “fancy, fuzzy and heavy” with influences such as Queens of the Stone Age and Death from Above 1975.

It was a strong connection at the age of six to Michael Jackson that sparked Larsen’s musical interest, but it wasn’t until about the age of 20 that he decided to pursue it as a career. For Paulsen, he credits being influenced becoming a musician once he saw a commercial for AC/DC on TV when he was 12 and has been passionate about music ever since. Both Paulsen and Brinckerhoff attended music school as well.

“One of the challenges as a new band is the financial part”, says Paulsen. To help fund the expenses for a tour and recording their debut album, they started a Kickstarter campaign back in May. The campaign, which was successfully funded on July 20th, offered different exclusive items based upon the level of donation. Some of the items included raffle tickets for a signed mask from their “Blue Star” music video, exclusive t-shirts, signed photos, personalized messages and a download to a track called “Make You Mine”, which is currently unreleased to the public.

The advice the band gives for anyone who wants to pursue a career in music is this “Find out what you’re passionate about and what you’re good at. Then find out what makes you unique and what makes you different than everybody else and then thrive on that. Make it into your unique niche. Stick to it and never give up. Most artists give up too fast and too early.”