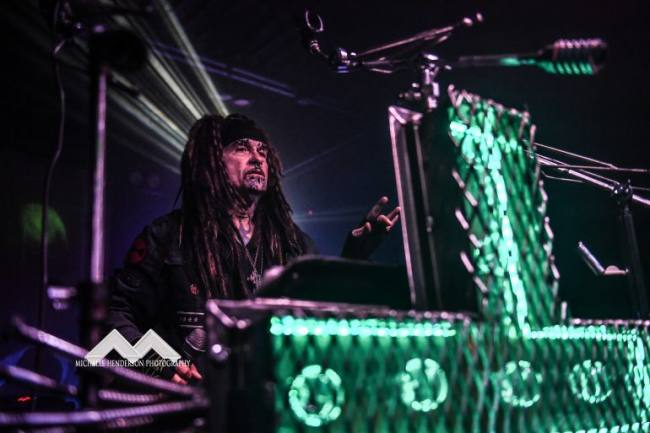 I am feeling blessed that I was granted permission to review and photograph Ministry at the iconic Machine Shop in Flint, Michigan on November 13, 2019.  The band played to a sold out crowd of Alternative Industrial Rock music junkies who went hard from the first techno beat and continued even harder to the last beat of the kick drum.  Passion was fully turned on and radiated by everyone from band to fan for the complete night.

I felt as if I truly entered the time zone when seeing lead singer, Al Jourgensen, take the stage.  He looked exactly the same and sounded the same, just maybe moving a little slower.  The show started with the eight-minute long “Twilight Zone” march of beats, sludgy guitars, and electric harmonica that addresses the surrealism of today’s political landscape and set the tone for the evening.  The show delivered exactly what the crowd was there to see a: hostile, aggressive, political rant. Including waving political protest flags, video warfare depicting the sad realism of today’s society, and the future of our nation.

The AmeriKKKant album was played in its entirety from the beginning of the concert. Order of songs as they were played for the 1st half of the concert was: Twilight Zone, Victims of a Clown, TV/5/4 chan (track recording), We’re Tired of It, Wargasm, Antifa, Game Over, Amerikka.

Uncle Al took a break and announced to the crowd that he and the band were going to go take a break to smoke a little, or maybe a lot, of Marijuana, but would be back on stage to finish the concert shortly.  Since Michigan is a legal state to smoke the drug, the crowd was well responsive and screamed loudly as they left the stage.  Upon returning Jourgensen obviously happy, smiling and carrying a beer came back on stage. They continued the set with the charted historic hits of: Missing, Deity, Stigmata, Just One Fix, NWO, Thieve. The over enthusiastic sold out crowd must have pulled at the heart strings of Ministry as they graced us with a rare Encore playing Supernaut (Black Sabbath cover).

The first half of the concert was like being slapped across the face with a political wet diaper that opened the eyes of every American standing or should I say fist pump jumping in there.  The second half of the concert is what I originally craved when I requested to cover this concert.  I was finally given the moment to relive my teenage angst, pump my fist, release my anger, frustrations and be among people who understood without judgement of why I was so angry.  Afterwards, my legs felt like jello from all the thrashing, I was enjoying and doing during the concert.

I left the concert, pumped from adrenaline and ready to stand up and be heard, ready to make a difference, a change. I think Ministry’s lyrics encompass what they were trying to deliver in their live performance, “I’m on a mission.  Game Over.”

Photos and Review by Michalle Henderson. 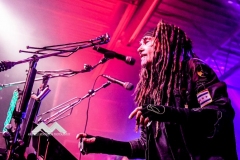 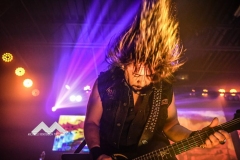 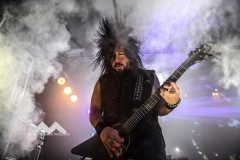 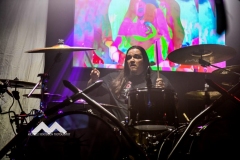 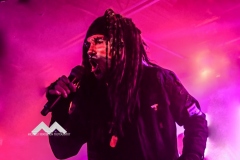 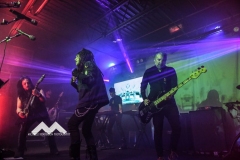 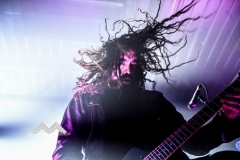 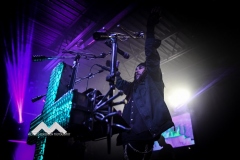 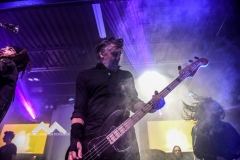 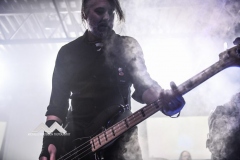 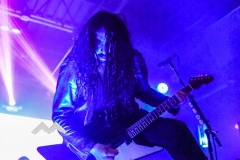 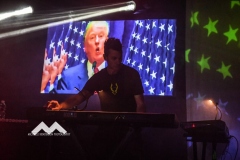