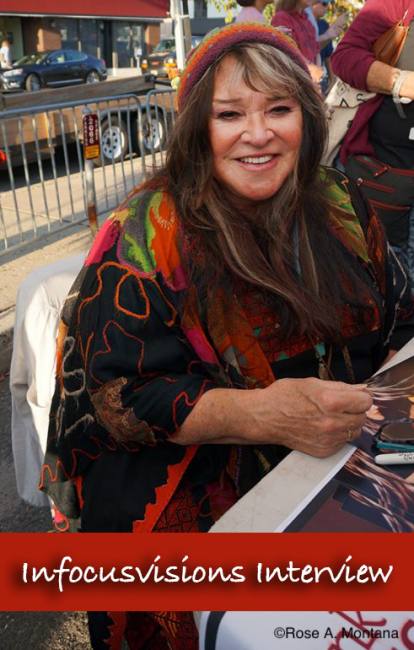 “MUSICIANS ARE THE DREAMERS”
Q&A with Melanie

Q: “What were a few of your favorite venues to play?”

A: “The Isle of Wright because people from all over Europe came and it was amazing. I enjoyed Carnegie Hall. It was magic. Recently, I played Central Park my son Beau Jarred. Jose Feliciano was there and so sweet. Beau has found a double show from 1974 and has just made a new double CD album titled “Center Stage at Central Park.” It is from the Schaefer Music Festival which was later called Dr. Pepper Central Park Music Festival. There were five to seven thousand people there.”

Q: “How does it feel to share the stage with your children?”

A: “Wonderful! I would love to do a show in New Jersey with my two daughters Leilah, Jeordie, and my son Beau Jarred. Home was always New Jersey to me. I lived in the West End of Long Branch. Later I moved to Florida, then Arizona and now Nashville.”

A: “When I visited Nashville the weather was perfect. Never move anywhere because of the weather when you just visit. There are tornadoes in Nashville. It is muggy and there are big bugs and snakes.”

Q: “Would you ever move from Nashville?”

A: “I am not a country singer and cannot connect with the community there. Musicians are the dreamers. It is a land of broken dreams to many. The humor is different there. My children follow me wherever I go. I have been away from New Jersey for a very long time and I am feeling a kinship being back here.”

Q: “Who would you like to perform with, living or dead, with whom you never have?”

A: “Joan Armatrading is very popular singer-songwriter and guitarist. I would like to perform with her. One in particular is Aretha Franklin because Althea could have done my song, “Yah Baby” justice. It can be found on YouTube under the incorrect title, “Break My Heart.” I really wish Nat King Cole could have been able to sing one of my songs.”

Q: “How would you compare the music scene today regarding women?”

A: “It was an unwritten rule for radio that only one song sung by a woman would be played in an hour. It was not a unified statistic and it set up women against each other. Women didn’t acknowledge the other women unless they were dead because of the competition. This was created by men. Women don’t sell as many tickets as men and it’s in the hands of business. Only three women were at Woodstock as solo performers. The rest were in groups as background singers. It was just the way it was. It was accepted. You created that way. It is more covert now. It different for women because of sexuality. Women didn’t get the respect and they were not treated equally. I was referred to as the female Bob Dylan and wondered if they ever called Dylan the female Melanie. When I was young, I was the pretty face. People knew me as a singer. They did not know I wrote the songs I performed. I was not promoted as a songwriter, just as a pretty face to stand out in front. I feel this works against women because they are not known for their talent but rather just a pretty girl. It is looks and not talent. It works for you and it works against you.”

Q: “How do you see music in the future?”

A: “There is a lack of natural music in the music business. Main stream music is automated; they push buttons so it’s technical with not much musicality. There is good talent but it is flooded with mediocrity because of the Internet. Hope for the music meaning music is reduced. It is easy to distract attention. People listen to someone new and when they fade in popularity it is on to the next person. There isn’t a devotion that there was with, for example, the Beatles. There is a missing piece. Music is glue to keep our humanity.”

Q: “You are here this week for two upcoming appearances. What follows for you?”

A: “After this last Central Park show in August I flew to Germany where I saw Donovan and he said to me, “We are still here.” I will never retire. I will keep on writing and creating as long as I can.“

The first part of this interview with Melanie can be found in our coverage of Melanie’s September 27, 2013 performance, “Melanie – Up Close & Personal” Songs/Stories” 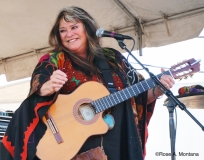 Photos and Interview by Rose A. Montana