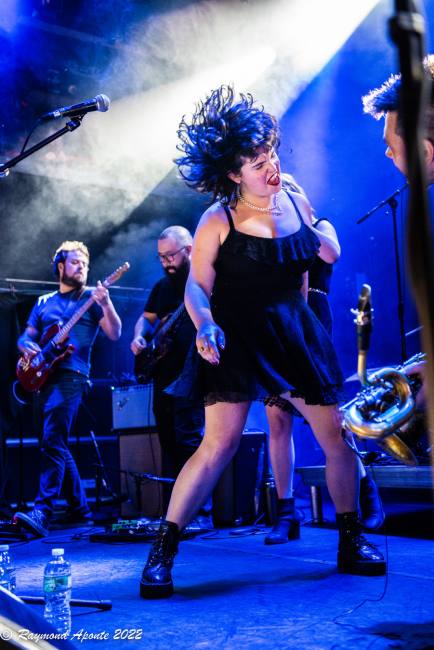 On tour and opening for La Luz, Ghost Funk Orchestra brought the funk to Bowery Ballroom in a big way.  Changing their lineup a tad from the last time I saw them, they have the energy and power of something very attractive and alluring and also undefinable.  Blending their inspirations from soul, jazz, psychedelic and all genres in between, they do it in their own inimitable style.

This group of highly talented artists have fun on stage and they bring a party that never disappoints.  You must catch them when you can.

The current lineup this time around was: Carl Minchillo on Drums, Jeremy Stoddard on Bass, Joshua Park on Guitar, Seth Applebaum on Guitar, Brian Plate on Flute, Rob George on Tenor Saxophone, Stephen Chen on Baritone Saxophone, Roma Hanoch on Vocals, and Megan Mancini on Vocals.

La Luz, (meaning “The Light”), brings a eclectic sound to Bowery Ballroom preceded by the opening act of Ghost Funk Orchestra.  This talented  all girl band is headed by Shana Cleveland on Guitar and Lead Vocals, Alice Sandahl on Keyboards and backing vocals, Lena Simon on Bass and backing vocals, and Audrey Johnson on Drums.

The sound of La Luz is best described as “surf noir” with layered vocals that are reminiscent of Enya meets Beach Boys.  Their style is all at once dreamy, jazzy and takes you on a journey both visually and audibly that can get you energized and mesmerized all at once. Their energy is easily transferred to the audience on several of their tunes specifically “In The Country” with blends sounds that make you think of groups like the “Hollies, and the Mammas and The Poppas.  This group was definitely fun to watch and listen to.  A must see band if ever there was one. 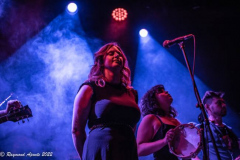 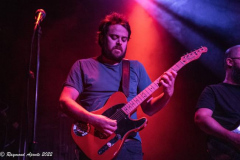 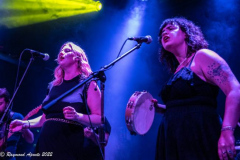 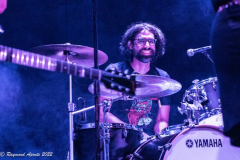 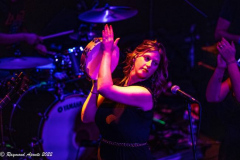 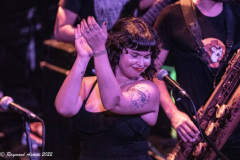 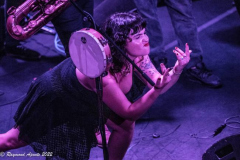 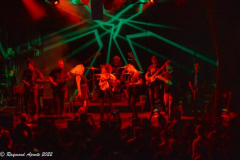 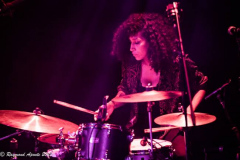 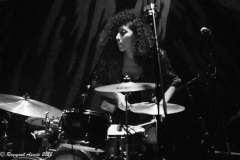