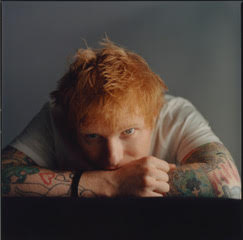 Since April 2022, the artist has toured stadiums in Great Britain, Ireland, Central Europe and Scandinavia. As part of the tour, the likeable Englishman was a guest at London’s Wembley Stadium for three evenings in June/July 2022, among others – and of course there are also some stadium open airs on the tour schedule in Germany – there are three in total: on July 7, 2022, his fans could experience Ed Sheeran at the VELTINSArena in Gelsenkirchen, on September 10, 2022, he will be a guest at Munich’s Olympic Stadium and on September 23, 2022, he will perform at Deutsche Bank Park in Frankfurt.

The “+ – = ÷ x Tour” marks the artist’s return to the big stadiums for the first time since his record-breaking “Divide Tour. “The “Divide Tour” took place from 2017 to 2019 and was officially named the best-attended and highest-grossing tour of all time after it ended. At next year’s live dates, Ed Sheeran fans will not only be able to experience many songs from his upcoming album “=” live for the first time, they will also witness a brand new production setup whose literally central element will be a stage at the center of the stadiums, surrounded by fans.

Ed Sheeran’s highly anticipated new album “=” was released on October 29, 2021 on Asylum/Atlantic. But that’s not all: Ed Sheeran is the first British solo artist to spend 52 weeks – a whole year – at No. 1 on the official British singles chart. Only Elvis Presley and the Beatles have spent more weeks at the top. In this country, too, he reached the pole position in the singles charts with “Bad Habits” – and no one doubts that he will succeed again in Germany with “Shivers”.

Tickets are still available in advance for September 12th.