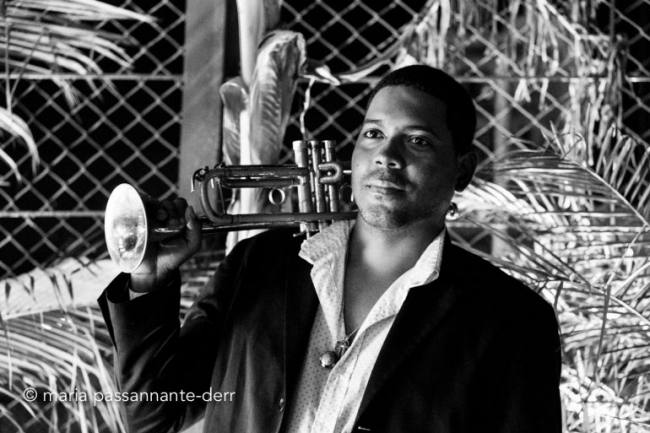 Julio Rigal, a 32 year old Cuban jazz trumpet player, began his career at the age of ten years. He was inspired early on by his grandfather, a  Cuban singer/bandleader of the 80’s pop group, “The Eastern Rhythm”. Julio was born and grew up in Havana and like most, if not all, professional Cuban musicians of any genre, his foundation in music comes from the mandatory study of classical music in school from the age of 10-19 years. At a young age, he was drawn to the rhythms of jazz. There is no formal school for jazz in Cuba so his approach was, and is, simply that “you practice by yourself or you join a group to learn the jazz rhythms”.

At a young age, Julio began to study  Sandoval’s  Afro Cuban, Hard Bop, and Latin and Jazz pop rhythms. Julio’s sound soon evolved into the electro jazz music he currently plays as leader of the band, “Equilibrium”. We thoroughly enjoyed his performance at the rooftop venue, Bar Morro 52 on January 11th in Havana where he has now added a sax and a dj to his band.  Already with an established career, he was invited to the annual Jazz Festival in Havana but had to decline because of a commitment to travel to Miami to purchase instruments not available in Cuba. Keep Julio Rigal on your radar as he is a rising star in the jazz world. He will continue to tour in Cuba while he completes his first album this year and then, most certainly, he will tour abroad promoting his album.

Photos and review by Maria Passannante-Derr. Find her on Instagram: @mariapd_photography 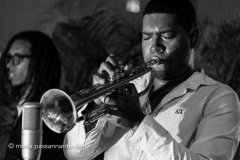 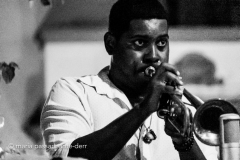 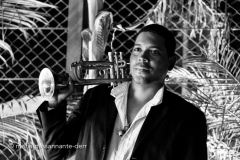 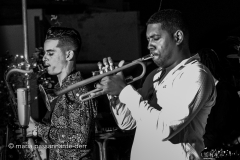