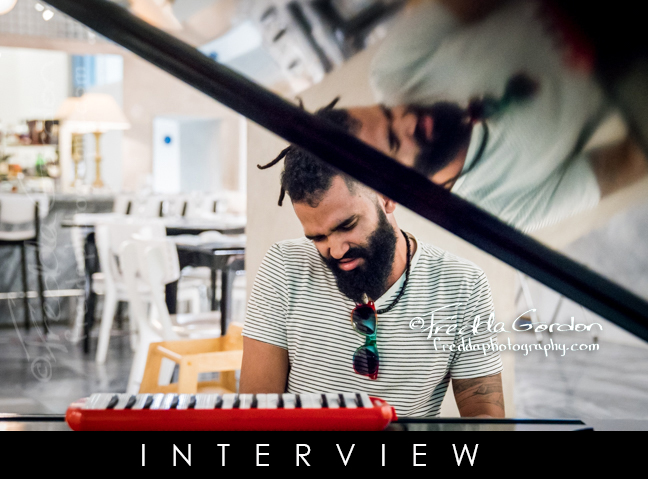 I had the good fortune to meet up with the Cuban jazz pianist Miguel Angel “Wiwi” Garcia Fernandez at one of the few Cuban restaurants with a piano. As he approached our table his strong stature was softened by a friendly, bearded smile and banded dreadlocks. Wiwi’s commanding presence was even stronger as he sat down at the keys, and I watched him transform as he put his heart and soul into every note he played.

This connection with his music is artistically represented through his tattoos. He said that he got the one on his forearm so he could take the piano with him at all times. The keys flying off this keyboard represent the explosion of music which later erupted from the piano as he played.

Originally from Camagüey, Wiwi now lives in Havana. When he first moved here they started calling him by his given name, Miguel Angel, but his friends from home and school continued calling him Wiwi and it stuck in Havana as well. He got the name from his father who called him that when he was a young boy. He still feels the warmth of his father’s voice when he hears it.

Although he began physically playing piano when he was 6 years old, Wiwi says that he really started in utero because his mother, Caridad Fernández Castillo, is a pianist and played while she was pregnant with him. Music runs deep in his family. Aníbal Fernández, his grandfather, is a percussionist and his sister, Diana María Guerra Fernández, plays the piano too. His parents are very supportive of his musical growth and encourage him to be original as a musician and as a person.

In addition to his family, Wiwi’s influences include Herbie Hancock, Chick Correa, Kenny Kirkland, Charlie Parker, and pianist Bill Evans among others. His formal education began when he was 8 yrs old at Luis Casas Romero School in Camagüey. He went on to mid-level school at Conservatory of Camagüey “Jose Waith” and finally, at Conservatory of Guanabacoa “Guillermo Tomás” in Havana. He now has become an instructor and says he continues learning as he teaches teenagers through private lessons. He also practices every day that he doesn’t perform.

Five years ago Wiwi won a contest among young jazz players in Cuba and has since been invited to play with some well known Cuban bands including Cesar Lopez – Habana Ensemble and Yissy Garcia and Bandancha. With them, he has performed in international jazz festivals including CirculArt festival in Medellin, Colombia and SESC Jazz festival in Sao Paulo, Brazil. Next year he is looking forward to playing in the North Sea Jazz Festival. In Cuba he plays the top jazz clubs. It is frustrating for him that these clubs don’t have house pianos so he has to bring his in a taxi at his own cost. Every time I saw him he had his portable melodica, and he makes it sound bigger than it looks, but it doesn’t replace a piano.

Wiwi is also working on his own music and will be coming out with a CD in 2020. He has finished 6 songs so far and has many more in process. His work for this album is based on the latin jazz music from the 90s. He is trying to revive that music, highlighting some musicians of that time who weren’t recognized due to social problems. These musicians, like Emiliano Salvador and Jose Carlos Acosta, were talented and iconic in the history of Cuban music. He will use this music as raw material and add his own take on it. I can’t wait to hear the new music and look forward to seeing him play again!

Interview and photographs by Fredda Gordon. 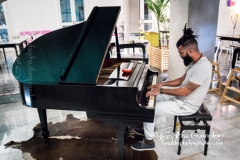 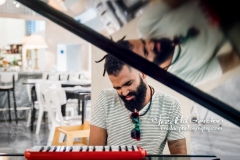 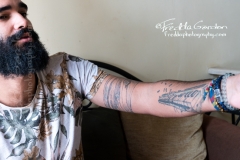 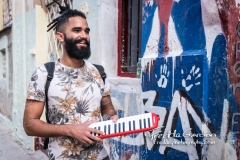