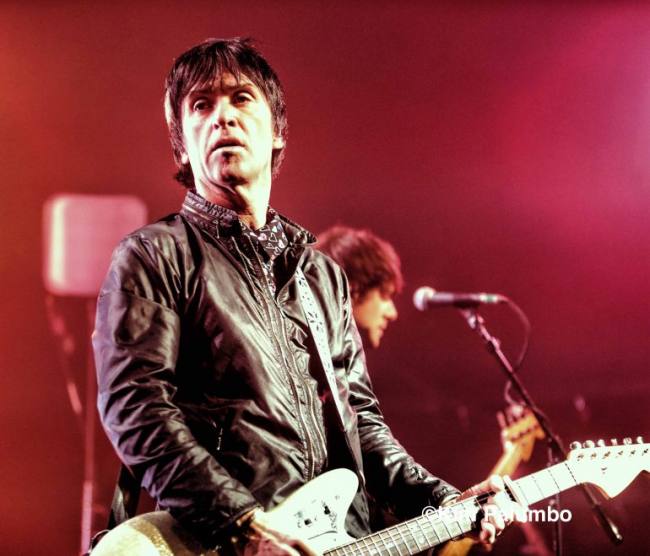 Last night I dreamt that I met a British Royal, but it wasn’t the Queen that brought a tear to my eye it was Manchester’s finest son Johnny Marr. Aside from being a founding member of one of the most loved bands of all time; The Smiths, Marr has worked with the Pretenders, Modest Mouse and Paul McCartney to name a few. This guy knows his way around a guitar lick.  If I had known as an angst-ridden teen that I would one day have the opportunity to photograph him, it would have made the rest of my teenage days more palatable.

The small theater located on Philadelphia’s famed South Street provided the perfect setting to soak in Marr’s ethereal space-age guitar sounds. He performed a good selection of songs from the appropriately titled, “Call the Comet,” his most recent release on New Voodoo Records. Highlights included, “Hi Hello,” “Bug,” “Actor Attractor,” and “The Tracers.” The album is a solid effort and can be best described as an atmospheric alternate universe; one that offers listeners a respite from the current political and social climate. Also, on deck were tracks that span his prolific solo career including “Easy Money,” and “Getting Away With It.” At one point he took the audience by surprise by asking for requests. It was difficult to make out the shouts from the crowd but the next thing I heard were the opening chords of “Fly Like an Eagle” by the Steve Miller Band. Unexpected and hilarious. He of course chose not to play the full track, but it made for a good laugh. But let’s not forget about the classics. He played a healthy dose of Smiths songs and his decision to perform favorites such as “Last Night I Dreamt Somebody Loved Me” “There is A Light That Never Goes Out” and “Bigmouth Strikes Again,” were bold choices given Morrissey’s iconic vocals on these tracks. Marrs’ vocals injected an edgy twist to these numbers that were absent from Morrissey’s delicate yet somewhat theatrical delivery. That’s not to say that the original recordings were lacking in any way but the “rougher” sound was a welcome update to the Smiths’ standards. No surprise he shined on “How Soon Is Now” my all-time favorite Smiths song and one of the best songs in rock history as far as I’m concerned. Marrs’ guitar riffs reverberated through the whole space and left fans in a state of nirvana.  The vibes in the place were undeniably upbeat it was hard to say goodnight. Especially since this was the final night on the U.S. leg of the tour.  Marr and his band are on their way back across the pond to spread the sonic love across Europe. If you can make it, I highly recommend! 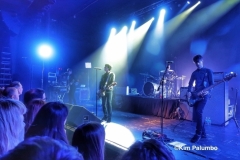 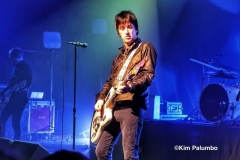 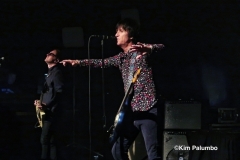 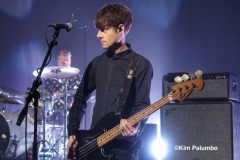 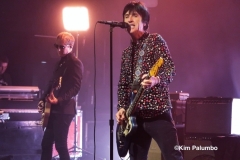 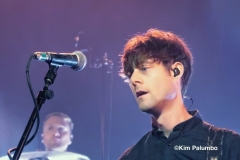 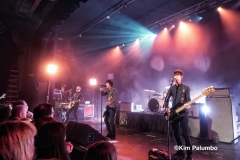 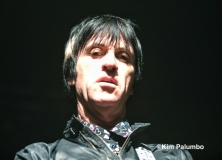 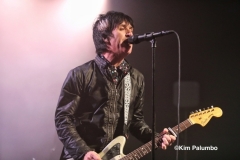 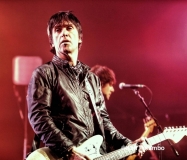 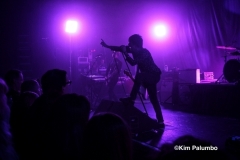 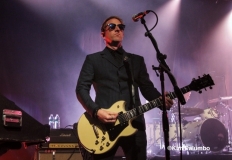 One thought on “Johnny Marr”