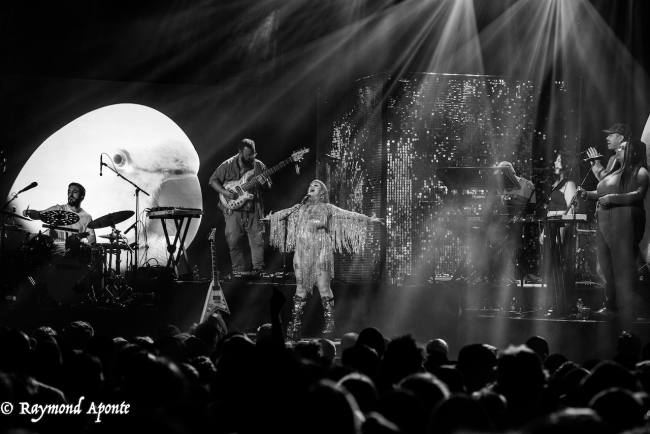 WOW!!! After a long “hiatus”, Hiatus Kaiyote has returned to the live music scene.

I have to say that after the past two years, this group has not been dormant by any means, and with the release of their current album “Mood Valiant” are proving that they are the force coming from down under.

The mood at Brooklyn Steel was electric with anticipation of the long awaited return of Hiatus Kaiyote and the fans of the second SOLD OUT concert were not disappointed. The band delivered a musical set that was chock full of visuals, lights, and graphics, and of course the long awaited music of their current album “Mood Valiant”.

Nai Palm’s journey the past few years has been challenging to say the least, the Covid Pandemic and personal health issues and the loss of her pet bird “Charlie Parker”whose image was projected during the concert. All these adversities aside, has made this band appreciative of life, their music and their relationships.

The album’s title is a nod to Naomi “Nai Palm” Saafield’s mother, who owned two Valiants, one white and one black. As was her custom, she would usually drive the white one, but if her mood was dark or after dealing with her kids, she would drive the black one. As Naomi says, when mum drives the black valiant, she’s not to be messed with.

On a personal level, I have to acknowledge this band’s talents, their drive and desire to rise above all the adversities of the past two years. They are definitely back and in primo Hiatus Kaiyote fashion. To be seen, to be heard, to deliver the message.

My advice, do not miss the chance to see Hiatus Kaiyote. You will not be disappointed. 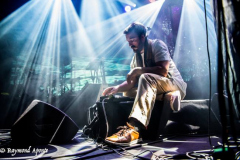 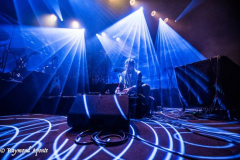 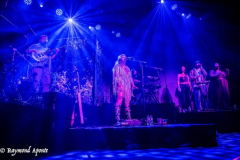 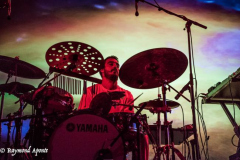 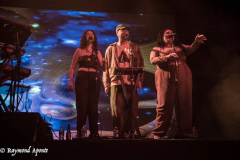 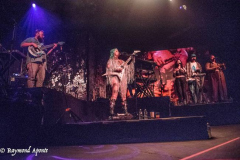 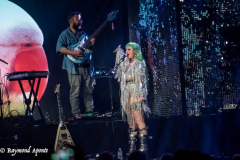 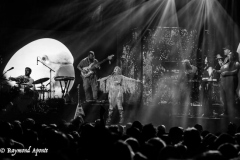 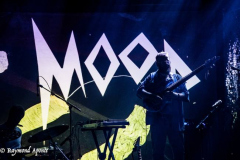