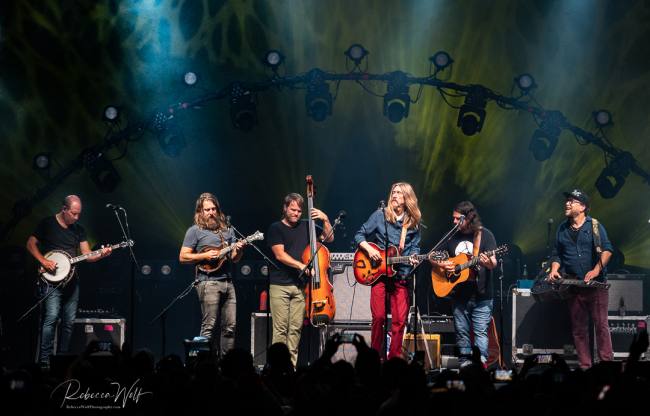 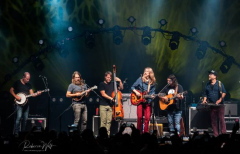 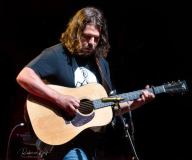 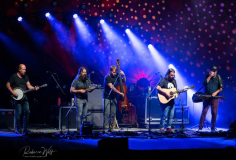 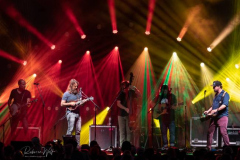 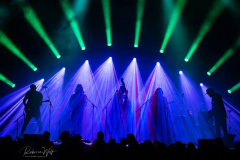 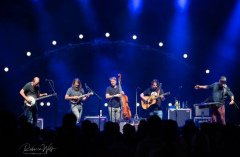 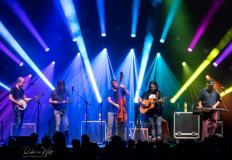 Greensky Bluegrass and The Wood Brothers

In the past couple of years we’ve been receiving some pretty strong signals that the environment around us is changing. We’ve been accosted by a “plague” that’s affected worldwide functioning on a multitude of levels, and we continue to be bombarded by meteorological conditions that have brought significant changes in temperature, as well as a myriad of storms. This summer the Northeast has uncharacteristically been subjected to long stretches of heat in the mid-to-high 90 degrees.  Of course summertime is known for being concert season, with big musical events in outdoor venues. Fans attending these performances anticipate the comfort and casualness of the outdoors, an opportunity to let loose, and the freedom to sing and dance to one’s heart’s content. While the uncharacteristic heat waves may have added a lot of sweat, as well as a little exhaustion to these events, fans who’ve been eagerly waiting to immerse themselves in the music of their favorite artists have not been dissuaded by rising temperatures. Rather, after two summers without a typical concert season, uncomfortable temperatures were not going to dissuade diehard fans from attending these much awaited performances.

After several weeks of temperature spikes, temperatures in the mid-80s suddenly felt like a welcome reprieve. A weather report predicting an 8pm temperature of 82 degrees felt like a nice comfort zone for an evening performance on August 11th, at the Hartford Healthcare Amphitheater in Bridgeport, CT. It was the perfect night for incredible bluegrass, string, folk, Americana music, performed by Greensky Bluegrass and The Wood Brothers.

The sun was still beating as The Wood Brothers made their way onto the stage. However, the towering structure covering the amphitheater brought shade and coolness to the seating area. In anticipation of the energetic music of these bands, the first 5-7 rows of seating had been removed, allowing a pit area for dancing. You know the phrase, “Build it and they will come.” Well, bring in folk, blues, Americana, bluegrass, string music, clear an area for dancing, and a dance party you will come.

Whether in the pit area or in the seated sections, fans were drawn to their feet, to move to the music, and to lose themselves to the upbeat, breezy, jamming feel of the musical trio. With Oliver Wood on guitar, brother Chris Wood on upright bass, and Jano Rix on drums ( as well as melodica and acoustic guitar), the layers of sound and fullness of the music gave the feeling of a band much larger than three musicians. This is a testament to the skills of these artists, and the perfect blending of their voices and instruments. Whether you’ve been following The Wood Brothers since the release of their first album, Ways Not to Lose, in 2006, discovered them at some time during the past 16 years, or are just becoming familiar with the band now, it’s almost impossible not to get carried away (in your mind) by the melodic, folksy, groove of The Wood Brothers.  As the band’s performance came to an end that evening, you were left with a feeling of musical contentment, calmness and peace.

The Wood Brothers set a musical foundation that evening that was perfectly suited for the arrival of Greensky Bluegrass. It can work well to have bands with similar sounds performing back to back, but there’s something to be said for bands that complement each other but don’t match. While both bands have a bluesy, roots vibe, there’s a different energy and feel between the two. With their faster-paced, five instrument, string band, Greensky Bluegrass presents with a more extroverted, upbeat spirit. While fans were on their feet from the moment the band hit the stage, their drive to dance was initially tempered by their thrill at watching the fantastically skilled musicians play their strings, both individually and in unison. It’s not often that one gets to witness incredible jam sessions on string instruments, like a mandolin, a dobro and an upright bass. The intertwining of their sounds was amazing to hear, and equally fascinating to observe.

The extended jams included incredible dobro solos performed by Anders Beck, as well as highlights of the string expertise of each musician; Michael Bont on banjo, Mike Devol on upright bass, Dave Bruzza on guitar and Paul Hoffman on mandolin. The set was a combination of long, spirited instrumentals (that blew you away with the musicians’ dexterity and ability to recall such lengthy pieces), interspersed with a variety of the band’s vocal numbers, with Hoffman’s engagingly rich tone carrying the lead. “Streetlight,” the band’s heart-grabbing number from 2022’s Stress Dreams, showcasedBruzza‘s deep, melodic voice, captivating the audience until the song’s final notes. Throughout the evening there was never a moment when the crowd was not enthralled with the performance. Whether they watching band members’ incredible instrumental skills, dancing to the energetic, feel-good, progressive bluegrass sound, singing along to favorite Greensky Bluegrass numbers, or a combination of the three, the band brought positive spirit and joy to the crowd.

The evening starts off with the contentment and peace brought on by the music of The Wood Brothers and ended with the spirit and joy generated by Greensky Bluegrass. You can’t get much better than that. Viewing the crowd at the evening’s end, one could feel the positive, relaxed, happy-yet-calm vibe throughout the Hartford Healthcare Amphitheater. With the world all tospy-turvy, and the environment throwing curveballs at every turn, there’s nothing better than peacefully losing yourself to the music on a warm, thankfully below 80 degree, summer night.