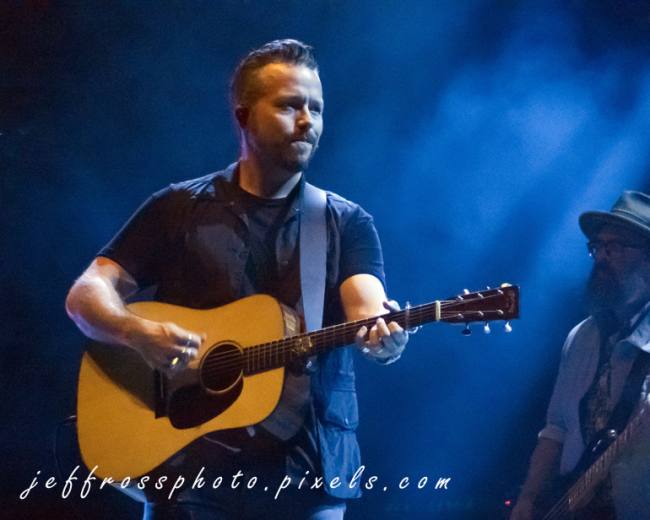 A short road trip to a great shed in Canandaigua, New York provided a double-bill that I had gladly traveled for. Only it wasn’t a double-bill. In addition to Father John Misty opening for Jason Isbell & the 400 Unit, we were treated to an unannounced set by up-and-coming Jade Bird. She’s a 22 year-old singer-songwriter about whom you’ll hear more and more at time passes.

Father John Misty was explosive and charismatic. For my money, he’s an A+ frontman who exceeds his own (good) songs.

Isbell and his band were their usual, awesome selves. The absence of Amanda Shires, Jason’s wife (on tour with John Prine) made for a differently good show; Isbell focused on his guitar and other bandmates more intently. Bookending the show with Anxiety and Vampires, he could have sung the concession stand beer listings in between and still made everyone happy. Thankfully he did much more and capped off a great, if unexpected triple, not double-bill.