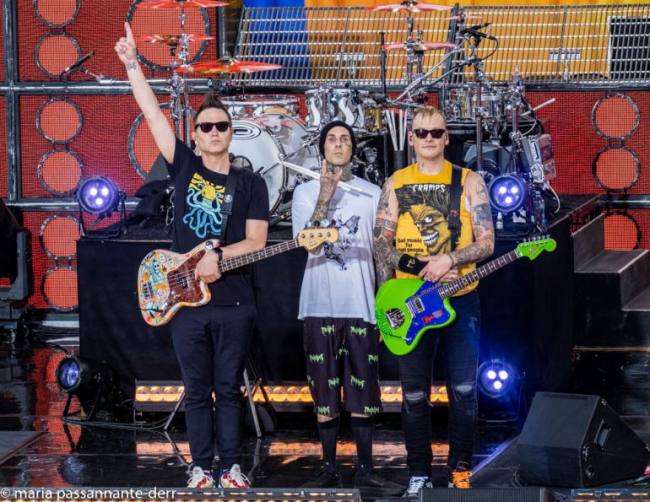 Blink-182, the punk, pop, alternative rock band that ushered punk into mainstream music, in 1999, with the commercial success of its third album, “Enema of the State”, was featured on Chanel 7, Good Morning America’s Summer Concert Series today. To celebrate the 20th anniversary release of “Enema of the State” and its sale of more than 15 million copies worldwide, the band has been performing  the album all summer long. Over the past twenty years, Blink has endured line-up changes, a hiatus, side projects, a plane  crash in 2008 in which Travis Barker survived, reformation, additional member changes and are now “back on track”. They are currently on tour with Lil Wayne and Welsh pop, punk band, Neck Deep. During the GMA show, band member, Mark Hoppus, announced  Blink’s upcoming eighth album of new music to be released in September.
Bank Members: Mark Hoppus, bass guitar & vocalist; Travis Barker, drums; Matt Skiba, guitar & vocalist. 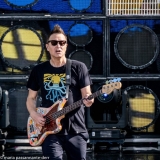 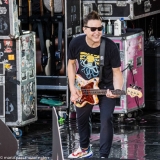 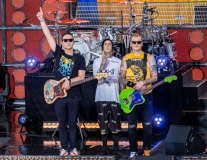 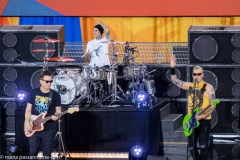 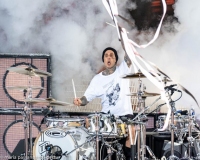 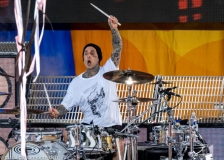 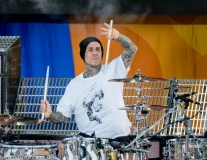