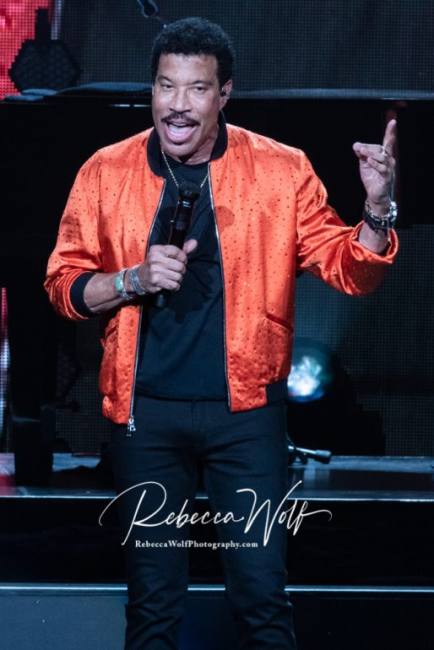 Having watched many clips of American Idol (apologies to the die hard fans who’ve never missed an episode), I’ve  become distinctly aware of Lionel Richie’s demeanor and the manner in which he interacts with others, at least publicly. Richie exudes warmth, kindness, and an obvious desire to connect to his audience.  These traits were on display in full force during Richie’s second performance at Radio City Music Hall.

Beyond Richie’s vast catalog of incredible music, beyond his still powerfully beautiful voice, it was his communication and interactions with the crowd that were amazing to witness. “I haven’t seen dancing like that since 1977,” Richie quipped after watching fans on their feet, waving their arms and doing that 70s boggying. Informing the audience that he did not normally comment about what he witnessed from the stage, Richie noted that tonight he was compelled to do so. “I’m being winked at by 2 gorgeous ladies,” Richie exclaimed, as his cameraman focused on an adorably excited 7-year-old girl, her somewhat confused 5-year-old brother, and their mother.  With a mixture of pride, appreciation and an ounce of surprise, Richie spoke of the world that’s been reintroduced to him since becoming a judge on American Idol. “Parents and grandparents used to introduce me to their children. Now children are saying, ‘Grandma, do you know who that is?? It’s Lionel Richie!’ Even my grandkids want to introduce me to their friends. Pop-pop has got real hip all of a sudden!”

Richie emanated appreciation and joy throughout the evening, as he continually engaged his enthused audience. His casualness and connectedness with the crowd provided an unexpected intimacy, as if one was watching a performance in a small coffeehouse, rather than a 6000 seat music hall. “I’m going to talk about it because I see it,” Richie continued, with a broad smile on his face. “The kids have brought mom and grandma, and grandma is out of control,” he excitedly exclaimed after another dance number. Dragging the cameraman across the stage, Richie pointed out an older woman, dressed to the nines, with hair and make-up to match. “You should see what I was seeing! This woman can dance! And, you know what? She sat right here last night as well! Wow, you should’ve seen her! Please, come sit in the front row of my show anytime!” he enthusiastically offered.  “It’s pretty overwhelming when you’ve been in the business or 240 years and you look out over the audience and you see it’s still alive!” Richie stated, with a genuine expression of joy on his face.

While performing his number one hit ballad, “Hello,” Richie  alternated singing duties with the crowd, who readily obliged by perfectly filling in every lyric left open for them. It was magical to hear a crowd of 6000 people, of mixed ages and backgrounds, singing the words and melody in unison. The importance of this togetherness appeared to be a running theme for Richie, as he stated to the crowd, “People will come up to me and say, ‘I grew up with you,’ but the truth is that we all grew up together. We are the same family and we are responsible for each other.” What a beautiful sentiment in this age….in this time….when there is so much negativity surrounding us. What a fitting time for singing the Michael Jackson and Lionel Richie penned song, “We Are the World.” While the song was written in 1985 to raise money for famine relief in Africa, the words and the spirit of the song still have significance today, around the world.
As the lyrics state, “We’re all a part of God’s great big family, and the truth, you know, love is all we need.” Radio City Music Hall was definitely filled with joy and love that evening, starting from the stage and spreading across the audience. As the crowd exited the music hall, it was a given that everyone was going to feel like, “Dancing on the Ceiling”, “All Night Long,” after such an amazing performance. 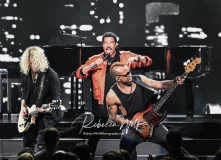 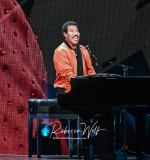 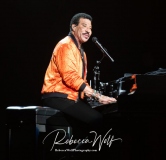