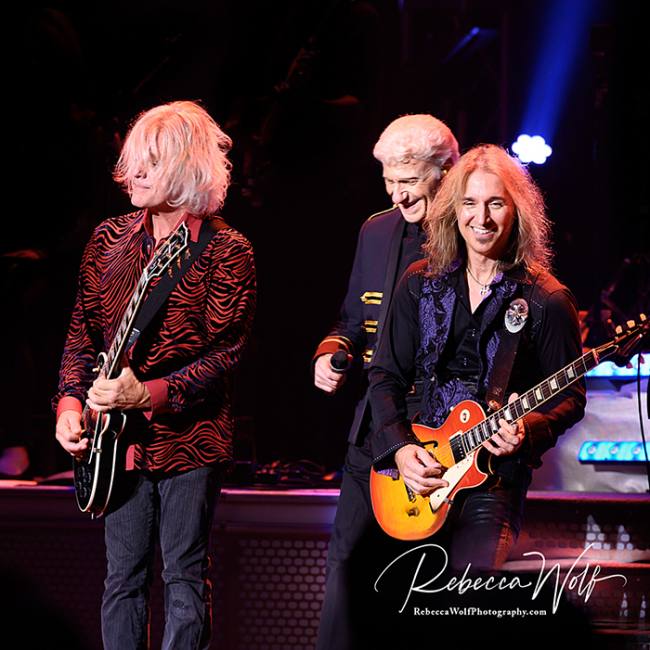 As a lover of classic rock, I frequent many concerts of artists from the 70s and 80s. It’s still hard to believe it’s been 40+ years since many of these musicians began their careers and were at their musical peeks. (Thinking about that reminds us all of our own ages.) However, with this reality in mind, I accept that when I attend a show of artists in their more “senior years,” they are likely not to sound quite the same as 4 decades prior, especially  when compared to a studio album. I attend classic rock concerts though, knowing it’s a privilege to still be able to see the artists I’ve admired, performing music I’ve loved for decades, while sharing in the spirit and joy of like-minded audience members. And, I still thoroughly enjoy the shows!

However, attending Dennis DeYoung’s Grand Illusion 40th Anniversary Tour (yet again…I’ve loved it so much I’ve returned multiple times), there was no reason to “accept” anything about Dennis DeYoung’s voice. At 72 years old, it’s amazing to hear that DeYoung continues to sing with the beautiful, powerful voice that put Styx on the top of the charts 40 years ago. DeYoung’s tone was warm, his voice covered a wide range, and he never shied away from belting out the bigger notes. DeYoung’s personality remains “big” as well; it’s clear he loves to perform. DeYoung exuded excitement and energy, while he frequently moved across the stage from his keyboard to center-stage, to join in the singing with his two amazingly talented guitar player – vocalists.

August Zadra, originally hailing from Alaska, joined DeYoung and the band on lead guitar and vocals in 2010, and what a find he was for DeYoung. Not only is Zadra a look-alike for Styx’s singer-guitar player Tommy Shaw, he sounds incredibly like the famed rock-and-roll musician. Zadra demonstrated an infectious joy and enthusiasm when he performed. While the audience has come to hear DeYoung and relive the music of Styx, the authenticity of the experience is as much a result of Zadra, who embodies the music as if it was his own.

Jimmy Leahey, performing in his home state of New Jersey, has been with the band on lead guitar and vocals since 2008, and bears quite a resemblance to original Styx member James Young. Leahey, upfront and center, demonstrated impressive lead guitar skills and exuded a rockstar vibe, with his platinum hair and devilish grin. There’s an obvious camaraderie between Zadra and Leahey and their investment in the music and in their performances was evidenced by their spirit and passion.

There was a connection and affection as well, between DeYoung and “the boys,” a warmth that gave the feeling of family….not something you always witness in a rock band. I believe the root of this must come from the top…from DeYoung himself. DeYoung displayed an appreciation for all of his bandmates, including keyboard player John Blasucci, with DeYoung since 2005, Craig Carter, on bass and backing vocals since 2010, Michael Morales, playing drums with the band since 2016, and of course DeYoung’s beloved wife of almost 50 years, Suzanne, on backing vocals. DeYoung also enjoyed connecting to the audience with little jokes and tidbits about his songs, and pride was written on his face as fans sang along to their favorites Styx hits.

Dennis DeYoung’s Grand Illusion 40th Anniversary Tour was a night of great music and wonderful memories, of enthusiasm and joy, both on the stage and in the crowd. I have not yet tired of seeing Dennis DeYoung and his band and have already looked to see where they are playing again. 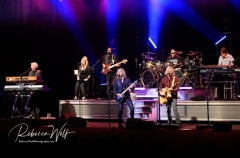 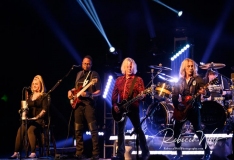 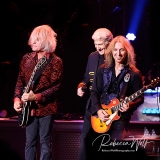 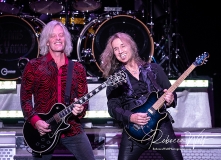 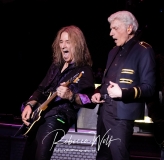 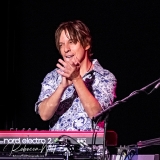 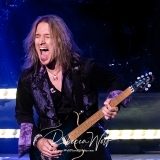 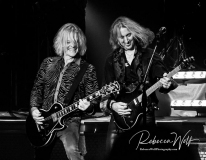