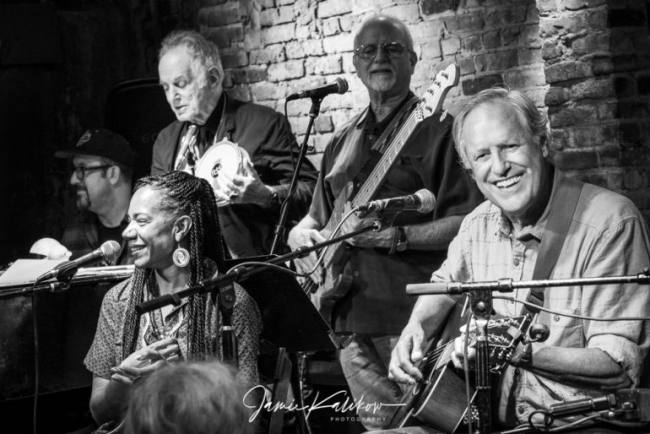 What a Hoot! For three hours last Thursday evening at the Bitter End, a group of New York’s finest folk musicians made beautiful music. It was the opening of The Village Trip, the second annual festival celebrating the history and heritage of Greenwich Village. There’s much to celebrate of course, and much else was celebrated beneath intensely blue skies over the last weekend of September: jazz, classical, poetry, social justice, creative writing, performance art….

At The Bitter End, the music was offered up in memory of Izzy Young, the man whose Folklore Center was a Mecca for folkies (it was the first place to which Bob Dylan headed when he arrived in town) and whose protests in Washington Square Park in spring 1961, when Park Commissioner Newbold tried to ban music and the people who made it, ensured the future of live music-making beneath the iconic Arch.

Tom Chapin was the evening’s host, and his co-stars were Diana Jones, David Massengill, Martha Redbone and Aaron Whitby, Michael Mark, David Amram and Blues Music Awards-winner Rory Block, who made the round-trip from her home in Kentucky specaily to join the throng. Rory grew up on West 4th Street, above her father Allan Block’s Sandal Shop and learned from the great bluesmen as they headed north to play the Village clubs. David Amram, Village Trip Artist Emeritus – and with a tour jacket to prove it – sprinkled his magic over everything, he and Rory and Tom sharing their memories of Izzy. The evening’s special guest was Erik Frandsen, who shared many a stage with the late Dave van Ronk and taught Oscar Isaac to pick like the best of them in the Coen Brothers movie Inside Llewyn Davis.

It was a very special evening, and like many such gatherings, it ended with a great singalong of “Goodnight, Irene” and “This Land is Your Land”, all the verses! 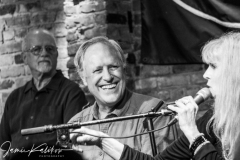 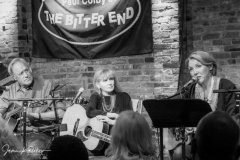 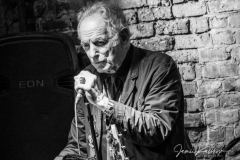 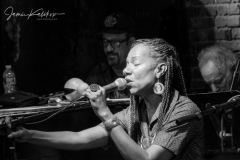 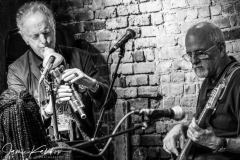 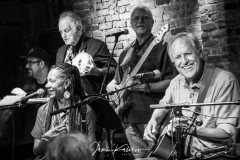 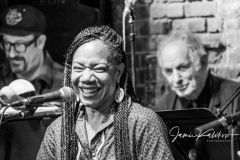 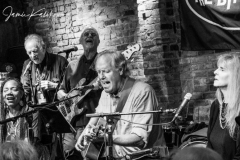 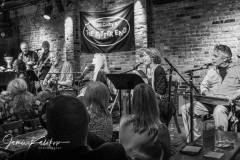 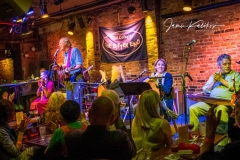