The main draw this day at BRIC Celebrates Brooklyn was the Los Angeles psych-soul group called Chicano Batman. The group is made up of Eduardo Arenas (bass, guitar, and vocals), Carlos Arevalo (guitars), Bardo Martinez (lead vocals, keyboards, and guitar), Matt Battle (drums) and Nicky Eagan (keyboards and vocals).  This group gets its inspiration from tropicalia, West Coast psychedelia, and late 60’s/early 70s soul and funk, with a dash of hip hop to round out their sound .  This high energy band gets its energy from their front man Bardo Martinez.  Bardo definitely is a force to be reckoned with as he makes his way around the stage and belts out song after song of their original hits such as “Dark Star”, “Freedom is Free”,  “Polymetronomic” and “Black Lipstick”. As Bardo seamlessly goes from keyboards to guitar and working the entire stage with his energetic antics, the audience gets caught up with his energy as he bounces to and fro and occasionally jumping off a speaker or a raised platform.  His energy increases and the crowd goes on the ride with him as he sings to the audience and they sing back.  During one of their songs, Bardo literally jumped off the main stage and went over to a standing room only section and reached to the fans and they excitedly reached back. The audience was being entertained in a big way as he went from one side of the stage to the other interacting with the audience and giving high fives to all within reach.  The band gave the audience what they came for and then some.  Showing their diversity and their latin heritage, they sang songs in both English and Spanish that were well received by the fans.  The band was high intensity and the audience celebrated it all.  This band delivered to their fans and they loved it.  I hope to see this band many more times as they are headed for stardom for sure.

The opener at BRIC Celebrates Brooklyn was Charlotte Dos Santos, accompanied by Jesse Fischer on keyboards, David Frazier on Drums and Daniel Winshall on Bass.  Brazilian-Norwegian born jazz singer entertained the crowd at the bandshell with a good mixture of original songs that had a mix of soul and R&B and Jazz.   Her vocals evoked thoughts of singers like Sade, and Astrud Gilberto.  Her sound is a cool, sultry mix of styles seamlessly crossing over genres.

She definitely had a stage presence and moved easily around the stage and interacted with the crowd who responded to her with appreciative applause.  This young entertainer definitely has what it takes to generate an enjoyable groove and give the audience a show to enjoy.    Getting her inspiration from jazz, hip-hop and Latin rhythms her energy goes easily from smooth and jazzy to a drum thumping pulse the next.  Charlotte Dos Santos is a definite must see when you get the chance. 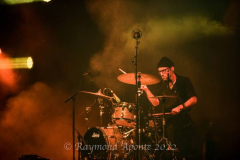 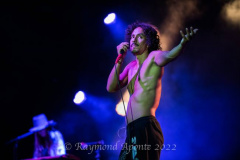 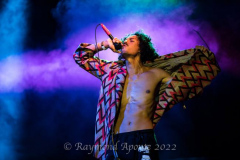 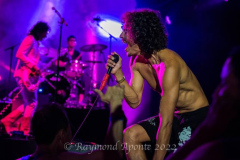 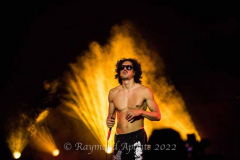 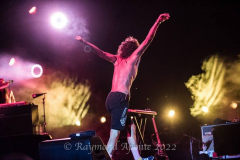 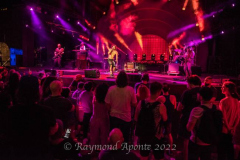 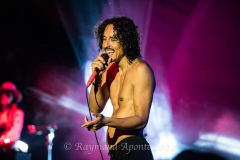