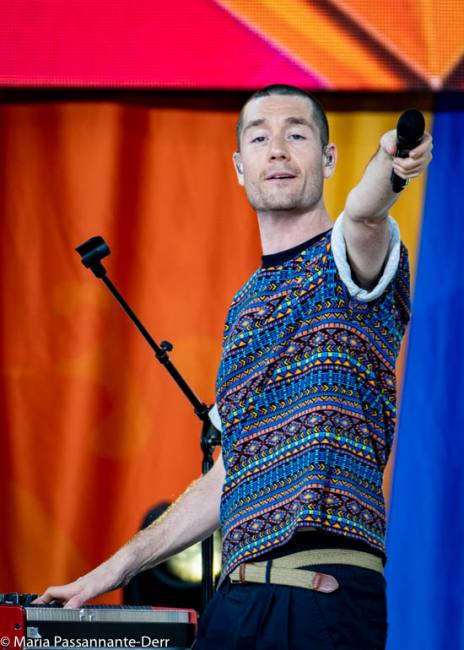 Bastille, a UK, Indie pop band, was featured on Good Morning America’s Summer Concert Series this morning. Their appearance coincided with the release of their third studio album, “Doom Days”, and  preceded by the successful advanced release, over the past year, of the album singles: “Doom Days”; “Joy”, “Those Nights” and “Quarter Past Midnight”.  The  “Doom Days”, album is intriguing in that it is a forty minute musical journey of a “life in the fast lane”,  all  night long party wherein each  song depicts  a particular time of the night during the party and  the range of emotions (desire, holding on, conflicts and letting go) associated with those relationships, or lack thereof,  at that  particular time.

Appreciative that their fans  packed the GMA set, in the pouring rain, they generously performed  five songs, including “Pompeii” from their 2013 Bad Blood album (their first) that  went straight to no. 1 and double platinum,  in the UK ,  reaching  no. 11 in the US. They also performed four songs from the “Doom Days” album:  “Quarter Past Midnight”, the first song on the album where the listener is introduced to  the protagonist at the evening party and is set up for the evening of the lyrical twists and turns of subsequent songs: “Bad Decisions” and “Millions”. “4AM” brings  the audience to the end of the night of partying where the protagonist  experiences “Joy”  or at least a satisfactory  emotional resolution when he wakes up in the morning. 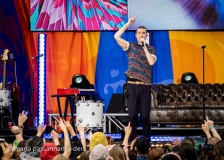 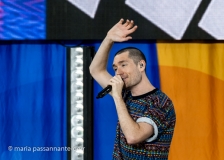 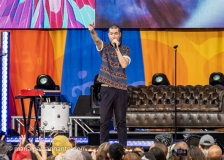 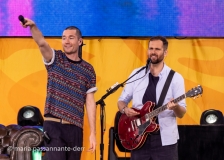 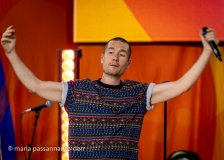 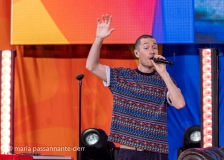 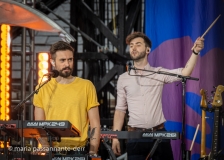 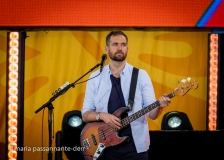