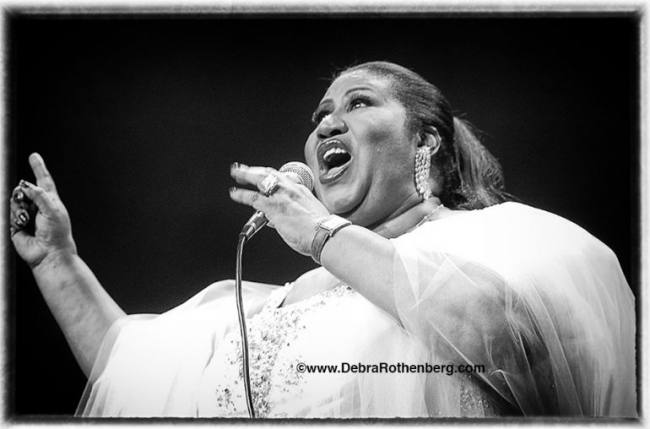 I am so sad to hear about Aretha Franklin’s death. She was 76.

I have been honored to have photographed her many times. One time I was waiting backstage and she walked over to me, looked me up and down and said “who are you?” I always make sure to stay out of the way, NEVER take photos unless allowed (I was in a “holding” area for photographers) and my heart sank, thinking I was going to be yelled at. I said “hi, I’m Debbie-Im shooting the show tonight” and she said “pleased to meet you darling. I hope you get some great photos but more importantly, that you have a great time.” She smiled and walked away.
I did have a great time.

Franklin died at 9:50 a.m. at her home in Detroit, surrounded by family and friends, according to a statement on behalf of Franklin’s family from her longtime publicist Gwendolyn Quinn.

The “official cause of death was due to advance pancreatic cancer of the neuroendocrine type, which was confirmed by Franklin’s oncologist, Dr. Philip Phillips of Karmanos Cancer Institute in Detroit,” the family statement said.

There is a growing memorial outside the Apollo Theater in Harlem, NYC and a tribute concert is being planned in her honor. 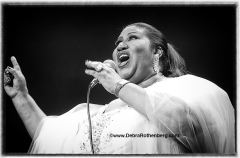 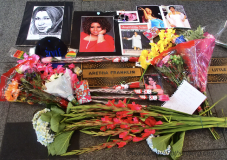 Photos and article by Debra L. Rothenberg
Share this…