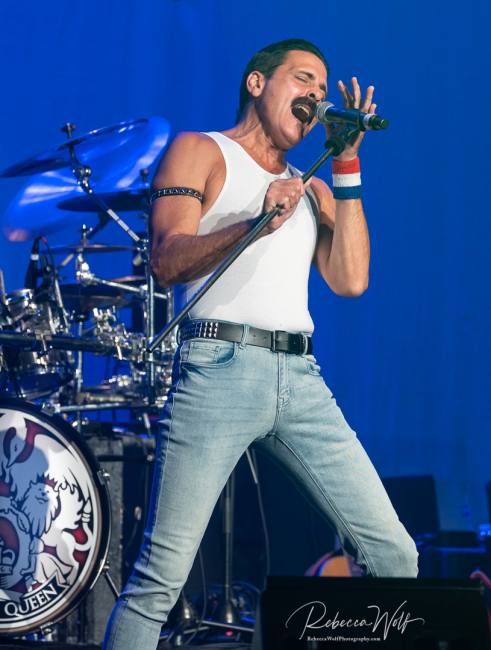 I’ve been fortunate, particularly in the past several years, to have the opportunity to see many of my favorite artists perform live. As a consummate fan of music from the 70s and 80s it always weighs heavily on my mind that many of these musicians either won’t be touring for very much longer or even won’t be with us. While it’s quite upsetting to all of us to think about the loss of our musical heroes, for avid concert goers it’s especially disconcerting to consider never hearing their favorite music performed live again. The desire to see beloved musicians perform remains so great for some fans that they continue to flock to performances even when aging artists no longer maintain the same abilities they once possessed; it just remains that special to be in their musical presence. Of course, it’s impossible to replace original artists, and many fans never want to see different musicians performing an artist’s work. However, there are fans who don’t have the good fortune to attend performances by the original artists, and others who purely love the music and want to hear it performed well, even if it’s by different musicians and singers. This is where tribute bands come to life.

Tribute bands are musical ambassadors of some of the most beloved bands. They honor the band they are paying tribute to and share their music with adoring fans. There are varying levels of authenticity that tribute bands look to achieve, some adding make-up and costumes to provide the ultimate visual experience. However, to me, the greatest sign of a tribute band’s success

is when the music, and the overall feeling of moment, overshadows the reality of who is (actually isn’t) playing the instruments and singing the songs. What better compliment for a tribute and than an audience enveloped in the music of their favorite artist.

It’s been more than 35 years since the last performance of Queen with the one and only Freddie Mercury. However, Queen’s music is so beloved that it continues to be performed live by his former bandmates, as well as by countless tribute bands. September 10th at The Newton Theatre was a sold-out show for the tribute band, Almost Queen. This Queen tribute band has an 18 year history of exceptional performances that has been a part of carrying on the legacy of Queen and their incredible musical artistry.

Steve Leonard, guitar player for Almost Queen, opened the evening, playing original music from his debut album, Break the Code, with his band The Steve Leonard Band. Not only is Leonard a great guitarplayer but he’s a spirited singer-songwriter, with a jazzy, soulful voice, who engaged the crowd with songs including, “Puttin’ On The Show,” “Receiver,” and “Be Like Alfonso.” When an audience is awaiting a main act they are often not attentive to the opening act. However, Leonard and his band had this audience completely tuned in for their 30-minute set.

As the darkened stage filled with lights the crowd erupted in cheers, as Joseph Russo (Freddie Mercury) strutted onstage sporting Freddie’s iconic 1986 yellow jacket. Russo instantly embodied the rock and roll legend, from his visual appearance to his classic Freddie showmanship, to his vocal range. It was hard to take you eyes away from him. Opening the set with the powerfully rhythmic, crowd-favorite, “We Will Rock You,” the audience was completely enthralled, and their energy and excitement never diminished throughout the 90-minute set. When speaking of Queen’s catalog it’s hard to say “crowd-favorite,” as the number of songs that are favorites is extensive.

The second number in the set, “Tie Your Mother Down,” from A Day at the Races, may be less well-known, but the powerful drums, fierce guitar and passionate vocals continued the evening’s rocking spirit. Keeping the audience members on the edge of their seats, the band segued into Queen’s first US hit, Killer Queen, showcasing melodic lead vocals, beautiful harmonies, and an upbeat, whimsical energy. Fans at The Newton Theatre were fortunate to be

present for this night of expertly performed greatest hits, including, “Play the Game” “Bicycle Race,” “Another One Bites the Dust,” Somebody to Love,” “Radio Ga Ga,” “Crazy Little Thing Called Love,” and the list goes on and on.

After removing the yellow jacket, Russo remained in Freddie’s signature white tank, light jeans, and studded black arm band and belt. As he strut about the stage with mic-in-hand, Russo made his way to the piano during several numbers, and demonstrated piano playing skills that were equally as impressive as his vocals.  In Freddie character, Russo spoke to the crowd in a British accent, which momentarily had those present forgetting this “Freddie” is a NJ native. Performing as Brian May, Steve Leonard sported a long curly wig of hair, and jammed on his guitar with a huge smile and boundless effervescence. Bass player Randy Gregg, though not a John Deacon look alike, looked the part of a classic rock and roller, with black leather pants and vest, as well as rockstar hair, make-up and jewelry. Drummer John Cappadona personified Roger Taylor, with his laser-focused energy and power on the drums.

With a set comprised of so many hits, there was not a moment when the crowd was not singing along, cheering, waving their arms or dancing in their seats. Each time a favorite song ended, another favorite began. Of course no tribute to the music of Queen would be complete without the incredible “Bohemian Rhapsody” and the empowering “We Are the Champions.” With audience members on their feet, and a chorus of hundreds joining on vocals, Almost Queen’s performance came to its passionate ending. There was no doubt why Almost Queen brought so much passion and energy to the crowd.  With the band’s beautiful four-part harmonies, powerful instrumentals, and enthralling stage presence, it was a musical experience that felt authentic to the legacy of Freddie Mercury and the music of Queen.

Most of us music enthusiasts would love to turn back the clocks and have the chance to attend live performances of our musical heroes. When those opportunities no longer exist, tribute bands provide an opportunity to enjoy beloved music and feel the energy and spirit that nothing but live performances can duplicate. If you’ve been longing for that experience and with the music of Queen, Almost Queen will surely rock you. 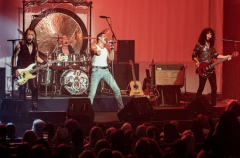 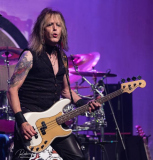 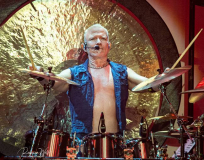 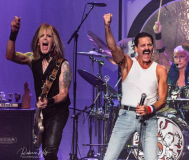 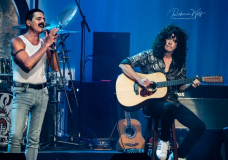 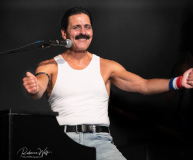