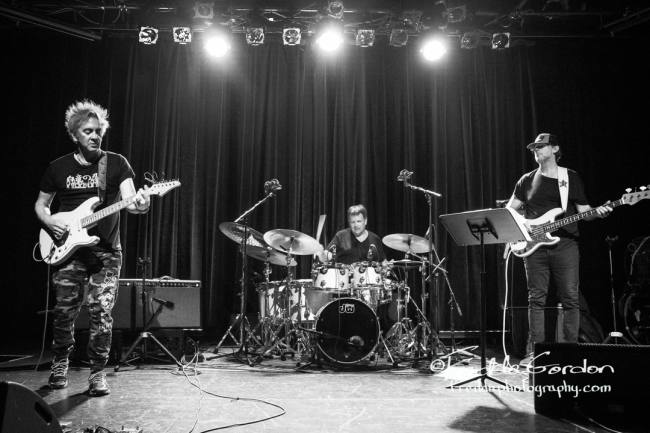 KLC, comprised of the extraordinary guitarist Wayne Krantz, drummer Keith Carlock (Steely Dan, Sting, John Mayer) and bassist Tim Lefebvre (Tedeschi Trucks Band, David Bowie), put on a breathtaking show tonite at the Fairfield Theatre Company, in Fairfield, CT. Their musical artistry was riveting from start to finish. The audience in the intimate StageOne space was filled with long time fans who used to see all the Krantz trio variations at the recently defunct 55 Bar in New York City.

At show time the three musicians unassumingly walked into the stage, took their instruments and dove into the music with high intensity that continued throughout the entire show. And what a show it was! These musicians know each other well and their playfulness with each other, and the music, came across in every song. Krantz set the tone with his unique music and expert ability to turn the guitar into something more. Carlock’s explosive virtuosity on the drums and Lefebvre’s phenomenal bass skills were unbelievable. Towards the end, Lefebvre created a bass tone that literally vibrated the our seats giving a whole new meaning to feeling the music. He did this with a laugh leaving you feeling like you were in on a joke. At the end of one particularly moving tune, in the silence before the next song began, a man’s voice rung out exclaiming, “That was over the top! That was over the top!“. The band heard it too and they laughed. As the music wound in and around me I knew I was experiencing greatness in these musicians individually, and as a trio it was multiplied. 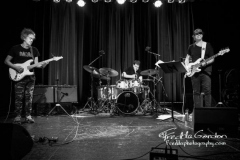 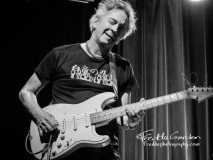 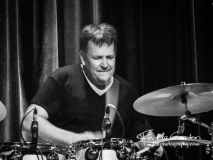 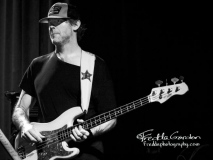 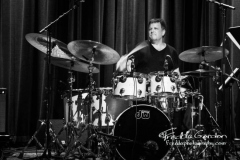 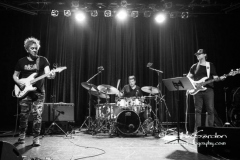 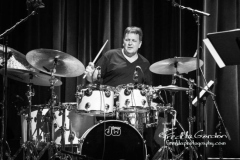