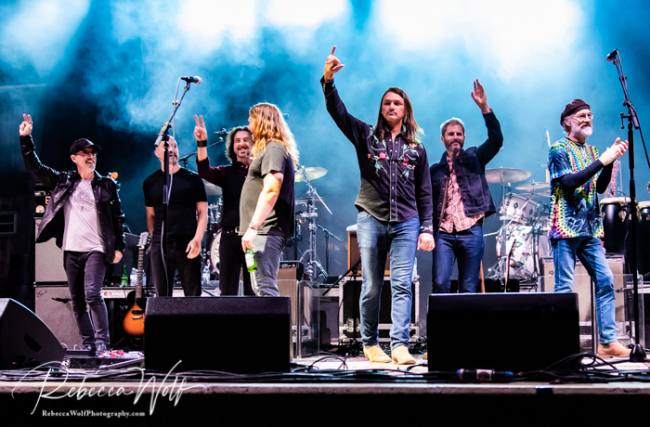 One might ask, “Is it really as thrilling to see a band play live that you’ve already seen? What if it was just one or two months prior….is it still as exciting?”  While I understand these questions and the inherent doubt attached to them, any enthusiastic fan will tell you that seeing their favorite band(s) play live never loses its magic. Whether it’s the first time seeing your beloved artist(s) perform live, the 10th time or even the 50th, every show is as magical and enthralling.

The excitement begins the moment a new show is announced and tickets are purchased, and lasts through the concert’s final encore, until one’s head is laid to rest that night. When you wholeheartedly appreciate and love an artist’s music, and feel admiration for the musician(s), every performance is an opportunity to be enveloped by those wonderful feelings, and to get lost in sharing the moment and experience with the band and the fellow fans. There’s nothing quite like feeling the reverberations of the towering speakers, seeing the multicolored flashing lights fill the stage, watching the musicians passionately play their instruments and witnessing the interplay between band members; the combination of which makes the music come alive and feeds your soul.

This is the reason why, having seen the Allman Betts Band perform a month ago in Scranton, PA, I was no less enthused to see them perform again in Bethel, PA at the Pat Garrett Amphitheater. Dare I say, I was even more enthused. Having had the opportunity to listen to the band’s recently released album Bless Your Heart for an additional month, I was more thrilled to hear these songs live again. When the album was first released at the end of August, I was of course eager to hear their new music. However, I also approached the album with some hesitancy, as I felt great loyalty to the band’s debut album Down to the River. How could I possibly love another Allman Betts album as much as I loved the first? That could not happen! Well, I was wrong. What I discovered is that the albums need not be compared. They are like two children, unique and wonderful in their own ways and should be equally as adored. So, attending the show at the Pat Garrett Amphitheater and again hearing songs from Bless Your Heart played live for a second time, along with songs from Down to the River, was something I couldn’t have been happier to have the opportunity to experience.

While the drive-in show in Scranton was a stellar performance, the night was unseasonably cold to be sitting outdoors. And, with the band perched atop a hill, overlooking the cars parked below, there was quite some distance between the stage and the audience. However, at the Pat Garrett Amphitheater, the socially distanced performance came in the form of 6 feet by 6 feet grass squares, for each pair of fans. Six foot spacing between each square, allowed for appropriate social distancing to be maintained. With front row squares starting approximately 10 feet from the stage, there was a feeling of connection and intimacy between the band and the crowd. On an unseasonably warm night for the end of October, fans were able to sit, stand, dance and comfortably sing along from their socially distanced locations, while still feeling connected to the band and to fellow Allman Betts fans.

There was mutual appreciation between the band and audience members. On this second night back on the road for the Allman Betts Band, it was obvious they were happy to be on stage, doing what they love to do. Addressing the crowd, Allman expressed his gratitude, noting how happy they all were to be playing their music and sharing it with a live audience. An enthused fan’s shouted response, “Thank YOU Devon!” was a sentiment obviously felt by all in attendance.

The show’s opening number, Bless Your Heart’s “Airboats & Cocaine”, was the perfect high-energy sound and feel to set the mood for the evening, and showcased Allman’s deep, powerful voice. The energetic vibe continued with the album’s upbeat, Southern Rock tune, “King Crawler”, featuring Betts, with a bit of country “twang”.  Keeping with this dance spirit, Oakley Jr., led the band and the crowd in singing (and dancing to) the Grateful Dead’s “Shakedown Street”. The surprise song of the evening was Oakley Jr.’s concert tour debut of “The Doctor’s Daughter”, his first song written and sung with the Allman Betts Band. Playing keyboard alongside the band’s superb keyboardist, John Ginty (passing the bass to Allman), Oakley Jr. drew listeners into the beautifully melodic song, with a voice filled with passion and urgency. With Betts leading the song to it’s closure on flamenco-style guitar, a hush hung over the crowd, who remained engaged in the soulfulness and beauty of every last note.

The remainder of the set list for the evening included a mix of songs from both Allman Betts Band albums, including “Magnolia Road”, the first single released from Bless Your Heart, with Allman and Betts trading lead vocals, and guitarist Johnny Stachela playing a mean slide guitar.  The incredible 12 minute instrumental, “Savannah’s Dream”, also from Bless Your Heart, allowed band members to spread their instrumental wings and display their expertise, during prominent stretches by the keyboardist, guitar players, drummer (John Lum) and percussionist (R Scott Bryan). Band members were also able to showcase their individual talents during solos moments in “Down to the River”, from the band’s debut album, a song that perfectly highlights Allman’s warm, rich baritone voice. “Autumn Breeze”, with Betts singing lead vocals, displays Betts’ phenomenal skills on guitar, alongside Stachela’s incredible slide guitar playing. And of course, a highlight from Bless Your Heart, the amazing “Pale Horse Rider”. The song gives you chills from the first haunting strum of the guitar, followed by the first note of Allman’s deep, smooth vocals. If you have yet to watch the video for this song (I’m sure no Allman Betts fan has), immediately go to YouTube and watch it after reading this review!

An Allman Betts set list would not be complete without paying homage to artists admired by the band, including Tom Petty, and of course the family patriarchs from where these gentlemen came, none other than The Allman Brothers Band.  From Petty’s “You Got Lucky”, to The Allman Brothers “Blue Sky” and “Midnight Rider”, there was no shortage of incredible music, amazing energy, and just pure magic at the Pat Garrett Amphitheater that evening. That’s what seeing live music is about….especially when it comes to seeing live music performed by your favorite artists. Feeling the energy, feeling the passion, feeling the music….nothing can replace it.  So, is it really as thrilling to see a band play live that you’ve already seen?  The answer is a resounding yes….for me, as many times as I’m able! 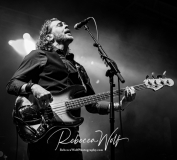 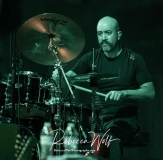 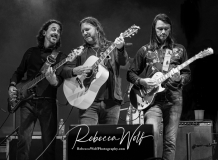 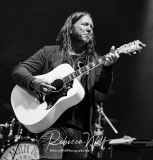 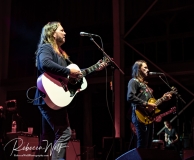 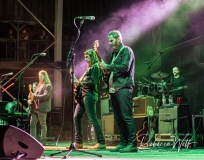 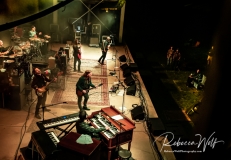 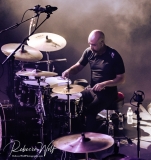 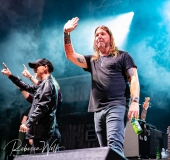 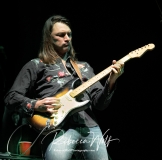 Review and Photos By Rebecca Wolf