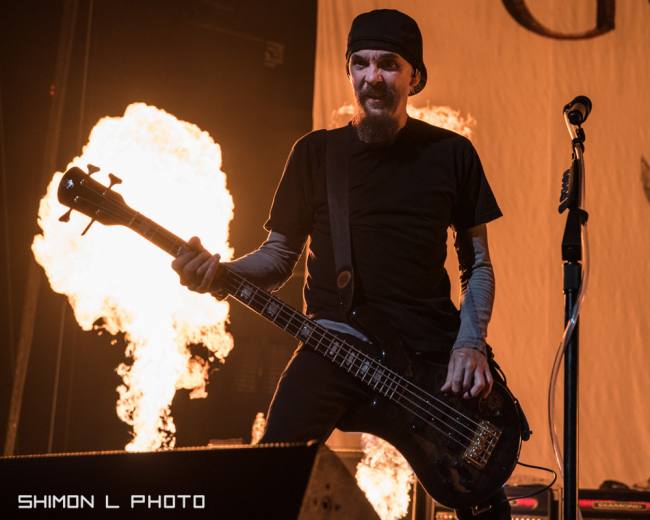 Thousands of fans were ready to rock the Prudential Center in Newark, NJ on Thursday April 28th. This show has been three years in the making, rescheduled multiple times due to the pandemic. The festival, hosted by WHDA 105.5 The Rock of New Jersey, featured Godsmack, Three Days Grace, Black Veil Brides, Wage War, and Lilith Czar. Each act was introduced by WDHA personalities, bringing their unique flair to the show.

The night kicked off with a high energy performance by Lilith Czar. Hailing from San Francisco, the former lead singer of Automatic Loveletter is now a solo act. She performed six songs off her debut album Created From Filth and Dust. The set included her songs “Anarchy,” “Feed My Chaos,” and a cover of Stevie Nicks’ “Edge of Seventeen”, giving a rock edge to this classic hit.

Wage War, the metalcore band from Ocala, Florida took the stage next. Their rocking eight song set included six from their 2021 album Manic including: “Circle the Drain,” “High Horse,” and “Teeth.” They closed out with the 2017 hit and fan favorite “Stitch.”

Next to take the stage was Black Veil Brides. The Glam Metal band from Cincinnati, Ohio put on a fantastic performance. Their eclectic set included songs off of all six of the band’s albums and featured many fan favorites such as;  the band’s first single from 2009 “Knives and Pens” and their 2012 hit “In The End.” The set also showcased two songs from their newest album 2021’s The Phantom Tomorrow.

The penultimate act of the night was the Canadian rock band Three Days Grace. They had the crowd on their feet for the entire ten song set. The band kicked off their performance with “So Called Life”, a new song off their upcoming album Explosions out this week (May 6, 2022). The show included many of the band’s earlier hits including: “Animal I Have Become” and “Never Too Late” off the 2006 album One-X and “Home” and “I Hate Everything About You” off the band’s 2003 self-titled debut record. Fans erupted as they closed out with their platinum hit “Riot.”

Finally, Godsmack took the stage and tore the roof of the Prudential Center. Their fifteen song set included hits from all seven of the band’s studio albums. A unique opening, they began with a video intro by the Beastie Boys’ Mix Master Mike.  Then they launched into a knockout performance of “I Stand Alone,” “When Legends Rise” and “1000hp.” Fans were treated to an epic pyrotechnic display which added to the unforgettable experience. They closed out the night with a two song encore including their 2019 number one hit “Under Your Scars”. Fans sang along as the night concluded with their rock cover of the Beatles “Come Together.” 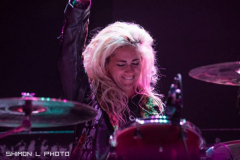 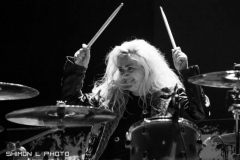 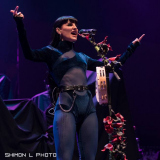 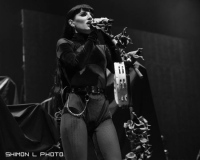 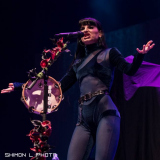 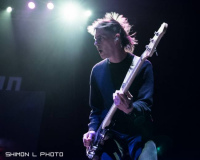 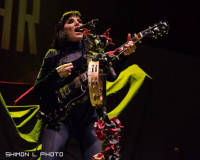 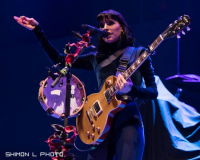 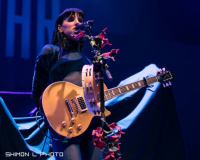 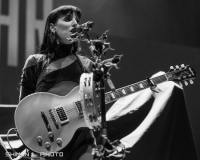 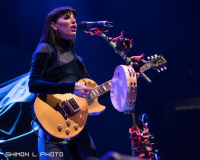 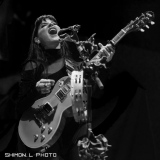 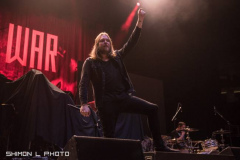 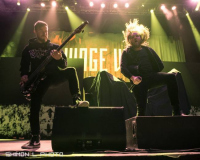 Photos and Review by Simon Lindenblatt