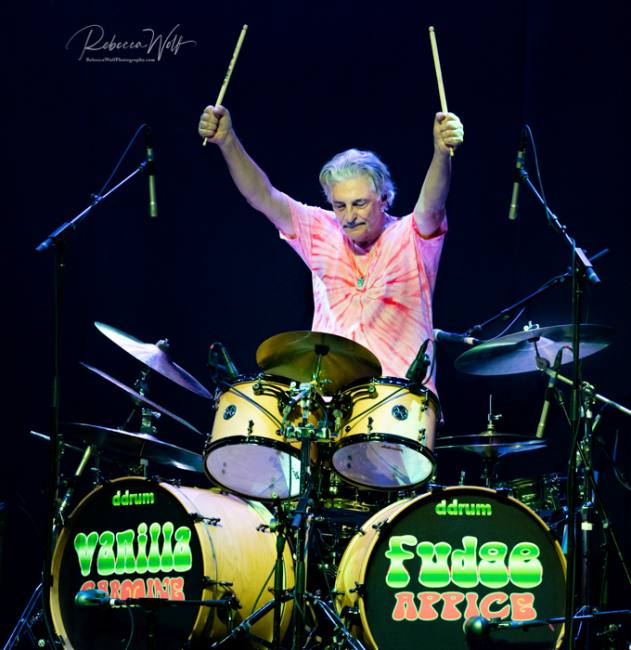 Vanilla Fudge  and Beyond Purple

Live music has been a booming industry, particularly for the top echelon of musicians, for more than half a century. Fans thrill at having the opportunity to see and hear their favorite artists perform, and be part of the shared energy and spirit of fellow enthusiasts. Unfortunately, with ticket prices soaring for many bands, performance locations not always feasible to reach, or various artists ending their touring careers, many fans don’t have the opportunity to see and hear their favorite music played live by the original artists. That does not diminish fans’ desires to hear the music they love played live. Likewise, there are scores of musicians who are themselves avid enthusiasts of particular bands and feel passionate about playing their music. The result has been a flourishing of “tribute bands,” that provide both the musicians and fans an opportunity to immerse themselves in the music they love and pay homage to the original artists.

The term “tribute band” gives the expectation of hearing musical numbers that sound as close as possible to the original songs. In some instances, band members strive to imitate the look and stage presence of the bands they’re emulating. During performances, fans often sit with a keen ear listening to the instrumental notes and the sound of a singer’s voice, making comparisons to the versions that resonate in their minds. However, there’s a distinct difference between a “tribute band” and a band that’s created “cover songs” of other artists. When a band does a cover of an artist’s song, the goal is typically not to sound like the original artist, but rather make the song their own. Some covers are minor variations, while others are vastly different. Some stand equally alongside the original, while others may become even more well-known.

If you turn the clock back more than half a century, the rock band renowned for making covers their own, and creating progressive, hard rock versions of a number of contemporary songs, is the one and only Vanilla Fudge. Vanilla Fudge’s 1967 self-titled debut album, contained their hit rendition of The Supreme’s “You Keep Me Hangin’ On,” as well as covers of The Beatles’ “Ticket to Ride” and “Eleanor Rigby,” and The Zombies’ “She’s Not There.” Vanilla Fudge, often considered the godfathers of progressive rock, created psychedelic, progressive, hard rock music that was a major influence for countless bands emerging in the 1970s, including Deep Purple, Yes, and Emerson, Lake & Palmer. While Vanilla Fudge released five albums during their initial stint from 1967-1970, the inspiration they provided was not a result of songs they penned but their incredible interpretation of songs, and their phenomenal musicianship.

The band’s original four members included Mark Stein, lead vocals and keyboards, Vince Martell, guitar and vocals, Carmine Appice, drums and vocals and Tim Bogert, bass and vocals (d. 2021.) While the band originally disbanded in 1970, they continually reconnected over the years (with various members), released the album “Mystery” in 1984, and continued to tour. In 2010, after Tim Bogert’s health caused his retirement, Cactus’ Pete Bremy joined on bass and vocals. It’s these four incredible musicians who’ve continued to perform the music of Vanilla Fudge, now five and a half decades since their incarnation.

On the evening of April 23rd at The Newton Theatre, fans of Vanilla Fudge eagerly awaited the band’s arrival on stage. One fan, with a look of anticipatory joy on his face, proudly showed me his ticket stub from a 1969 Vanilla Fudge concert. Considering Vanilla Fudge’s influence on so many artists, their fanbase includes not only those who’ve followed them since the band’s origination, but those who became acquainted with Vanilla Fudge through the bands they inspired. While the crowd came to hear the progressive, psychedelic rock of this legendary band, this evening was the perfect opportunity to showcase Vanilla Fudge’s musical influence, by opening with a tribute band that performs the music of Deep Purple, a band that’s credited Vanilla Fudge as an inspiration.

This tribute band, hailing from Connecticut, is Beyond Purple. While Beyond Purple is a Deep Purple tribute band, they go “beyond” the parameters of the Deep Purple catalog, as their name suggests, and additionally perform music of Rainbow, Dio and Whitesnake.  From the moment Beyond Purple emerged on the stage there was no doubt these musicians were there to rock. Often concert-goers perceive an opening act to be “lightweight,” something to casually attend to before the main event. However, Beyond Purple was no lightweight band. From the first dramatic guitar notes and pulsating drumbeat of Deep Purple’s “Highway Star,” these musicians took the venue by storm and grabbed the audience’s attention.

Throughout the band’s 50-minute set the energy remained electric. It was impossible to not be drawn in by lead singer Mike Gill’s passionate, powerful and expressive rock vocals. Performing Deep Purple’s hit “Hush,” a hit from their debut album, Mark Zito’s keyboards and backing vocals, and Brian Camilleri’s rhythm on the bass, added a layer of depth to the song’s psychedelic but melodic tone. During “Burn,” the title song from Deep Purple’s harder rock, eighth album, Bryn Mutch frenetically beat the drums and twirled his drumsticks, and guitarist Jimi Bell showcased his expertise, as his fingers moved with lightening speed along the neck of his silver-sparkled guitar. Additional songs in the band’s set included Deep Purple’s “Perfect Stranger” and “Knocking at Your Back Door,” and Whitesnake’s, “Still of the Night. However, no Deep Purple tribute would be complete without the band’s hit, “Smoke on the Water,” recognizable from the first dramatic guitar riff. As each musician joined in, from the clashing of the cymbals, to the beat of the bass guitar, Gill’s voice rang out through the theater, as Deep Purple fans rocked in their seats, bobbed their heads, and sang along with the song’s refrain. While many fans eagerly await the end of an opening act, the vocal talents and instrumental abilities displayed throughout Beyond Purple’s set engaged the audience and brought them the sound and feel of Deep Purple. Isn’t that the goal of any tribute great band?!

As the members of Vanilla Fudge made their way onto the stage, the applause of adoring fans filled the venue. Carmine Appice, in a hot pink tie-dyed t-shirt, Vince Martell, in a black denim vest with patriotic patches, Mark Stein, in a head wrap, and Pete Bremy, in a leather vest and cap, presented as musicians who began their careers in the heyday of 1960s rock. However, as the saying goes, “Age is just a number!” Those five words couldn’t have rang more true than with these legends, who performed with the energy and spirit of many half their age, and sounded phenomenal while doing so. The band opened with a rendition of Neil Diamond’s “I’m a Believer,” that turned The Monkees’ pop version into a drum-infused prog-rock number. The band followed with a powerful, psychedelic recreation of The Supreme’s, “Stop! In the Name of Love,” that made it impossible to recall the song as a sweet, pop, R&B number.

Throughout the band’s hour and a half set, Martell jammed on his guitar and Appice beat the drums, both with intense focus and passion. The guitar solo in Donovan’s “Season of the Witch,” showcased Martell’s still undeniable skills, as his fingers moved with incredible speed and dexterity. As Appice stood behind his drum set, the remaining band members took leave from the stage and  allowed Appice the opportunity to perform an enthralling, powerful 5-minute drum solo. Moving from his home base behind the organ, Stein played the keyboard, while beautifully singing the sentimental, “Let’s Pray for Peace,” an original song by Stein from the band’s album Spirit of ’67. In addition to an incredible voice that belies the passage of time, Stein appears to have physically found the fountain of youth. No Vanilla Fudge show would be complete without their most notable hit, The Supremes’ “You Keep Me Hangin’ On.”

It’s been fifty-five years since Vanilla Fudge initially proved their ability to create something new, from the foundation of what existed. They made these songs their own, and became an example of how a great cover song is born. While doing so, Vanilla Fudge succeeded in becoming the “godfathers” of the progressive, psychedelic rock sound that has influenced countless musicians and made an indelible mark in music history. 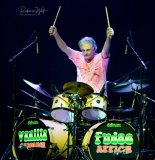 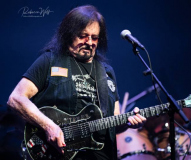 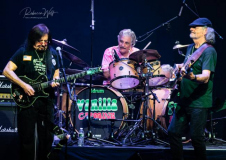 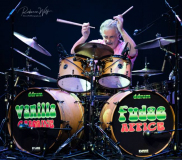 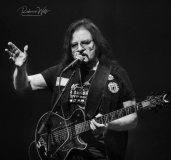 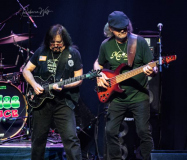 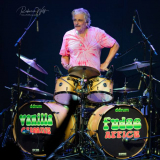 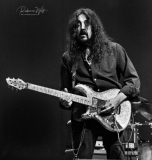