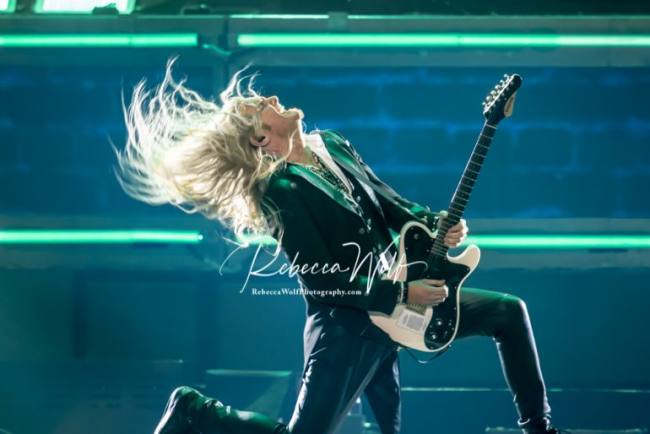 Exhilarating, breathtaking, dazzling and jaw dropping are all words that come to mind when asked to describe the Trans-Siberian Orchestra: The Ghosts of Christmas Eve show at the Prudential Center on December 22nd. I’m convinced though, that words are not capable of painting an appropriate picture of the brilliant cacophony of lights and sounds that filled the arena, enveloping the audience and electrified all in attendance, from the tops of their heads, to the bottom of their toes.

My thrilled reaction was heightened I believe, because when I entered the Prudential Center that evening, I had NO idea who Trans-Siberian Orchestra was, what type of music they played or what to expect from their performance. If someone had snapped a shot of me during the show I believe my eyes would’ve been as big as saucers. While I’d heard the name Trans-Siberian Orchestra over the years, what I’d envisioned was closer to a general holiday show. Maybe there would be a choir, some songs about the season, Christmas carols, and a few religious numbers. There might be pretty stage lights, an orchestra, as the band’s name suggests, and the show would be aimed at“ holiday enthusiasts”.  Well, the performance I watched that evening was NOTHING of the sort. It was anything but “general” and was suited for fans of electrifying musical and visual performances, from any religious or cultural background.

The show was an extravaganza of lights, lasers, pyrotechnics, rock & roll, orchestration, choir performance, story-telling and holiday spirit, all fused into one. Like a kid in a candy shop, your eyes didn’t know where to look first. Maybe you were drawn to the seven enormous discs high above, turning, shifting positions and flashing colors. Maybe your attention was grabbed by the stage backdrop, with dinosaurs and prehistoric creatures lunging off the screen. Or, maybe your gaze was fixated on the four band members on cranes, 2 stories about the crowd, fearlessly playing their rock & roll. All of the visuals were breath-taking. When the last song ended and the stage went black I was left speechless and even a bit shaken.

As phenomenal as the performance was as a whole, the individual singers and musicians were equally as incredible. With upper and lower stages, as well as raised stages on either end, the musicians, including two guitar players, two keyboardists, a drummer, a bass player, and a violinist, were everywhere.  A choir filled one section of the stage and an orchestra occupied another. Movement on the stage was fast and furious, as the musicians’ energy equaled that of the fantastic light show. Guitar player Joel Hoekstra radiated the enthusiasm, spirit and vibe of the ultimate rock & roll star. With his long, blond hair, black leather pants, and tailed coat he commanded attention.  While Hoekstra fiercely played his guitar he was constantly in motion, traveling across the stage, ascending to the raised end stages, and jamming with the band members. Hoekstra’s passion for the music, for playing guitar and especially for performing, were equally demonstrated by his facial expressions and body motions, including the dramatic flips of his golden hair.

Equally as eye-catching was the amazingly, uniquely talented violinist, Roddy Chong. Playing professional violin is an amazing skill in a “typical” orchestra. However, playing violin in a high-energy rock & roll performance and demonstrating an equivalent level of frenetic energy, is talent of a different caliber. Chong’s shredded violin bow was a just one sign of his exuberance and intensity on the violin. Performing on platforms and cranes, suspended high above the audience, Chong waved his bow like a maestro and commanded attention of the crowd.

The second guitar player in the band, acting in the role of the band’s ring leader” was Chris Caffery.   Caffery has been a member of TSO since the creation of the band, 20 years ago. While not as  stage-commanding has his counterpart, Hoekstra, Caffery, with his matching leather pants and tailed coat, demonstrated his equally impressive rock skills on his guitar.

From bass player, Tony Dickinson, to drummer, Jeff Plate, to keyboardists, Mee Eun Kim, and Derek Wieland (also musical director), there was never a doubt about every musician’s energy, passion, skill, and showmanship. The performance moved at such a fast pace that all band members had to connect, work as a well-oiled machine and be in absolute sync with one another. Adding an exceedingly impressive layer to the foundation laid by the musicians, were the unbelievable voices of the band’s singers. These five men and five women sang together as powerfully and harmoniously as a large gospel choir.  Members of the choir individually showcased their voices throughout the performance, radiating the spirit of the evening, with traditional Christmas classics, like “O Come All Ye Faithful/O Holy Night”, to songs from the best of TSO, including “Find Our Way Home” and “Chance”.

At over 8 minutes in length, “Chance”, a cover of the song by the heavy metal band Savatage, was sung by Zak Stevens, former lead singer of Savatage. TSO has strong connections to Savatage, as both bands have included guitarist Chris Caffery, drummer Jeff Plate, and guitarist Al Pitrelli (from TSO West). “Chance” had a haunting feeling at the onset, with a towering watch face on the stage backdrop and fast moving hands, it appeared as a visual of the speed at which time passes. Maybe the haunting was the ghost of time gone by.  As the backdrop changed to flags of nations all over the world, in flashes of different patterns and combinations, fire leapt up from the stage in a fantastic show of pyrotechnics. Stevens’ voice fit the song perfectly, with his powerful, throaty, heavy metal voice.

This year is Trans-Siberian Orchestra’s 20th year on the road. With less than two months to  cover the United States, there is a TSO East band and a TSO West band.  The bands are mirror images of each other and are both under the helm of the TSO’s creator, Paul O’Neill, who formed the band in 1999.  During the performance Chris Caffery thanked and honored O’Neill, as he shared with the audience O’Neil’s feelings behind the creation of TSO. Caffery stated, “Paul would always say to us, each person in their lives deserves to have one perfect moment, one perfect night. Twenty years ago he created this for us, and all of this for all of you.” Caffery continued, noting with gratitude, that as a band they’ve all had what they consider to be “a perfect moment” from the first day of their very first tour and every tour since.  With passion in his voice, Caffery proclaimed, “This one’s for you boss.” Singing “Someday,” vocalist Kayla Reeves’ voice was heart wrenchingly powerful, emotional and chilling.

In the Trans-Siberian Orchestra website bio, O’Neill writes that when creating TSO he, “wanted to take the very best of all the forms of music I grew up on and merge them into a new style….I’ve always believed that music has the power to transport and transform.” Beyond the band’s innovative music, it’s the performances where their following was cemented. “I want people to walk out of our shows speechless and still not believing what they have seen was possible,” stated O’Neill. THAT….he has done!! I still can’t believe what I heard and saw that evening.  While speechless at the closing of the lights that night, I have since been unable to stop sharing with others about the thrills and wonders of a Trans-Siberian Orchestra performance.And, have urged everyone I’ve spoken with that come next holiday season, this is one show you DO NOT want to miss. 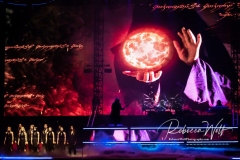 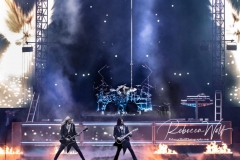 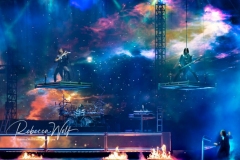 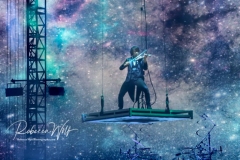 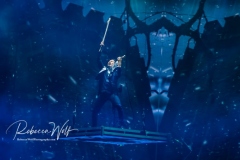 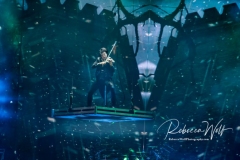 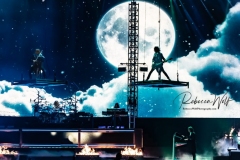 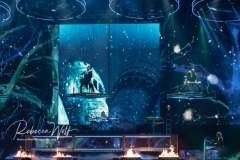 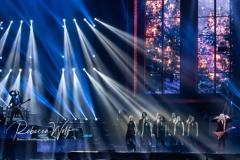 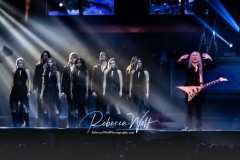 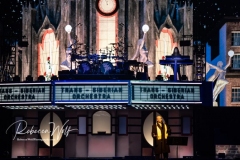 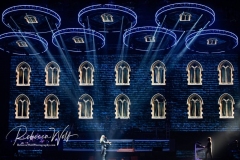 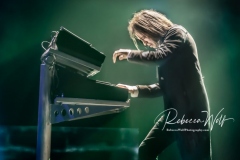 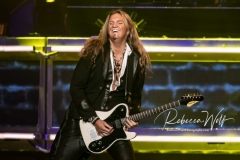 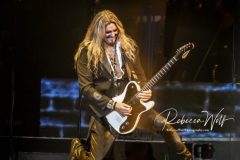 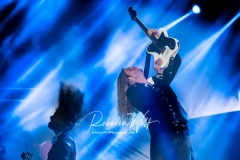