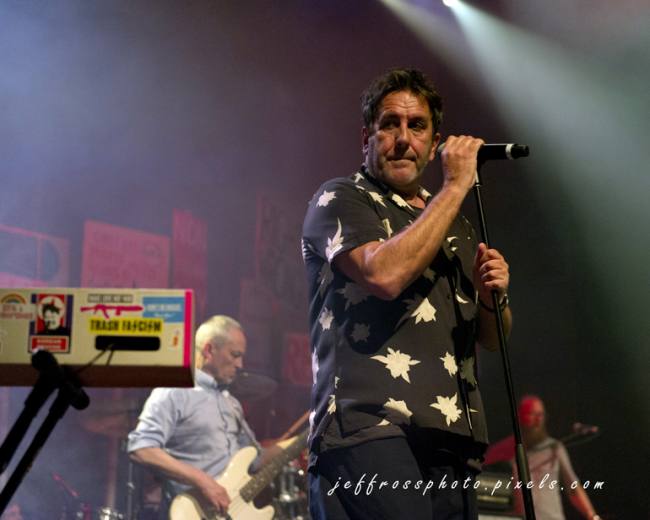 The Specials brought a nearly two-hour show to The Danforth Music Hall in Toronto, the first of two sold-out gigs in perhaps their best market outside of the UK. The pit was crowded, but without the constant crowd-surfing that I saw in 1993, the first time I saw them play. By the end of the night, the seated balcony was anything but; taller heads nearly scraping the rafters at the very top.

I can’t do justice to the widespread impact The Specials and their label, 2 Tone Records have had over 40 years. The list of greats they’ve worked with and/or influenced over the years is stunning; Elvis Costello, Chrissie Hynde, Amy Winehouse, Madness, The English Beat and more.

Even more important perhaps is the multi-racial make-up of the band and the consistent anti-racism message in the music that began right from the late seventies when racial and economic tensions in the UK were at a historical peak. The Specials, with songs like ‘Racist Friend’ (If you have a racist friend/now is the time for that friendship to end) gave diverse ethnic groups a chance to bond over the common love of music.

The Specials tour the UK and other European countries later this summer and fall.