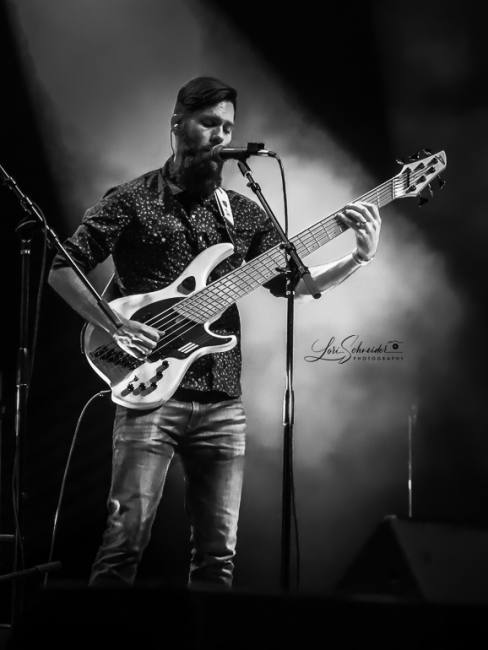 Progressive rock/metal was the theme of the night when Trope, Haken and headliner Symphony X brought their music to the Wellmont theater in Montclair, NJ on June 12, 2022. This was the last show of the 25th anniversary tour for Symphony X. Shooting the show was somewhat challenging as there was no pit to be utilized. The general admission area which is usually wide open was set up with chair seating with the first row about 12 inches away from the stage. On top of that, only the first three songs for each band could be shot and the camera had to be put away. Why? Who knows? It was very disappointing as this limited some great moments from being captured. With that said…

Trope, a progressive alternative rock band formed in 2016 located in Hollywood, CA  opened the show and took the stage for a 35-40 minute seven song set. Frontwoman Diana Studenberg and guitarist/producer Dave Thompson were the duo of the night as timing and logistics for the other band members prevented their appearance. Backing tracks of bass and drums aided them, but nothing was lacking in their performance. Trope’s music is a lyrical journey (“breaking free from patterns” in their words) combining hypnotic vocals and rhythms with progressive elements. Their debut album “Eleutheromania” released in March 2021, meaning a “frantic zeal for freedom”, had them opening the show with “Lambs” which was the first song written by Trope. Playing six other songs from the album including Planes and Breach, they ended their set with energetic song “Pareidolia” getting the audience ready for Haken. This is one band not to be missed. You can find Trope heading out next on a 10-date Fall tour in the UK with King’s X. Check Trope out online at www.tropetheband.com and on Instagram @tropeband.

Next up was Haken, a modern progressive rock band with many contrasting influences (most notoriously 80s synth pop-rock) formed in 2007 hailing from London, England joining Symphony X on their 27-date North American tour. The six member band is fronted by Ross Jennings (‘Ross J’ as was on his shirt), Charlie Griffiths on guitar, Rich Henshall on guitar/keyboards, Connor Green on guitar, drummer Ray Hearne and keyboardist Pete Jones. They performed a one-hour, seven song set which included one of their more recent songs “Nightingale”, “1985” (with light up sunglasses worn by Ross included) and “Invasion” to name a few. Their debut album “Aquarius” was released in 2010, but they now have an impressive combination of nine studio albums, live albums and EP’s. Their music definitely has its own unique sound, but for comparison, think of Dream Theater and Queensryche. You can find them online at www.hakenmusic.com and on Instagram @haken_official.

Finally, it was time for Symphony X to take the stage for the last show of their 25th anniversary tour. An American progressive power metal band from right here in Middletown, NJ formed in 1994. This five member ensemble is fronted by Russell Allen, Jason Rullo on drums, Michael Romeo on guitar, Michael Pinnella on keyboards and Michael Lepond on bass (that’s a lot of Michaels!). Their 90-minute setlist mostly covered more recent songs, but they did include a few of their classics (11 total albums and counting). Opening with “Nevermore” got the audience immediately on their feet and participating from start to finish. Other songs in the ten song set included “Serpent’s Kiss”, “Without You” and “Kiss of Fire”. All of this leading to the encore “The Odyssey”. Each band member has a definite stage presence and knows how to entertain a crowd. The music is fast, technical and incorporates symphonic and neoclassical elements. You can find them online at www.symphonyx.com and on Instagram @symphonyx.

This was my first time seeing each of these bands and they did not disappoint. It was also very obvious that the crowd enjoyed this night’s musical journey as well. 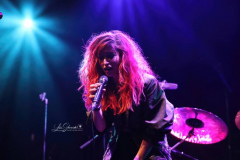 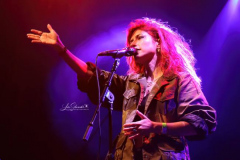 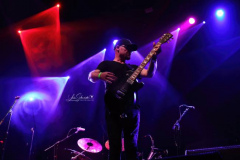 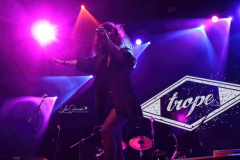 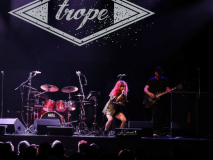 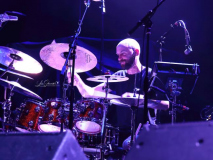 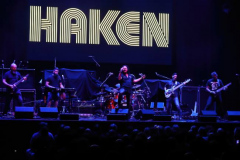 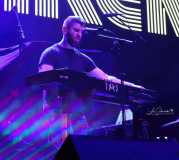 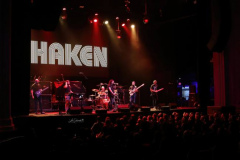