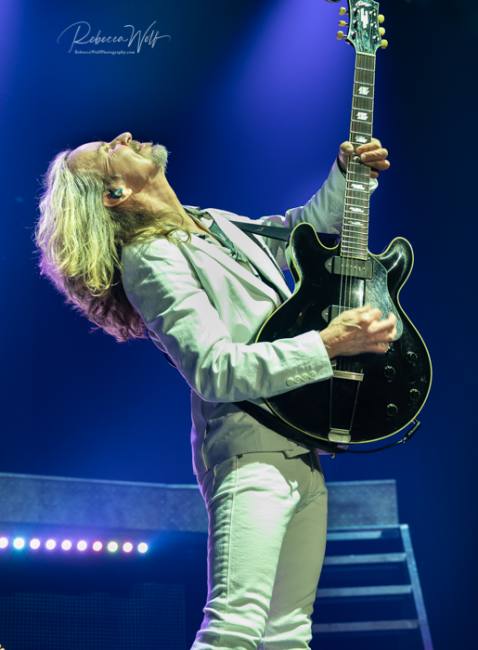 Click here to read an in depth Infocusvisions interview with Lawrence Gowan.

Last month marked the 50th Anniversary of the signing of the band Styx to their first record contract….the official birth of the band Styx. While half a century has passed, and the band has weathered a number of personnel changes, as of February 2022 Styx remains a cohesive musical unit that not only continues to tour and perform to sold out crowds (an amazing feat) but is still creating incredible new music. In June 2021, the band released their 17th studio album, Crash of the Crown, which landed on the US Billboard 200 album chart and has garnered rave reviews for its classic rock sound. Crash of the Crown followed the band’s 2017 studio release, The Mission, a concept album about a mission to Mars, conceptualized by the band’s incredible frontman, lead guitarist and singer/songwriter, Tommy Shaw.

In addition to the immense talents of Tommy Shaw, who’s been with Styx since 1975, the band includes founding member Chuck Panozzo, who’s shared duties on bass with Ricky Phillips since 2003, original band member James “J.Y.” Young on lead guitar, drummer Todd Sucherman, since 1995, keyboardist and singer/songwriter Lawrence Gowan, since 1999, and singer/songwriter, producer and since 2021 guitarist with the band, Will Evankovich.

On March 25th, at the Xcite Center – Parx Casino, the stage burst into incredibly vivid multi-colored lights, as the band entered the stage and began playing the first notes of Crash of the Crown’s “Fight of Our Lives.”  Euphoric cheers rang out throughout the packed house, as fans applauded the band’s arrival. While some bands might take time to get into a groove or find a rhythm, the Styx members were electric right out of the gate. These gentlemen are a well-oiled machine but there was nothing mechanical about them. What these band members brought to the stage surpassed technical skills and the ability to perform a set of songs. They brought a collaborative energy, enthusiasm and joy for playing both their new songs and the classic numbers. Not only were they expressive in their music but in their interactions with one another. They shared an obvious connection and a level of mutual respect, as they jammed together and moved about the stage.

The crowd’s enthusiasm at the opening of the show was only heightened as the band transitioned to the beloved classic “Blue Collar Man,” bringing the audience to their feet and rocking at their seats. It’s been close to five decades since many of Styx songs from the night’s set list, including “Lady,” “Come Sail Away,” “Too Much Time on My Hands,” and “Mr. Roboto,” topped the music charts. However, there was nothing about these songs that felt dated or out-of-touch. These Styx hits continue to feel timeless and relevant because they were born from a foundation of passionate instrumentals, pure vocals, positive energy and a creative spirit that are the basis of great rock music.

Nostalgia is great and many bands from the classic rock era continue to tour solely with the music from their heyday. However, for several Styx musicians, their ongoing musical creativity and passion would not be satisfied without continuing to create new music. It was this desire that lead the band to record and release The Mission and Crash of the Crown. This evening’s set list included The Mission’s incredible piano instrumental “Khedive,” exquisitely performed by Lawrence Gowan. While performing this number, the remainder of the band exited the stage, allowing for the focus to be placed solely on Gowan. However, Gowan does not need to be alone to command attention on stage. Shaw may be considered the frontman of the band, with his still beautiful rockstar voice, on display during “Crystal Ball,” and powerful guitar riffs.

However, Gowan is the evening’s showman, playing his rotating keyboard forwards and backwards, on the ground and off the ground, and verbally connecting with the audience. “If you wind the clock back to when plankton divided into cells you have JY Young,” Gowan teased upon introducing Young to the applauding crowd. Gowan’s spirit and vitality are completely engaging, as his enjoyment of performing, and more specifically, how much he loves the songs of Styx, is apparent to all. Singing Crash of the Crown’s energetic, 38-second “Lost as Sea,” Gowan transitioned into the gorgeous keyboard notes of Styx’s hit, “Come Sail Away.” Looking around the room, dare I not a soul in attendance wasn’t singing along to this beloved classic.

An additional highlight of the evening was Chuck Panozzo’s arrival on stage to play bass during “Fooling Yourself (The Angry Young Man),” with Shaw’s incredible voice belying the fact that it’s been 45 years since the release of the song on the album The Grand Illusion. During “Too Much Time on My Hands,” with Shaw encouraging all to clap and sing along, the crowd’s already positive spirits continued to rise. However, this energy was increased tenfold for the night’s final number, “Renegade.” As everyone in the audience stood and sang along at full volume, the beauty of these 1500 voices was in their passion…their love for a band whose musical journey began 50 years ago. With the energy and spirit of Styx’s current members, it looks like there’s no stopping them now! 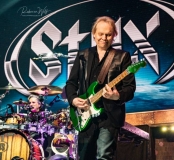 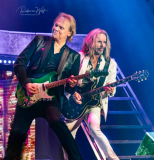 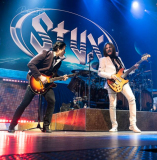