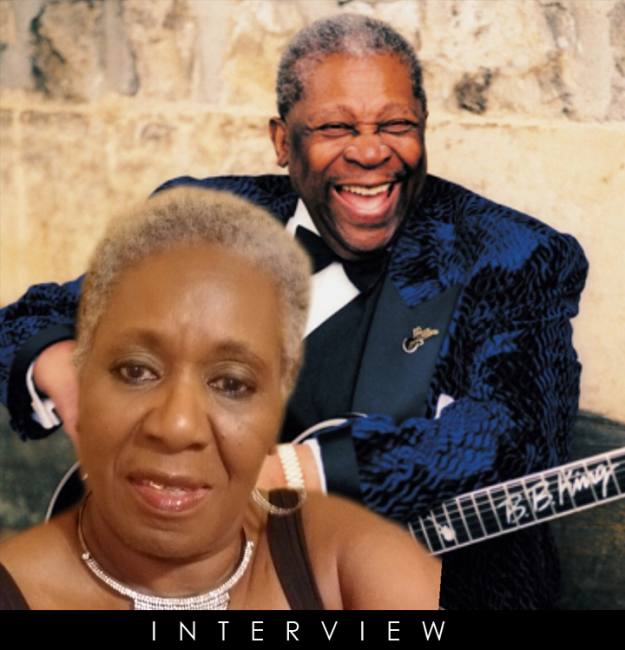 Shirley King showcases her amazing voice in a variety of musical styles on her latest album “Blues For A King”. This well thought out choice of songs allows Shirley to expand her traditional blues musical persona. Her earthy, sexy voice is accompanied by the “who’s who” of blues guitarists including Joe Louis Walker on “All of My Lovin” and Elvin Bishop (Butterfield Blues Band) on “I Did You Wrong”. Also, Pat Travers provides his relentless, hard driving beat on “That’s All Right Mama”.

Shirley skillfully shifts musical styles with an unexpected version of “Feeling Alright” by the British rock band, Traffic. She is equally comfortable with the Traffic ballad, “Can’t Find My Way Home” accompanied by Martin Barre (Jethro Tull). Her wonderful interpretation of The Temptations’ soul hit “Johnny Porter” features blues guitarist Arthur Adams. The distinct phraseology of her late father, the legendary B.B.King, comes through loud and clear in her delivery. In the final tracks, Shirley returns to the blues genre for which she is known with her throaty wail of “Feeling Good”, backed up by American blues and jazz guitarist Robben Ford. This is followed by “Hoodoo Man Blues” featuring background harmonica by the late Junior Wells from the Chicago blues scene and Joe Louis Walker. The final track on the album, “At Last”, is a homage to her musical role model, Etta James. I enjoyed speaking with Shirley who was very candid about her music and her life as the daughter of B.B. King. 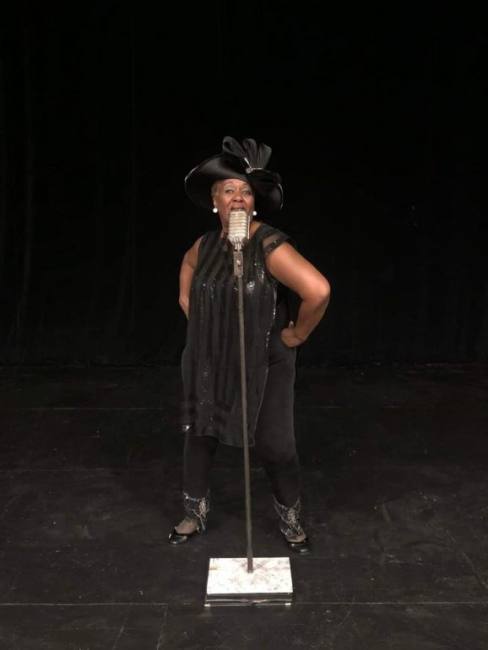 Maria Passannante-Derr: Before we discuss Shirley King, the blues singer, I know our readers want to hear about Shirley King the person, and what it was like growing up with B.B. King, and his influence upon you as an artist.

Shirley King: I was born in Vincent, Arkansas just outside of West Memphis. My Daddy left me with fourteen brothers and sisters, children of different mothers, but I wasn’t raised with them. At two and a half years, with the consent of my mother, my Daddy took me to live with his family in Memphis, Tennessee. His father, stepmother and younger sister looked after me and it was the greatest. Even though my father was on the road, and did not have time to stay at home, he trusted these people to take care of me. He never missed a chance to have his family bring me to see him when he was playing. So my cousins are really my brothers and sisters.

MP-D: Was there music in your family growing up?

SK: I am the third generation of King family blues legends. The first was Bukka White, my father’s cousin. He was a “Robert Johnson” type, an American Delta blues musician. The second and most famous was my father, B.B. King, and now me. There was my cousin, Walter King, a well-known sax player. My son, Patrick was also on the road with B.B.

I always knew I was a good singer. I was the [church] choir leader. I always stood out singing as a little girl. When people found out that I was the daughter of B.B. King, they would ask me to sing a song. But, I did not want to pursue the blues. I was mad at the blues because the blues took my father away from me.

MP-D: What was it like growing up in the theaters around very talented and famous musicians?

SK: My father’s little sister was responsible for looking after me while Daddy was on the road. She would take me to the shows to see him. In the early years, my father was the featured blues artist on shows with people like James Brown, Jackie Wilson, Sam Cooke and Stevie Wonder. He was so popular with the women and they followed him wherever he went. My father always made sure that he introduced me to all the talented people who played at the show with him. From the time I was five years old, I was so excited to meet these famous musicians. I did not understand how famous my father was until I was about seventeen years old. Then, I began to realize how lucky I was. When I was at my father’s shows, he would call out to me and bring me to the stage to do a jam to a song, like “Rock Me Baby”.

MP-D: What was the turning point for you? Do you remember the day when you said to yourself, “I’m going to sing the blues and I am going to be good at it.”?

SK: Early on in my career, I was a professional show dancer for all the big stars that would come to the Chicago and play at the theaters. Not just one type of entertainment but a variety of singers, dancers, comedians and the like. There came a time, after twenty years as a dancer when I didn’t want to leave my kids and travel like my Daddy did to me. I was at the top of my game. My father said that he had never seen anyone like me dance. No formal dance training but I could tear it up on the floor. There came a time when I did not want to dance anymore. Singing the blues looked like a lot of fun and you did not have to be famous to do it. I was in Chicago and all you meet in Chicago are blues people. So I went to clubs and watched and learned. One night, at the Kingston Mines blues club, I got up on stage to sing. When I saw all those people, I got scared and realized that I did not know what I was doing. I sang the same thing over and over in the wrong keys. I did not know the lyrics, but I got my mojo working. I started dancing and I got a standing ovation.

MP-D: And now “Blues For a King”, how do you feel about the final product?

SK: Really good, the album has been well received and the phone is jumping off the hook.

With the help and encouragement of John Lappen of Cleopatra Records, I am breaking out with “King of the Blues”. I was inspired and challenged with the songs he suggested, like the early Temptations song, “Johnny Porter”! These are songs that are very good historically. I never thought to have chosen them for the album but it works!

MP-D: How do you feel about recording Traffic songs, a style which you may not have been naturally drawn to as a blues artist.

SK: It was presented to me as a challenge and I accepted. I had to melt myself out of it and go into another spirit. I embraced the ballad “Can’t Find My Way Back Home” because my Daddy is gone and I have been fighting to find my way back to where I was when he was living, part of my journey in life.  I also love the image of feeling good and having a fun song, “Feeling Good”.

I did not think that I could do such a dark song as “Gallows Pole” (accompanied by Harvey Mandel formerly of Canned Heat and John Mayall Blues Band) but with John’s encouragement, I pushed myself out of my comfort zone and delivered. I look forward to recording a track with my father.

MP-D: It is wonderful to hear about this mutually loving, caring relationship you had with your father.

SK: He is the only man in my life that I had this total connection with. Once when we were just sitting down talking, and I told him that I was going to sing the blues. He took his finger and rubbed my face like he was transferring his talent to me. The last thing he said to me before he passed was “Honey, I am so proud of you because you went out there and made a name for yourself.”

MP-D: Your final track, “At Last”, a tribute to your role model, Etta James?

SK: Etta appeared in my father’s blues shows. She was the only female vocalist on his blues festivals back then so I naturally noticed her. I would have never chosen that song, but again John Lappen urged me to record it. Honestly though, nobody sings “At Last” like Etta.

MP-D: What are your future plans?

SK: I am really excited to go out there and put on my best shows ever, maybe even live jam with some of these talented musicians who accompany me on the album as special guests. I can see me on stage with Joe Louis Walker. I have worked a lot in Europe, Portugal, France and Italy where I have fan base. I hope to return there and to New Zealand and Canada with a show. People have been calling me, excited about the new album and asking about my future tour plans. It’s time for me to fix this bad stuff happening in the world and make people happy again.

MP-D: Is there anything else you would like your fans to know?

SK: I am so happy that I had the man they called Riley B. King as my father, who later on became the great B.B. King, in my life.  He has left the torch in my hand as the daughter of the blues. I want the fans to know that I am looking forward to coming out and bringing one of the best shows that they have ever seen in their lifetime because it won’t just be Shirley King. It will be Shirley King with the B.B. King spirit.