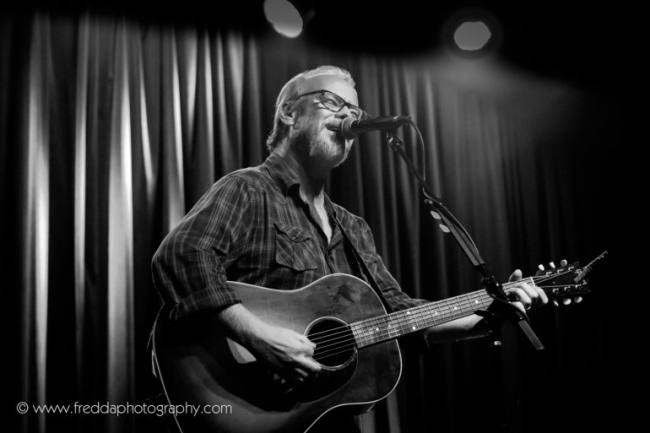 Shawn Mullins, from Decatur, Georgia, is known to many for his hit song “Lullaby.” After seeing him this evening at Fairfield Theatre Company in Fairfield, CT, it is clear to me that he has so much more to offer.

There were many in the audience who already know this. One was concert attendee, Melissa Barbagallo from Danbury, CT. She has been a big fan since the debut of his album “Soul’s Core,” released September 22, 1998. She was 16 at the time the record came out and was lucky to see him live in a small NYC bar. It was her first real concert and her parents had to check her in to see him play. Melissa said “It was the coolest! The people at the bar had no idea who he was but me and my friends were cheering. Since then, he has gotten me out of a lot of tough times with his music.” She was grateful that he was playing on the East Coast and you could feel her excitement as the music was about to begin.

As soon as Shawn Mullins started talking I was taken by his gravelly, soulful speaking voice which continued in his singing. I found myself looking forward to the stories as much as the songs. My favorite was the description of the first band he ever played in. He was in 7th grade and the band was called “Blood.” The other members were friends that he taught to play, not really knowing how to play himself. Mullins said they performed “Iron Man” by Black Sabbath, a song by Judas Priest and “TNT” by AC/DC to the students in their school from grades 1-7. At the end of the 3 songs only the 6th and 7th graders were left as the younger classes were quickly shuffled out by their teachers.

In another story he spoke of Hank Cochran who told him that if he wanted to write songs he should “kill his television and read.” He agreed with him, but said that he wrote “Pre Apocalypse Blues” with Tom Ryan while watching television.

Speaking of Tom Ryan, the show would not have been complete without his support on the Bass. His solid performance, good natured support and smiles added to the enjoyment of the show.

Towards the end of the show Mullins said “One of my jobs, through music, is to keep us lovin’ one another.” I saw the audience bonding over the music and his warmth filled the room. It helped to be seeing him on Stage One at the Fairfield Theatre Company which is a cozy venue that allows for a comfortable interaction between the audience and performers. When the show ended, the theatre started playing “Iron Man.” It made me smile and I imagine Shawn Mullins was laughing! What a great way to end the night.

Photographs and Review by Fredda Gordon 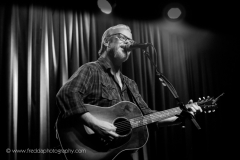 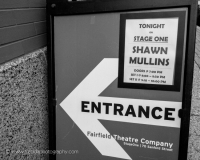 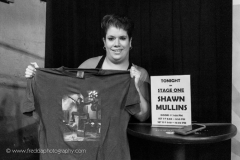 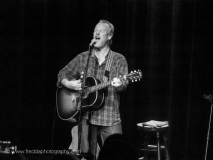 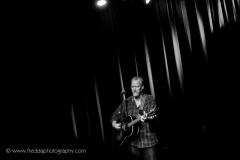