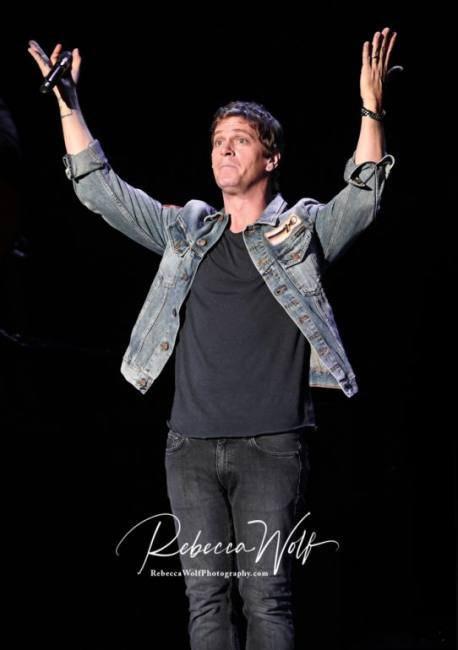 The word “smooth” is very fitting for singer, songwriter and multi-instrumentalist Rob Thomas. One might think this description is connected to the Grammy Award he received in 2000 for his collaboration on the song “Smooth”, with Carlos Santana. However, Rob Thomas is himself smooth,  well beyond the parameters of this award-winning song. Thomas carried himself on stage with an air of casual confidence and enthusiasm. While he was there to entertain his fans with his energetic pop-rock sound, he was obviously there to enjoy himself as well. And, it was apparent throughout the performance at Bergen Performing Art Center, that Thomas was having an amazing time, as he danced and jumped around the stage with boundless energy. More than 25 years after beginning in the music industry and almost 23 years since the release of the first Matchbox 20 album (with every song written by Thomas himself), this is a man who remains thrilled to be entertaining and sharing his music.

Thomas’ physical energy translated to undeniable passion, as he sang each and every song from his heart and soul, be it one of his Matchbox 20 songs or his own solo music. Noting that Bergen PAC was the smallest venue they would be playing on their current tour, it was apparent he thought this was “special” and was determined to give those in this smaller (1300 seat), sold-out venue exactly what they came for. Noting that he had been living for more than 20 years in NY, Thomas obviously felt the comfort of a “hometown” crowd. As he explained it, those from the NY and NJ are like brothers; we might talk smack about each other, but in the end we’ll defend one another if given a hard time from those beyond our region.

While the majority of fans were likely from the NY/NJ area, there was a wide range of ages and backgrounds amongst the audience. Matchbox 20, and solo Rob Thomas, had their greatest hits between 1997 – 2007.  Children and teens who discovered (and loved) their music in the late 90s and early 2000s are now in their 20s and 30s. Fans who were young adults at the time of their “heyday” are now middle age. And, many of those middle age individuals have introduced their children to the music of Rob Thomas. This brings along a whole new generation of fans to the scene. As I gazed around the audience, older women were singing and dancing in front of me, while behind me twenty-somethings sat fixated on the stage, while singing along with energy and gusto. No wonder people of all ages delighted in this performance, by such a talented, energetic and enthusiastic performer. With Thomas set to play in August at Mayo PAC, I am certain this highly skilled and “Smooth” performer will have everyone equally thrilled. 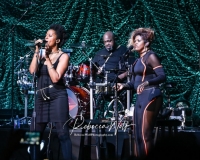 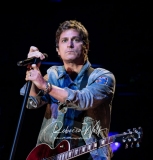 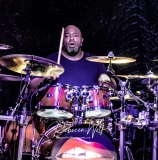 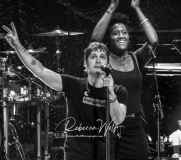