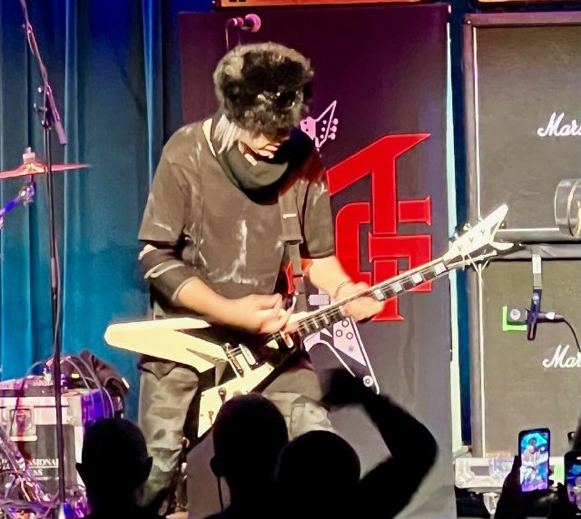 Rock n Roll guitar deities do not fade away. They always burn.

Michael Schenker is one of rock’s original wunderkinds. He made his debut with The Scorpions when he was 11. Joined the band full time a couple of years later.  Played on one of the Scorpions most celebrated albums, Love Drive.  He left The Scorpions to be the guitar player in one of the most underappreciated, yet one of the most powerful bands of the era, UFO.  He was 17.  He then spent his late teens with UFO where they produced revered album after album. Schenker is a riff machine. He wrote and played iconic riffs throughout these years.   A musician once shared with me that a song has to have a good riff and Schenker doesn’t have to take a back seat to many.

It had been nearly 30 years since I last saw Schenker live.  In the mid 90’s he rejoined UFO and they did a North American tour. They didn’t miss a beat. If Tyler and Perry are the Toxic Twins, Schenker and Way were the Cataclysmic Brothers. He has overcome colossal adversity and yet he still looms as an enormous presence as a guitarist.  The list of iconic Rock N Roll guitar solos has been debated since the birth of the genre.  Stairway to Heaven.  25 or 6 to 4. Freebird.  The list goes on.  One of the songs that should always be mentioned in the conversation is Rock Bottom by UFO.  If his career resume included just that solo, it would be enough to cement him in the guitarist Hall of Fame.

His reformed band MSG recently released a new album.  Schenker has never stopped creating music.  He has been a part of a release nearly every year of this century.  Pretty impressive. The current tour arrived in Fall River with no opener. Schenker walked onstage with his distinctive Flying V guitar. At 67, Schenker looks fit, nimble and energetic.  He is not shy about playing with one hand while the guitar is raised above his head or pointing the neck of the guitar directly at the audience.  He was having a ball and so was the audience.  The band sounded finely tuned as they surged through career spanning material.  The new release was represented by the song Emergency, which is a powerful piece.  Singer Ronnie Romero is an absolute vocal specimen.  He brought comparisons to another vocally gifted singer named Ronnie.  The final five or so songs focused on the UFO classics.  Doctor Doctor.  Lights Out. Only You Can Rock Me and the aforementioned Rock Bottom highlighted this string of tunes. Melodic hard rock at its best. 90 minutes later and the band departed the stage after providing the audience exactly what they came looking for.  An awe inspiring night of music filled with energy, emotion and songs that immediately shakes folks in the right places.