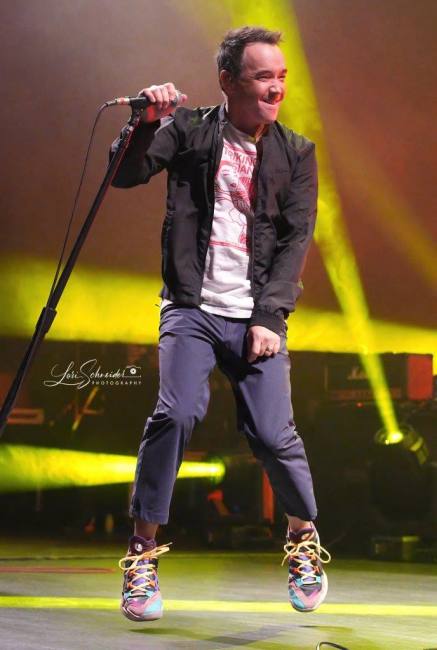 Southern California bands Hoobastank and Lit teamed up for a coheadlining tour, the Tried-N-True Tour, making their way to the MayoPAC in Morristown, NJ on Tuesday, October 18, 2022. They were joined by special guests Alien Ant Farm and The Ataris’ frontman/singer/songwriter/guitarist Kristopher Roe who opened the show. The tour kicked off in October and runs through mid-November.

Kris Roe, hailing originally from Indiana, originator of the California punk band, The Ataris (formed in 1995), kicked off a 30-minute acoustic set of songs with his own personal style of story telling. Family and life experiences are the inspiration for many of his songs. Those performed included ‘In This Diary’, ‘Carsong’, ‘So Long, Astoria’ and the Don Henley cover ‘The Boys of Summer’ with the crowd joining in and singing along to this closer.
You can find Kris Roe on Instagram @kristophertheataris and @theataris.
Alien Ant Farm took the stage next performing a 45-minute set. Formed in 1996, this Californian American rock band with five studio albums became internationally known in 2001 for two hits ‘Movies’ and a Michael Jackson cover of ‘Smooth Criminal’. With their energetic sound and sometimes humorous lyrics, they performed a 7-song set which opened with ‘Courage’ and included ‘Movies’, ‘Forgive and Forget’, ‘These Days’, ‘Attitude’, ‘Sticks and Stones’, closing with with ‘Smooth Criminal’.
You can find Alien Ant Farm online at http://www.alienantfarm.com and on Instagram @alienantfarmofficial.
Coheadliner, California American rock band Lit was up next for an hour long, 13-song set which brought the energy and Lit up the room (pun intended), getting the crowd on their feet from beginning to end. Formed in 1988 and with six studio albums and counting, they are best known for their hit single ‘My Own Worst Enemy’ from their 1999 album ‘A Place in the Sun’. They opened their set with ‘Kicked Off The Plane’ and performed fan favorites ‘Zip-Lock’, ‘Lipstick and Bruises’, ‘Miserable’, newer release ‘Mouth Shut’ and closed with ‘My Own Worst Enemy’. The music, lighting and energy of the band and crowd in the room made this a performance to remember!
You can find Lit online at http://www.litband.com and on Instagram @litbandofficial.
In November 2021, Hoobastank celebrated the 20-year anniversary of the release of their self-titled 2001 album ‘Hoobastank’. Six studio albums later, this coheadliner, California American rock, hard rock, alternative rock, post-grunge band formed in 1994, still rocks the stage today. Doug Robb (lead vocals), Dan Estrin (lead guitar, backup vocals), Jesse Charland (bass, keyboards, backup vocals) and Chris Hesse (drums, backup vocals) kept the crowd on their feet and the party going. Performing an hour long, 12-song set, they opened with ‘Same Direction’. Their lighting and same high energy performance and interaction with the crowd also made this a performance to remember! Their set would not have been complete without including some of their well known hits ‘Running Away’, ‘Remember Me’, ‘The Reason’ and closing the show ‘Crawling in the Dark’. The Tried-N-True Tour was definitely a tour to remember.
You can find Hoobastank online at http://www.hoobastank.com and on Instagram @hoobastank.
[Show slideshow] 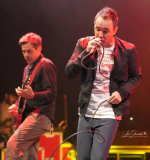 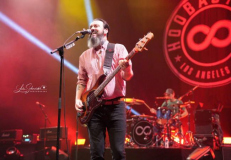 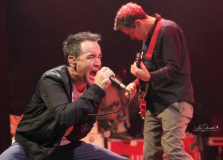 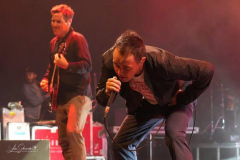 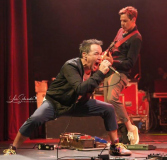 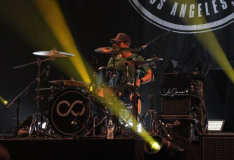 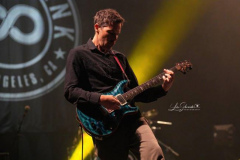 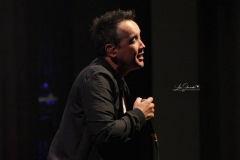 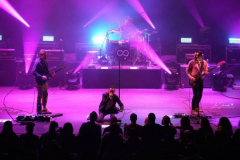 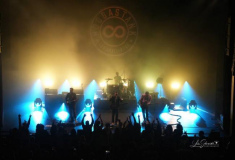 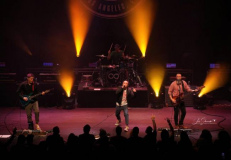 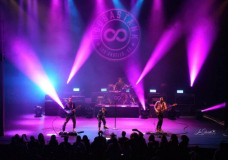