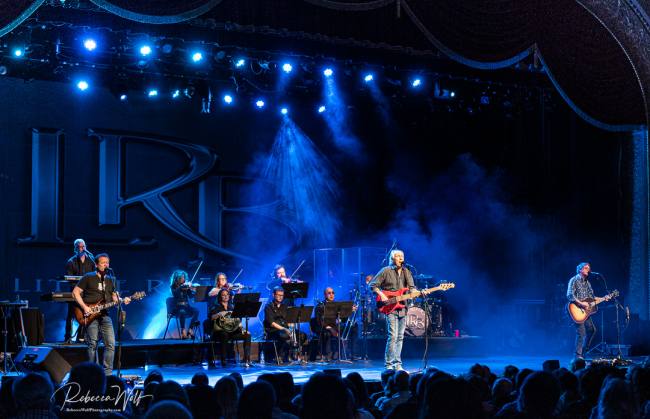 As an avid lover of 70s music I rarely pass up the opportunity to attend a musical performance of artists from this incredibly diverse decade. Some musicians from this era had a number of hits, while others ended up as “one hit wonders.” However, regardless of the breadth of their success, those who made it onto the airwaves on a consistent basis were heard by the masses and invariably left an indelible mark on a wide range of listeners, including myself.

Even before I was old enough to truly understand or in some instances care about lyrics, I was able to feel the energy, spirit and mood of the music I was taking in.  What I heard, became connected to specific life experiences and to the feelings which accompanied them. These poignant memories and feelings are what makes 70s music still so meaningful to me, and what makes attending performances by 70s artists such a thrill.

For most individuals who attend live shows, there is the expectation of hearing dynamic vocals and incredible instrumentals. There is even the hope that the live music will sound like the recorded version playing in their head. However, the expectation for me when attending a performance of treasured artists and beloved music from the 70s, is solely to experience the resurgence of memories, feelings and nostalgia generated by the music. Of course beautifully rich vocals, powerful instrumentals, and the possibility of hearing songs that sound like they did decades prior would be great…..but that’s never an expectation.The best shows for me are those I’ve attend solely on the premise of hearing my beloved 70s music, and ending up surprised and thrilled by the entire performance.

Little River Band, originating in the mid-1970s, is a pop rock band known for their beautiful harmonies, upbeat vibe, and feel-good, breezy melodies. From 1977 to 1983 the band amassed 10 Top 20 singles on the US Billboard charts, with “Reminiscing,”  “Lonesome Loser,” “Lady,” and “Cool Change” all in the Top 10.  Since the band’s inception, there has been a revolving door of musicians in and out of the band. While none of the founding members are presently in the band, bassist Wayne Nelson, who joined in 1980, has remained for more than 40 years and carries on the band’s legacy with his current band members; Chris Marion, keyboards and vocals, Ryan Ricks drums and vocals, Colin Whinnery, guitar and vocals and Bruce Wallace, guitar and vocals.

I entered the Union Country Performing Arts Center on October 29th without any expectations of the evening ahead of me. Only recently had I learned about the Union County Performing Arts Center. Having photographed concerts at many venues around the state I was a bit surprised to have never been aware of this venue. My level of surprise grew greater when I entered the historic theater and witnessed it’s beautiful interior, with a grand arch framing the stage, an expansive, beautifully decorative ceiling medallion, elegant vintage box seats, and elaborately crafted and restored moldings and trims. The performing arts center, originally built in the 1920s was painstaking restored over several decades and stands now as a majestic theater perfect for concerts and theatrical performances.

I eagerly awaited the arrival of Little River Band on stage, looking forward to hearing songs from my youth that would emotionally transported back in time. The energy and excitement in the audience was palpable.  It was quite evident these were longtime, tried and true fans, who evidently shared my eagerness.

The evening’s set opened with 1976’s  “It’s a Long Way There,” the band’s first US Top 40 hit, followed by “Man on Your Mind,” from their sixth album, 1981’s Time Exposure. From the moment the band hit the stage the crowd was engaged and enthralled, and remained in full spirit throughout the performance.

The 90-minute set included the band’s classic numbers, “Take It Easy On Me,” “Reminiscing,” “Help Is On The Way,” “Cool Change,” and “Lady,” interspersed with newer songs, including “The Other Guy,” “ The Lost And The Lonely,” and “You Dream I’ll Drive,” from 2013’s Cuts Like A Diamond. While it would be expected that the band’s beloved songs would receive a highly enthused reaction, as well as passionate audience participation, the “new” songs were greeted with positivity and appreciation; these were devoted fans of the Little River Band.  “We thank you for listening to some of our new songs,” Nelson announced to cheers of the audience. “All the hit songs were new songs at one time!”

While Little River Band’s music can feel light, airy and upbeat, watching guitarists Whinnery and Wallace passionately perform there’s no doubt the music has a real rock beat. These guitar players may be the newest members of the band but they jammed with one another, and with Nelson, in perfect sync and harmony. Marion showcased his melodic keyboard skills throughout the performance, opening “Cool Change,” with a beautiful solo, and joined Nelson centerstage to rock his keytar, while Ricks’ expertly laid down the band’s underlying rhythmic beat. After 40 years, Nelson’s voice continued to sound strong as he maintained the role of lead singer, with Wallace and Whinnery jumping in to showcase their powerful vocals skills.

No Little River Band performance would be complete without the band’s No. 6 hit, “Lonesome Loser.”  This  final number of the evening had fans on their feet, dancing, singing along, and sharing in the tremendous joy emanating from the stage.  As I entered the beautiful Union County Performing Arts Center on October 29th I was anticipating enjoying a show that would bring back the nostalgia and the memories from my youth. What I hadn’t expected was the invigorating, uplifting, joyful musical experience created by the wonderful instrumental and vocal abilities of the artists and the passion they brought to their performance. For me, the best shows are those I’ve attended with no expectations, and ending up surprised and thrilled by the performance …. Little River Band was one of those fabulous surprises! 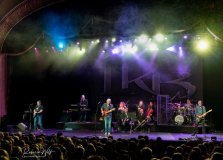 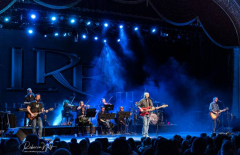 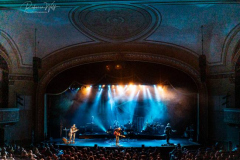 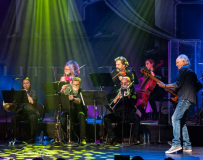 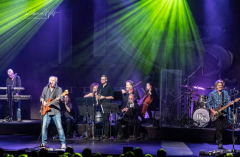 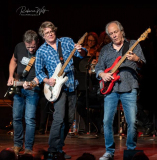