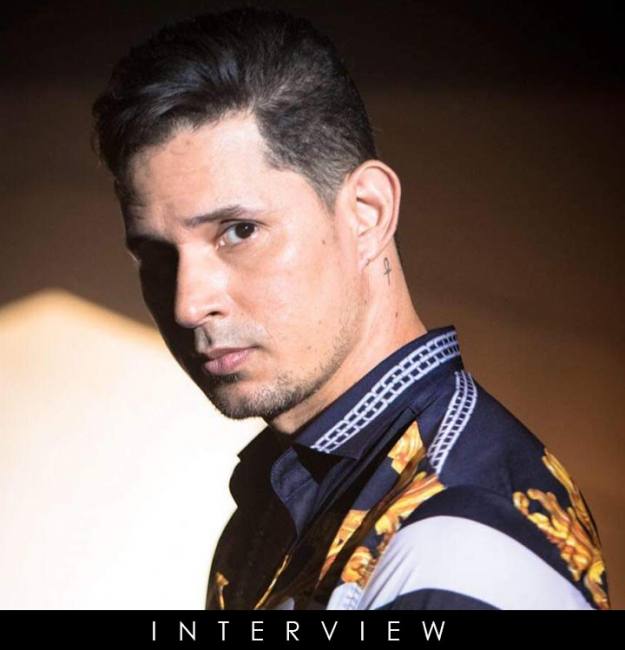 I had a chance to speak to Leoni Torres through Giovanni who translated and answered my questions. Torres is a talented vibrant performer with a beautiful voice and strong connection to his music. He is a super star in Cuba and has already accomplished so much in the US as well. You can see him perform live at the Wellmont Theater on September 5th and can see his work on You Tube. I look forward to seeing more of his work and what he will bring in the future!

Giovanni for LT: I have the artist next to me so whatever you want to ask him….

Fredda Gordon: First of all, I have the same birthday as you.

FG: How does it feel working solo vs. with Charanga Habanero

FG: I understand you started by working as a refrigerator technician. How long did you do that for?

G: (Laughter) Oh, that question, let me tell you. He did that for 3 years. Wow! That’s crazy that you got that information.

FG: 3 years, and then he did a comedy group?

G: He started in a trio that wasn’t really like… it was comedy, what they would do was like Weird Al Yankovic, he does sketches and he does other songs. In Cuba it’s very popular for a trio like that to do a Michael Jackson skit with his music and dress like him and then do something like the titanic, for instance. They do a lot of, it’s called Parodia, I don’t know how to say it in English. You laugh but it has to do with acting and performing and mimicking. So the group was really like that, a comedy group in that way, not stand up comedy like we know it.

FG: Is any of that recorded online somewhere?

FG: I wanted to see that.

G: It was very brief. He was 7 years with Charanga Habanero which is a very popular group from Cuba. He’s been solo already for 7 years. He is the only one from that genre that has continued to do some type of salsa. But, as you can tell with the videos, he really worries about the quality of the videos and also all of the songs. He’s also a very, very talented performer on stage with his dancing moves. It’s a package that’s not seen… good vocalist, good composer, great dancer, and very humble guy. It’s a hard package to come across.

FG: In his solo career he’s worked on movie soundtracks, recorded albums, performed on tours, and worked with Marc Anthony, among other things. Can you tell us about that work?

G: He has a video featuring Gilberto Santa Rosa. That video is incredible. It was just done 6 months ago. And then one that we did 3 months ago was Leoni Torres featuring Rosario Flores. She’s the daughter of the biggest icon in Spain, Lola Flores, who passed a few years ago. Rosario Flores is an incredible artist and being the daughter, or son, of a great artist it’s hard to fill their shoes but she’s very, very, very good.

FG: And he worked with Marc Anthony.

G: Yes, he’s the composer for ASCAP’s 2017 Tropical Song of the Year winner Traidora. He’s the original composer and he rendered the composition, after it was recorded, to Marc Anthony and Gentes De Zona. He also has a new single that just came out with Gentes De Zona called “Mejor Sin Ti.” “I’m Better Without You.” He was working with Marc for various songs, and various compositions, and that’s the one they were able to record.

FG: There’s a strong music culture in Cuba. How has that effected his music?

G: With all the challenges in their country they still find a positive way to project this happiness and to really concentrate on the music. He’s all about music. 24 hours a day dedicated to this, to compositions. That really feeds him. There’s big energy in that country as far as talent. It’s something special. The culture is incredible.

FG: How does he prepare for his performances?

FG: What was his first meaningful musical experience?

G: When he did his first recital he was expected as a professional musician to go into schooling. You have to do a test, you have to perform before you’re able to have a representative.

FG: Is there something he would like to do musically that he’s not already doing? 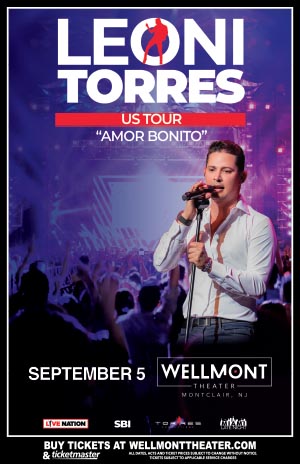 Torres, of international fame and the vocalist behind the hit “Para que un día vuelvas,” comes to North Jersey’s premier concert venue this September. Torres, formerly a member of the David Calzado group Charanga Habanero and longtime collaborator with icon Marc Anthony, has a unique musical flair and lyrical talents. The performer, whose duets have garnered worldwide fame, will be at the Wellmont this September for a can’t-miss performance!

MONTCLAIR, N.J. – Aug. 28, 2019 – The Wellmont Theater, New Jersey’s premier live entertainment venue, is proud to announce today its partnership with the Mental Health Association (MHA) of Essex and Morris Inc., to recognize September as “National Suicide Prevention Month.” The theater is set to work with the organization throughout September to make suicide prevention resources and donation opportunities available to audience members. These will be both online and in the Wellmont Theater lobby.

According to the National Institute of Mental Health, suicide is one of the leading causes of death in the United States, claiming the lives of more than 40,000 people annually. This partnership aims to save lives by shedding light on numerous areas of mental health, including the importance of removing the stigma associated with emotional and mental disorders.

The MHA, the Wellmont’s partner in the month-long campaign, is a recognized leader in mental health systems change throughout northern New Jersey.

The Wellmont Theater will match a portion of the proceeds to the MHA and will provide an opportunity for audience members to make $1 individual contributions when they purchase tickets through Ticketmaster. Free materials will be handed out in the lobby at every show from the Substance Abuse and Mental Health Services Administration (SAMSHA) and the MHA. This includes a suicide resource calendar, toolkit for high schools and prevention and assessment wallet cards.

For anyone currently struggling with the issue of suicide, the National Suicide Prevention Lifeline is available 24 hours a day, seven days per week at 1-800-273-8255.