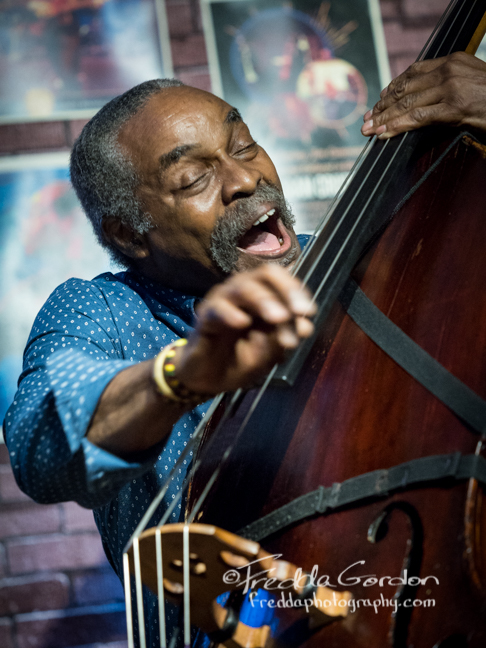 All too soon Sept 22nd comes, the last day of the Long Beach, NY Jazz Festival. Luckily it’s packed with awe-inspiring musicians from start to finish.

The day began with a jazz trio consisting of Bob Lepley (piano), James Cammack (bass) and Frank Bellucci (drums). Their upbeat, classic vibe was wonderful and led to a great beginning to the day.

Next was Michael Manring on solo bass. He joked “If you’re waiting for the rest of my band to show up, you’re out of luck, but we’ll see what we can come up with,” and he came up with a lot! He filled the room with a full sound and didn’t need any band behind behind him. The songs he played his interpretations of varied from “Suite No. 3” by Bach to “Lean on Me” by Bill Withers and lots in between. Many had him bouncing out of his seat with energy. Some of his own songs were played on a bass made just for him that is fitted with many switches allowing him to change the tuning in the middle of a song. “Enormous Room,” named for his favorite book, had him changing the tuning every few measures and was a great piece.

A highlight of the day was the Alex Blake group. The energy that came from that group was unbelievable. Alex Blake’s foot pounding, hands flying, and emotional scatting on his upright bass sent the show off the rails and his bandmates followed suit. Yoichi Uzeki (keys), Alex Foster (sax), and Victor “Ya Ya” Jones (drums) all had their incredible moments in this set. They played one of Jones’s songs, “Anya’s Intuition.” Jones said it was named for his ex-wife and the intense energy of the song had everyone wondering about Anya. Even introducing the band was musical as Blake improvised on his electric bass between each person, sometimes needing to finish his musical thought before going to the next person to the delight of the audience. The energy from the stage was palpable throughout the set leaving everyone feeling energized.

Frank Vignola and Vinnie Raniolo’s, an extremely talented guitar duo paired their playing with laughter as they joked throughout their set. Their talent is so strong that any interruption, including a break in the middle of the song as they posed for a photograph, didn’t stop them from their totally in-sync performance. Most songs were fast, moving quickly with complicated riffs in unison. They played their renditions of “The Sound of Silence,” “It Might as Well be Spring,” “September Song,” and more. They also encouraged audience singing of the choruses in “Cheek to Cheek” and “Eye of the Tiger.” So much fun!

Next up was the awesome Oz Noy Boogaloo Band featuring Will Lee (bass), Gene Lake (drums) and Brian Charette (keys). Oz Noy’s easy way of playing complicated music is mesmerizing and the hour flew by. He played his version of “Snap Dragon” and “Other Look” in addition to much of his own music including a few new songs that he is currently recording. Lake was impressive on the drums and flew around them creating great music. Charette was great on keys as was Lee on bass, dancing around while providing steady, interesting rhythm. Seeing this group was a special ending to a wonderful weekend of great music. I already can’t wait until next year!

In addition to the musicians a lot of people worked hard to make this happen. I would like to mention Steve Adelson who, in addition to performing with his band, put the whole show together. His hard work is a boon to jazz and should be celebrated. 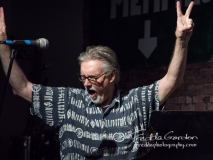 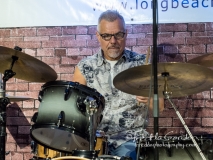 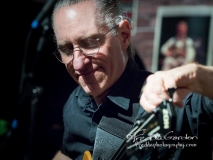 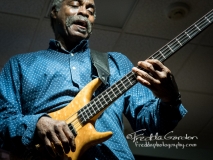 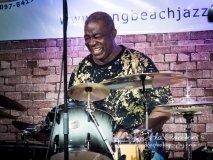 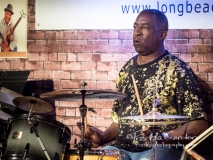 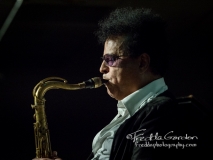 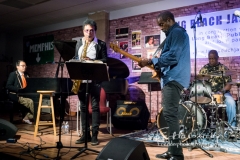 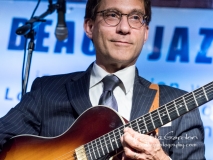 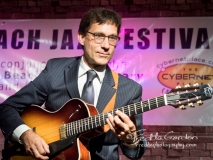 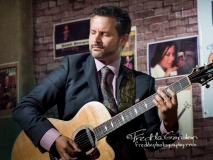 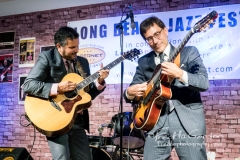 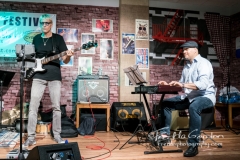 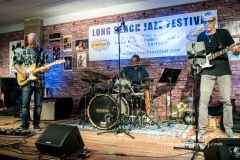 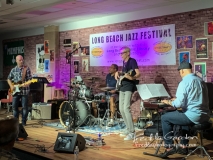 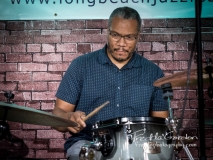 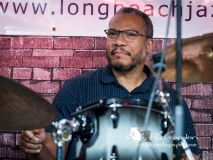 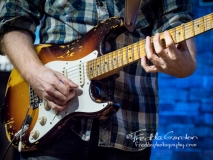