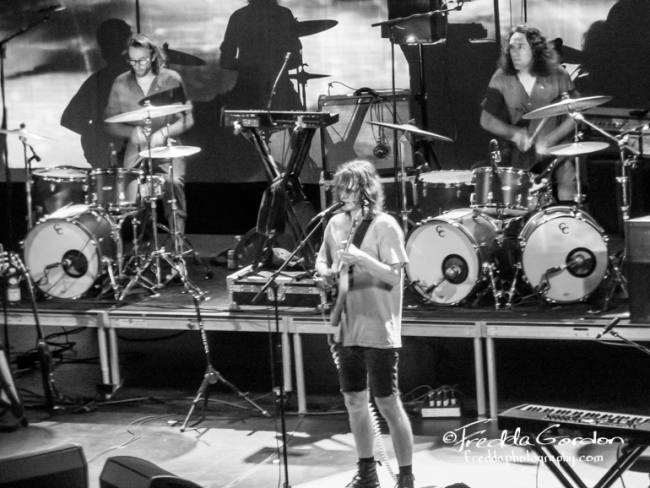 King Gizzard and the Lizard Wizard performed for the first time in Connecticut tonight at College Street Music Hall, New Haven, CT. It turns out, mosh pits are still a thing. I am new to this band but am so happy I found them, but I’m also glad I wasn’t on the floor as it was packed and the crowd was rambunctious.

After the warm up bands, King Gizzard and the Lizard Wizard came onto the stage unceremoniously testing the microphone. “Standing. I’m standing” said Ambrose Kenny-Smith to test one of his 2 mics. Then they left the stage.

The lights were lowered and anticipation filled the room. A few minutes later, to a booming bass crescendo, they re-entered the stage with flare. A quick hello, the music begins and you know you’re watching history as the sound resonates and the stage is awash in colors with a dynamic slide show backdrop. The reaction from the audience is fueled by all of this as people are moved to clap, wave their arms, bang into each other and even body surf. The energy was palpable.

You can clearly hear all the lyrics which are repetitive and seem to be there to give space for the music behind them. Although there aren’t many words you still don’t want the song to end. One song that stood out had Kenny-Smith singing “What in the world is going on? Why can’t we all just get along?” Each song was greeted by cheers from the audience. Songs included “Crumbling Castle,” “The Castle in the Air,” “Muddy Water,” “Mars for the Rich” and “The River”. I’ve included the complete set list below.

Their performance was super tight and invigorating. Michael Cavanagh and Eric Moore kept the music moving and managed to hit their drums at exactly the same time, in the same way, for much of the evening. That in itself was mesmerizing to watch.

King Gizzard and the Lizard Wizard incorporates many genres into their music including jazz, classical and, of course, rock. One of the audience members commented that their song “Rattlesnake” sounded like Carmina Burana performed by a rock band. I also felt some Jethro Tull and Frank Zappa influences in their style.

Review and Photos by Fredda Gordon. 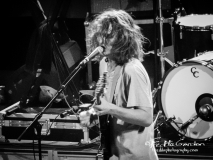 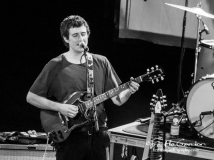 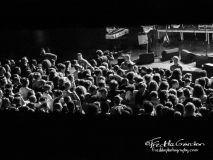 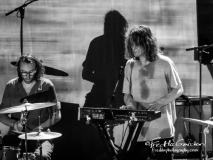 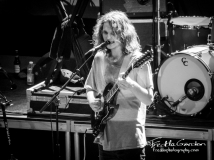 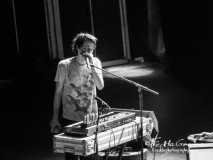 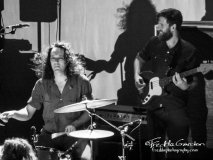 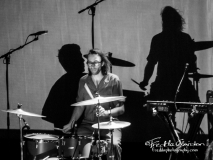 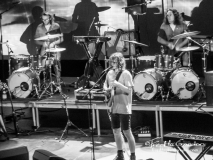