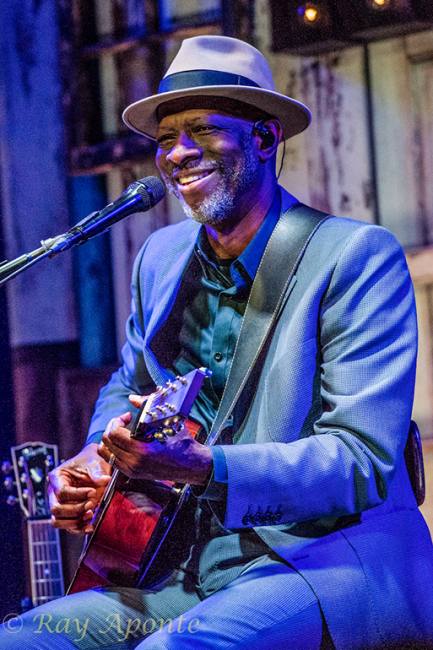 From the moment the young lad from Greenville Georgia step onto the stage at Sony Hall in NYC opening up for Keb Mo, it was evident that it was going to be a fun night of blues.  The young “Old Soul” bluesman had a command of his music and instrument that screamed of classic down home country blues.
Jontavious Willis had a comedic demeanor when instructing the audience on the pronunciation of his rather unique name but to be sure, fun was had by all on that front.
He proceeded to mesmerize and entertain the audience with his songs and telling stories the way veteran bluesmen tend to do.  To say that Jontavious was well received is an understatement as was demonstrated by the loud and raucous standing ovation they gave him when he stepped off the stage to make way for one of his mentors Mr. Keb Mo.
This young man of 23 years old has definitely made a splash in the blues world whose rippling effect will be felt and heard near and far.  Definitely catch this rising star the next chance you get.

The crowd at Sony Hall after the set of young Master Jontavious Willis’ set was primed and ready for more blues and they definitely got that when Mr. Willis’ mentor Keb Mo stepped onto the stage.
Keb Mo, in a smooth looking blue suit and signature fedora, proceeded to give the crowd what they came for.  His songs and fingerpicking and story telling in his classic style had the audience foot stomping, hand clapping, and swaying to his classic tunes and his soulful melodies.  Keb Mo’s interaction with the audience was entertaining for sure as he traded comments, and requests from the audience in a style that only be described as “Classy”.
This veteran bluesman never failed to keep the audience engaged and entertained from first note to his last and eventual return to stage for an encore that left the audience appreciative as another standing ovation was given to the gentleman of the blues with numerous hand shakes and high fives with the audience as he sauntered off stage in the way that only Keb Mo could. 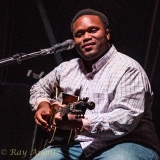 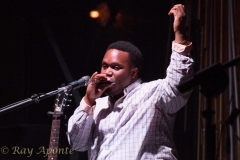 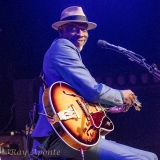 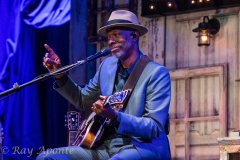 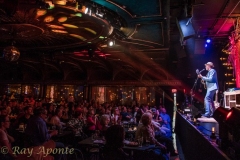