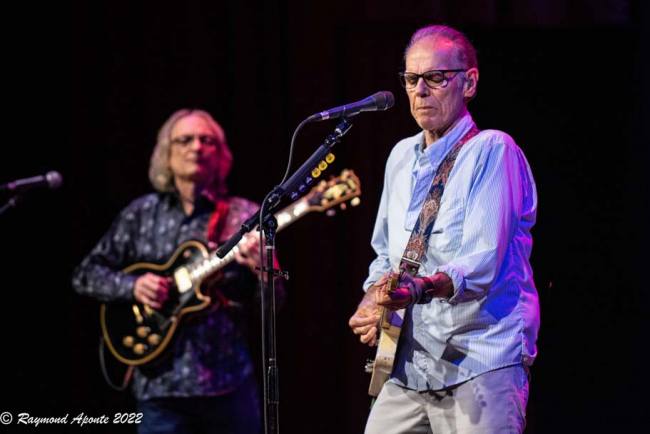 The evening’s crowd was filled with obvious fans of John Hiatt and The Goners, but the opening act surprised more than a few of the audience members.

Matt Lorenz aka The Suitcase Junket opened with his unique version of throat singing/whistling to a very receptive audience once the singing and playing of his guitar followed suit.  His style of music could be considered folk, rock, country, Americana, Appalachian and everything in between.  To say that the audience was surprised and pleased in my opinion is an understatement as was shown by the raucous applause and cheering after his first piece.  Matt is entertaining for sure and when he introduces his band, consisting of a high hat, and various pots and pans you know that by the end of his set, The Suitcase Junket had gained more than a few new fans.  Don’t miss the opportunity to see him when he makes his way around to NYC, you’ll not be disappointed.

The main event was John Hiatt and The Goners, and after being primed by the Suitcase Junket, it was quite evident that the crowd appreciated the long and hard road that John Hiatt has travelled to achieve his notoriety.  John Hiatt and The Goners led by Sonny Landreth on guitar, Kennth Blevins on drums and Dave Ranson on bass, brought to the stage a huge and entertaining library of John Hiatt songs.   Songs like “Have A Little Faith in Me”,” A Thing Called Love” made famous by Bonnie Raitt, had the audience toe tapping and singing right along with John most of the songs of the evening.  The talents of this group of veteran musicians meshed well together and was well received by the audience.  This veteran brought his A-game to City Winery and a good time was had by all to be sure. 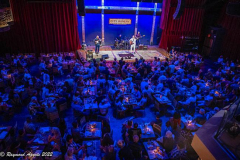 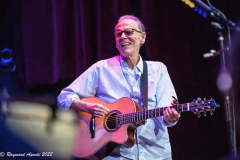 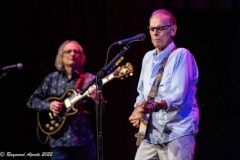 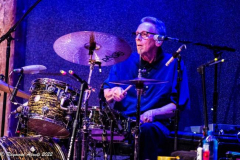 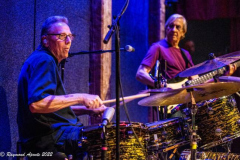 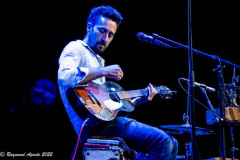 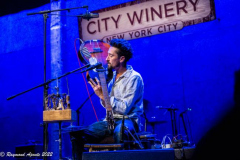 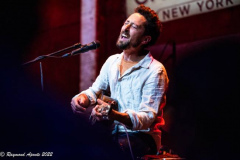 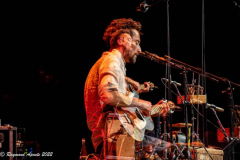 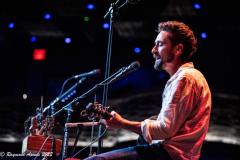